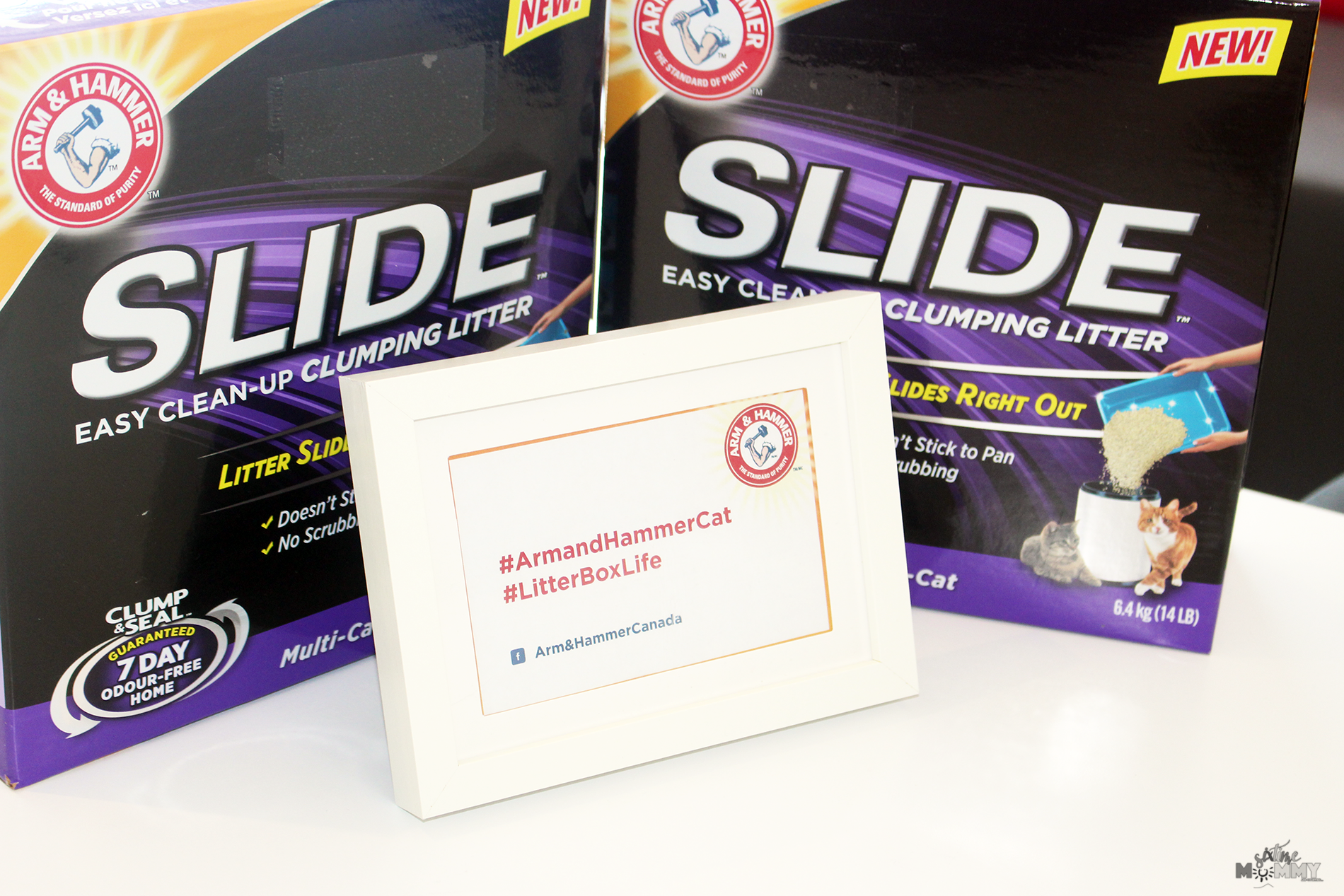 This past Thursday I attended a small group discussion for Arm & Hammer™ with the internationally-acclaimed cat behaviourist, Mieshelle Nagelschneider, to address these commonly asked cat behaviour questions.

Now that Spring has arrived it’s kitten season! More people are looking to adopt kittens (or cats) and being spring there are more and more kittens popping up. It’s the perfect time to dive into some information about cats and cat litter. One of the most common reasons people surrender their cats, or kittens to the shelter or put them outside is due to litter box concerns, a topic discussed in great detail over on Kneadcat.com in their various articles on the matter. Kittens and Cats can sometimes go outside the litter box which a lot of people think means there is an issue with the kitten or cat but most of the time, that isn’t the case. There is a reason for your cat or kitten to go to the bathroom outside the litter box and thankfully Mieshelle, also known as the Cat Whisperer, was able to answer some questions for us bloggers in regards to this and also provide us with some really great information and resources. 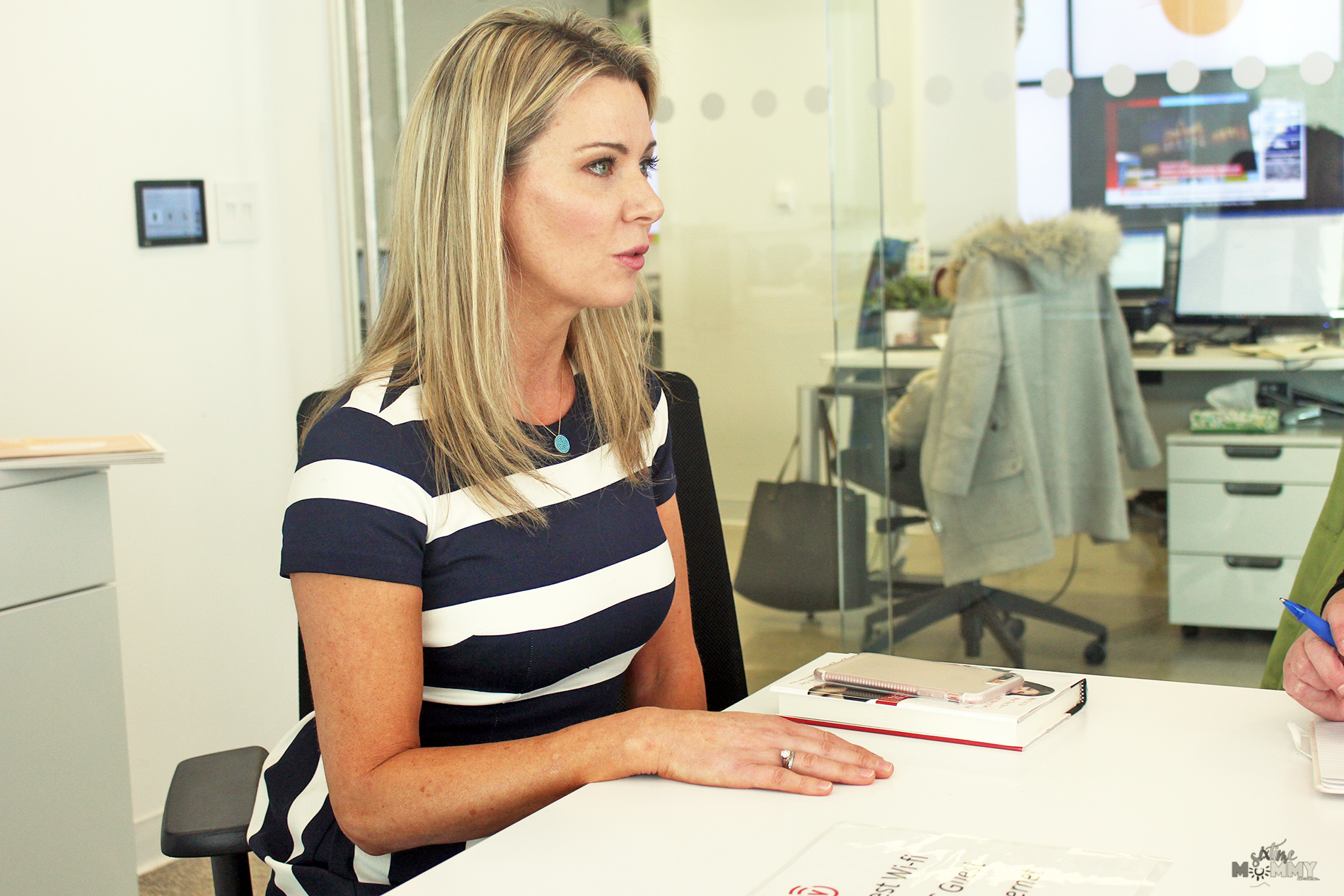 Millions of cats each year are surrendered to shelters due to litter box issues. With a bit of patience and care, litter box problems are some of the easiest to solve.

Why do Cats Urinate Outside the Litter Box?

Most times cat owners put litter boxes in hidden areas like a laundry room and don’t have enough litter boxes. Did you know you need a litter box PER cat, plus one? If you have 2 cats you should, in fact, have 3 litter boxes in different places inside your home. Also, don’t keep boxes near each other. In nature cats instincts are to go in different places to trick predators and keep them guessing. After cats reach age 2, they will seek out other sites to use – so keep litter boxes in multiple areas. Have a tight space? Multiple locations trumps the number of boxes.

Having cats means a smelly litter box right? Wrong. With Arm & Hammer™, they’ve made it simple and easy not only to change the litter box but combat those smells too! With the new litter, Slide from Arm & Hammer

Mieshelle suggests uncovered litter boxes. In nature, they don’t urinate in hollowed out logs. They want to have a good escape potential, so they need open spaces like an uncovered box. Most cat owners think their cats prefer privacy however, by keeping the litter box uncovered, you give your cat several ways to escape if it feels threatened, making it less likely it will urinate somewhere it feels safer (ie: couch, bed)

Cats cannot see in the dark. Keeping nightlights near the litter box areas is a great idea because they need some light to be able to see in the dark. So in the evenings try turning the night light on so they feel safe and can navigate their way around easily.

According to Mieshelle, it’s extremely important to scoop your cat’s litter once to twice a day and change the litter completely every 30 days. Cats like clean, they don’t want to attract predators so if a litter box smells, or gets too full cats will stop using the box as they are worried predators will find them. Cats are also very sensitive to smells and texture. The all-new Arm & Hammer Slide Cat Litter has the most important elements needed in a cat litter.

How can I stop a Cat From Urinating Somewhere Other Than a Litter Box?

Keeping the cats litter box clean, and easily accessible will help. If you find they have a select spot (bed, carpet, couch) you can use a thing called SSSCAT Spray Deterrent and placing the can where they like to go urinate, and if they jump up to do so the SSSCat can will spray and eventually they’ll know and not jump up. You want to curb this behaviour, and stop it as quickly as it starts. The SSSCat can will run out eventually, and you can replace or simply leave the can and when the cat sees it won’t jump up.

Arm & Hammer ™ Slide doesn’t stick to cats paws, it’s also soft on their little paws. Slide, slides out of the box for easy clean up and during a demo with another competitor slide didn’t stick to the sides of the box as much (keep in mind a litter box has different sides/edges so it will come off even more from an actual litter box) and also, when the fluid was poured in the corners of the litter box – you couldn’t see it in the slide. It absorbs quickly and really well.

During the discussion, we were treated to a demo of the cat litter. Pouring the same amount of solution on the side of the litter box, where cats generally like to urinate we then waited a few moments before pouring it out to see how well it would “slide” off into the garbage. I was impressed. 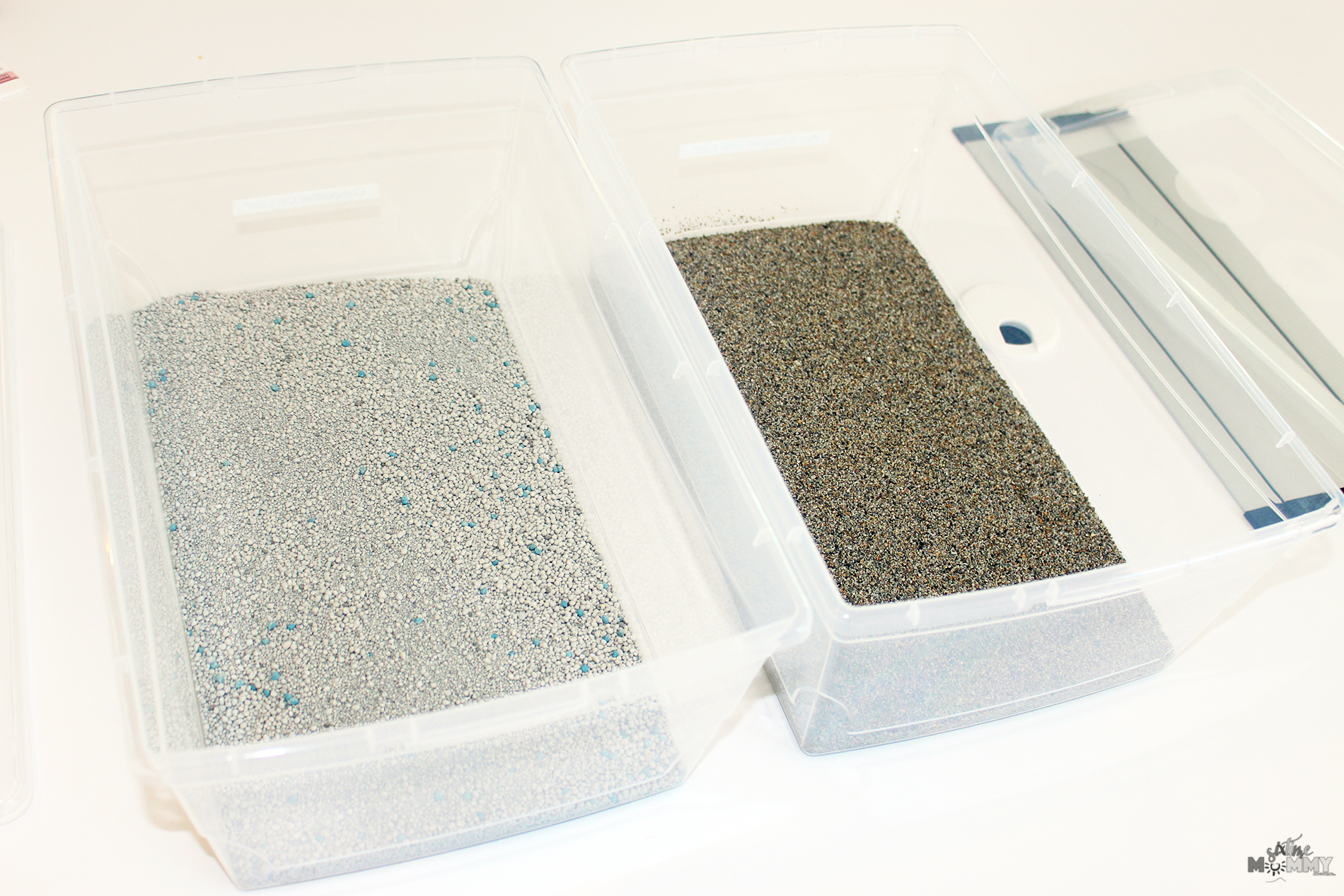 Note you can see the wetness in the competitor brand but barely in the new Slide: 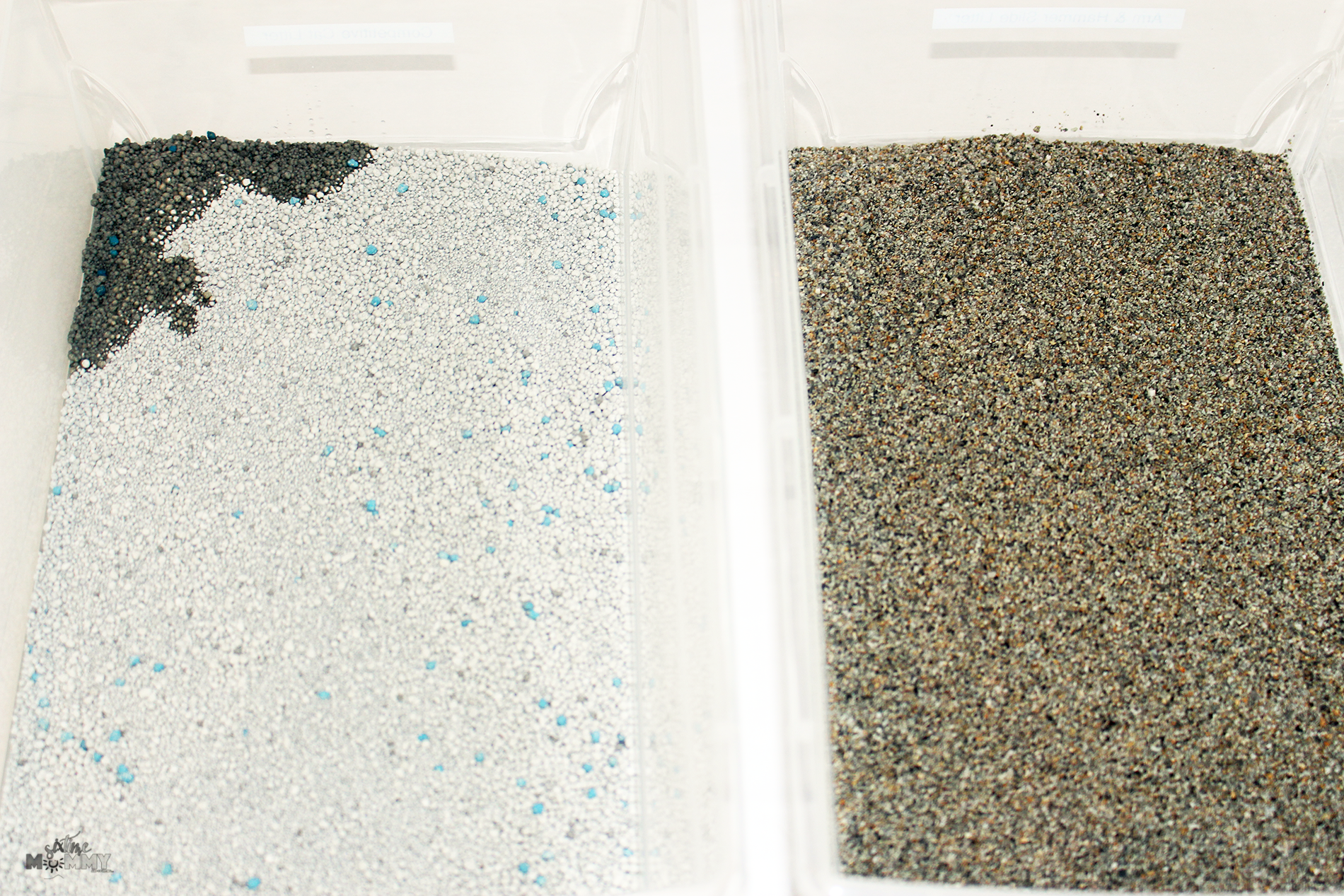 Now, the moment of truth. Which would slide right off and which would stay in the corner of the box like most cat litters do? 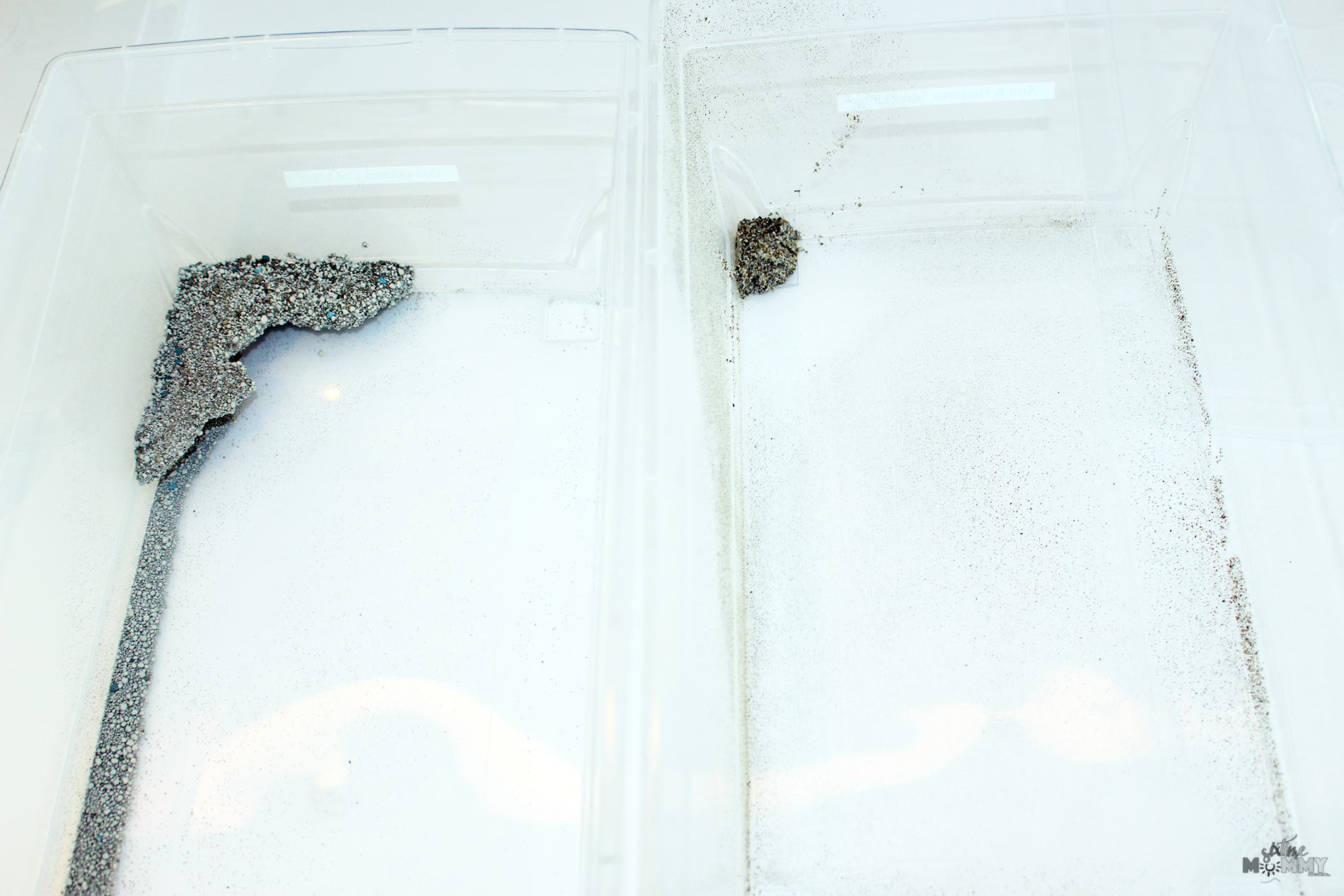 Arm & Hammer™ Wins by a landSLIDE (see what I did there?) I don’t know about you but when I go to purchase litter for my 3 special kitties I look for 3 main things. 1. Safe/Healthy for my cats. 2. Eliminating odours and 3. Easiest to use. Arm & Hammer Slide Easy Clean-Up Clumping Litter provides all that and more, so its a no brainer for me.

At the end of the discussion, we were treated to a visit by two special guests. Two little kittens from the Ontario SPCA (Both of which are up for adoption soon, and they are brother and sister!) oh so stinkin’ cute. 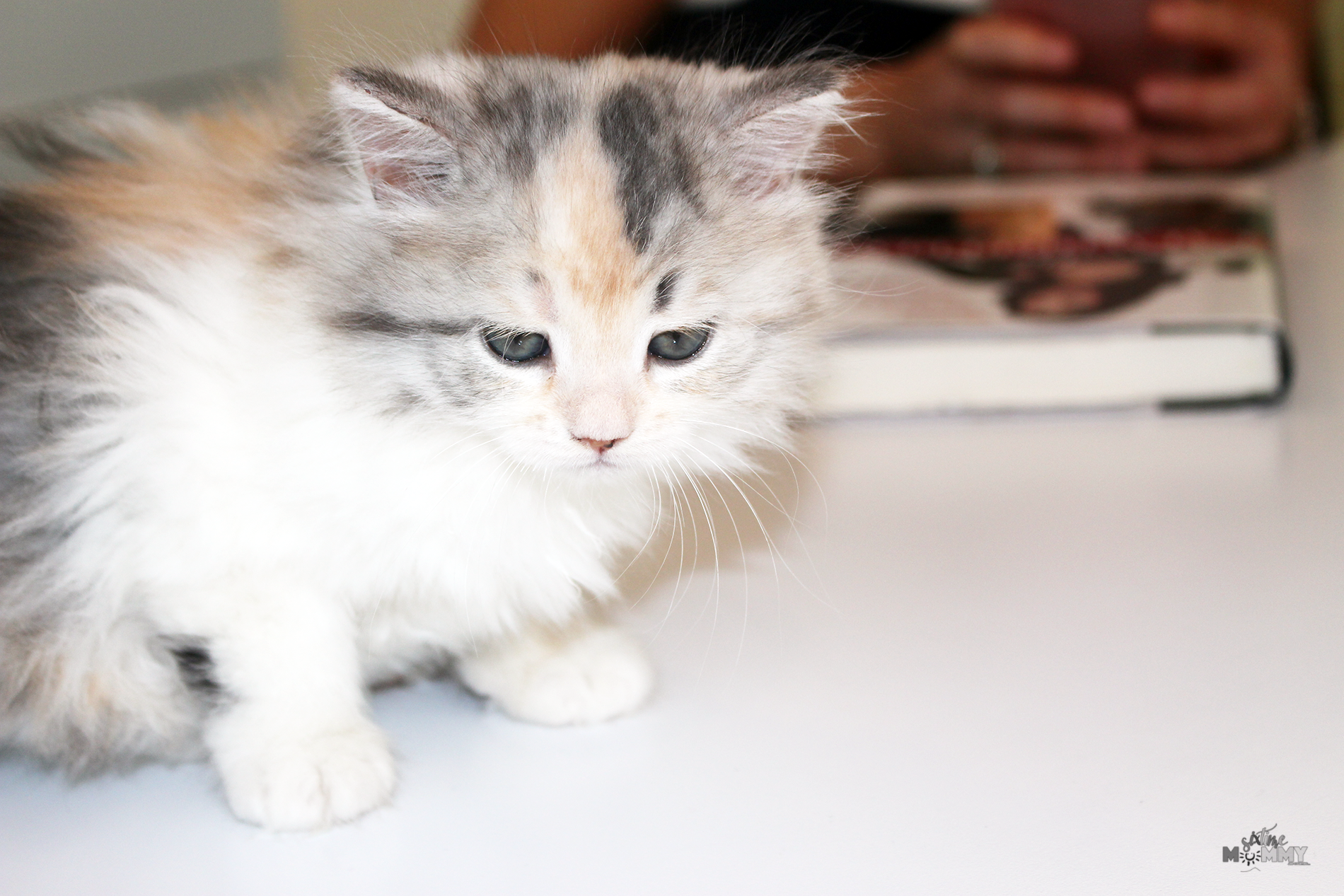 And her brother, Sonics: 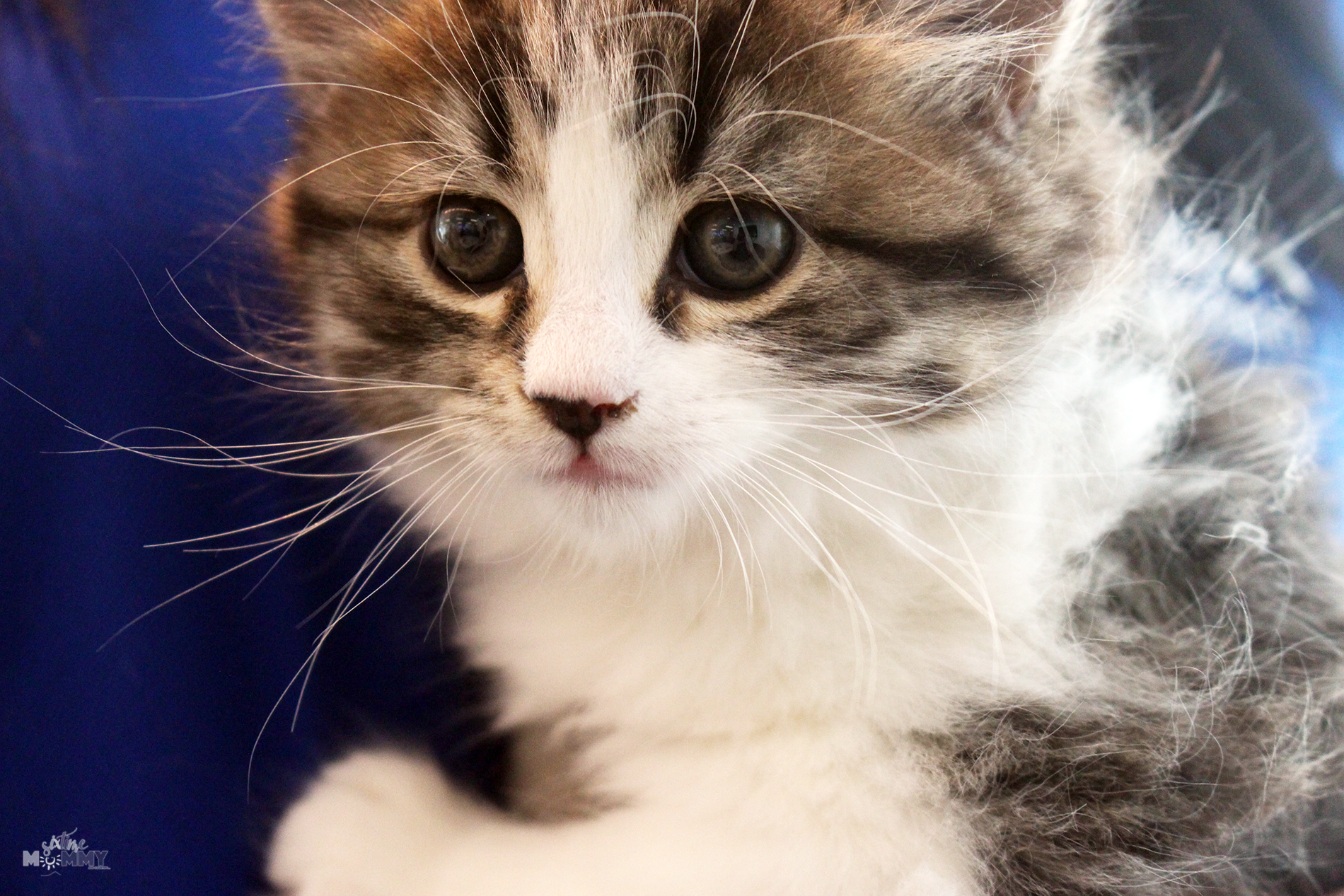 Where to Purchase and Price:

For more information on this litter, and other Arm & Hammer™ visit: ArmAndHammerPets.Ca

What is the most important feature you look for when purchasing cat litter?

Disclosure: This post is sponsored and is brought to you in partnership with Arm & Hammer™. All opinions expressed are mine. 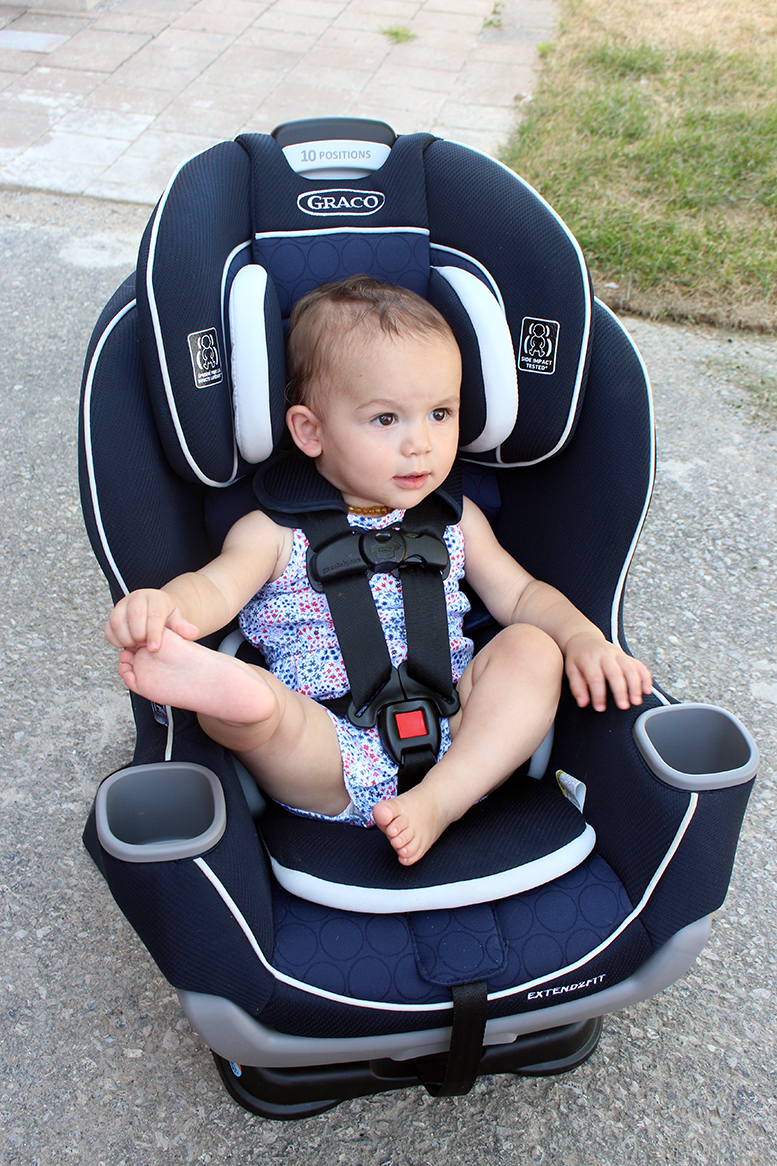 Disclosure: This post is in partnership with Graco Canada. I am a Generation Graco Ambassador. As always, opinions are all mine. Although we don’t have a vehicle, we always make sure to have car seats on hand for our kids. After seeing how much car insurance can cost when a friend told us about this… 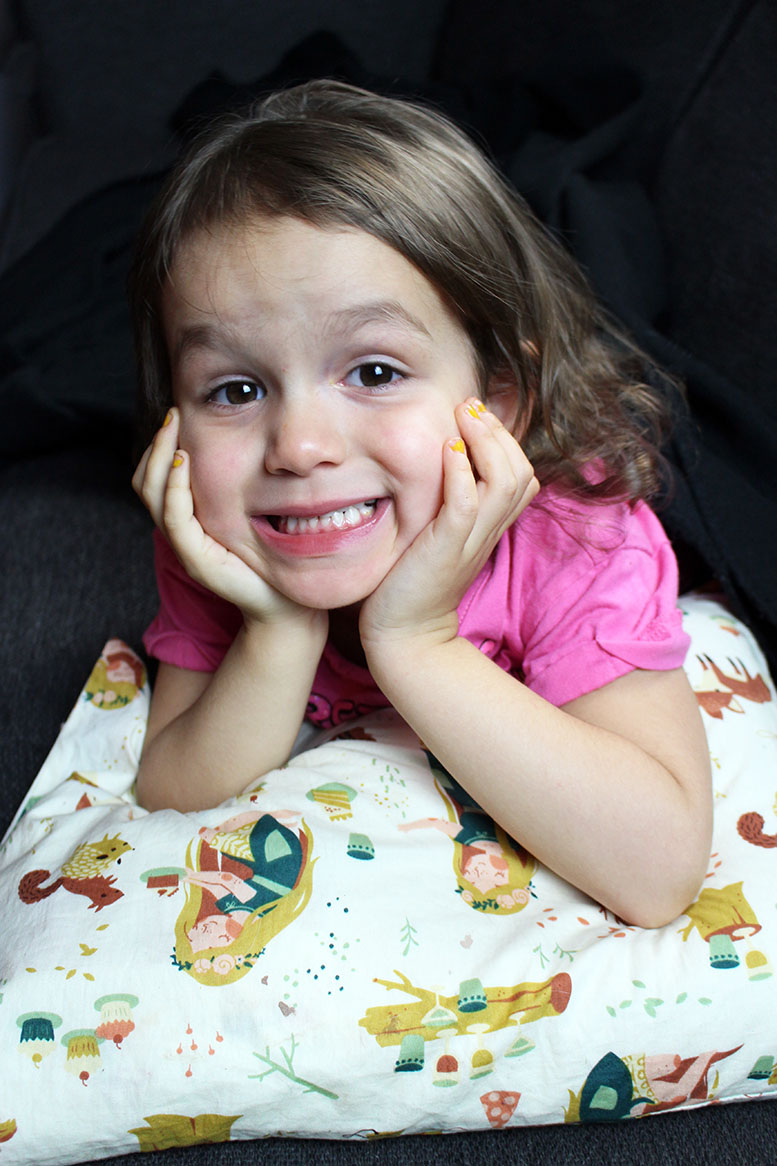 My kids are just like their mama and always want to be comfy and lounging around, it’s a real gift. We do lounging really well up in this house. Anyway, for movie nights or just chilling out watching tv the kids needed something different that would be more comfortable for their neck. So, this brings… 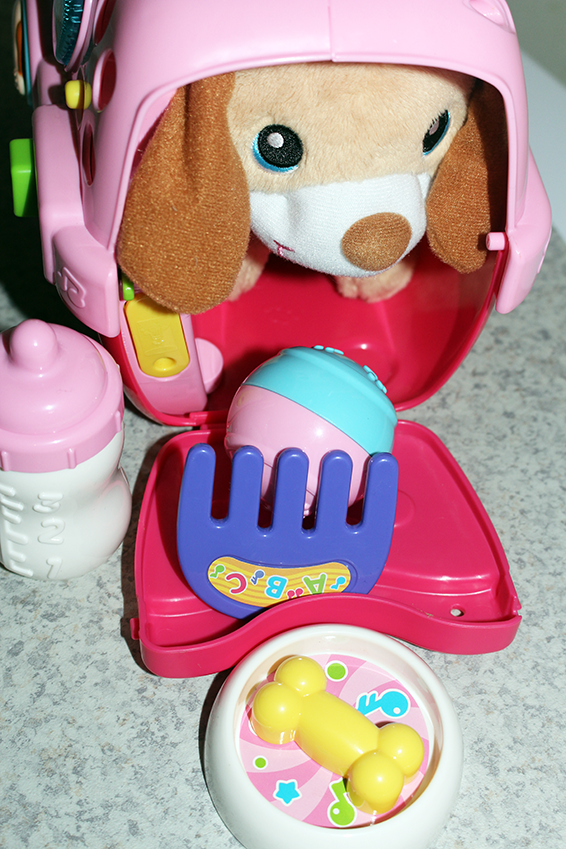 We have a house full of pets and as I’ve mentioned quite a few times before I’ve always had a house full of pets, growing up we even had a dog that was part wolf (who was a total sweetheart and amazing dog!) so I always wanted to make sure my kids were exposed to… 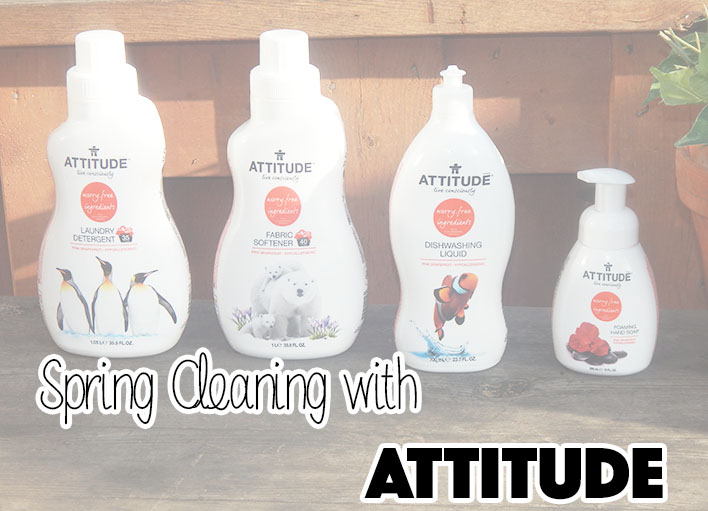 Spring cleaning has never been my favourite thing to do, but according to house cleaning pro Maria Lopez, it’s something that just has to be done. Being pregnant the cleaner everything is the better — thanks, baby! Also, my sense of smell has never been extremely heightened than it is this time around. So to… 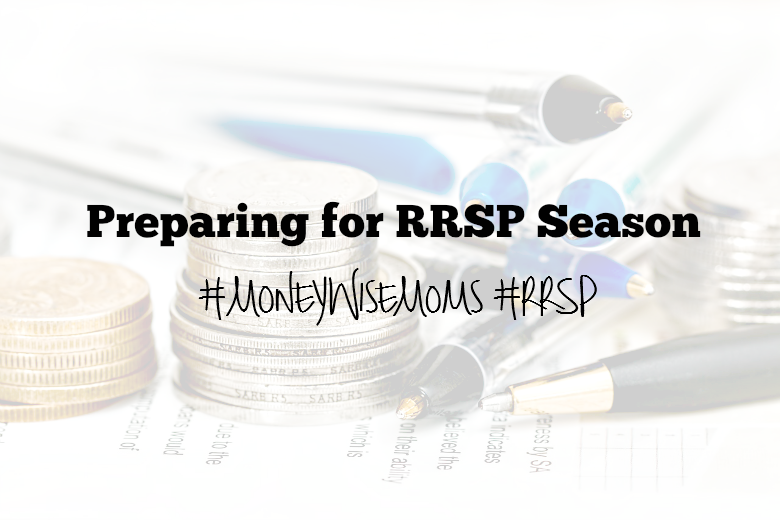 RRSP Season is upon us! Are you ready? I’ll be honest, I wasn’t exactly sure what RRSP’s were until recently and thankfully my wonderful friends at Ratesupermarket.ca made it easy to learn about RRSP’s with their handy, What Is an RRSP page. What is an RRSP exactly? Well in a few words — A Registered… 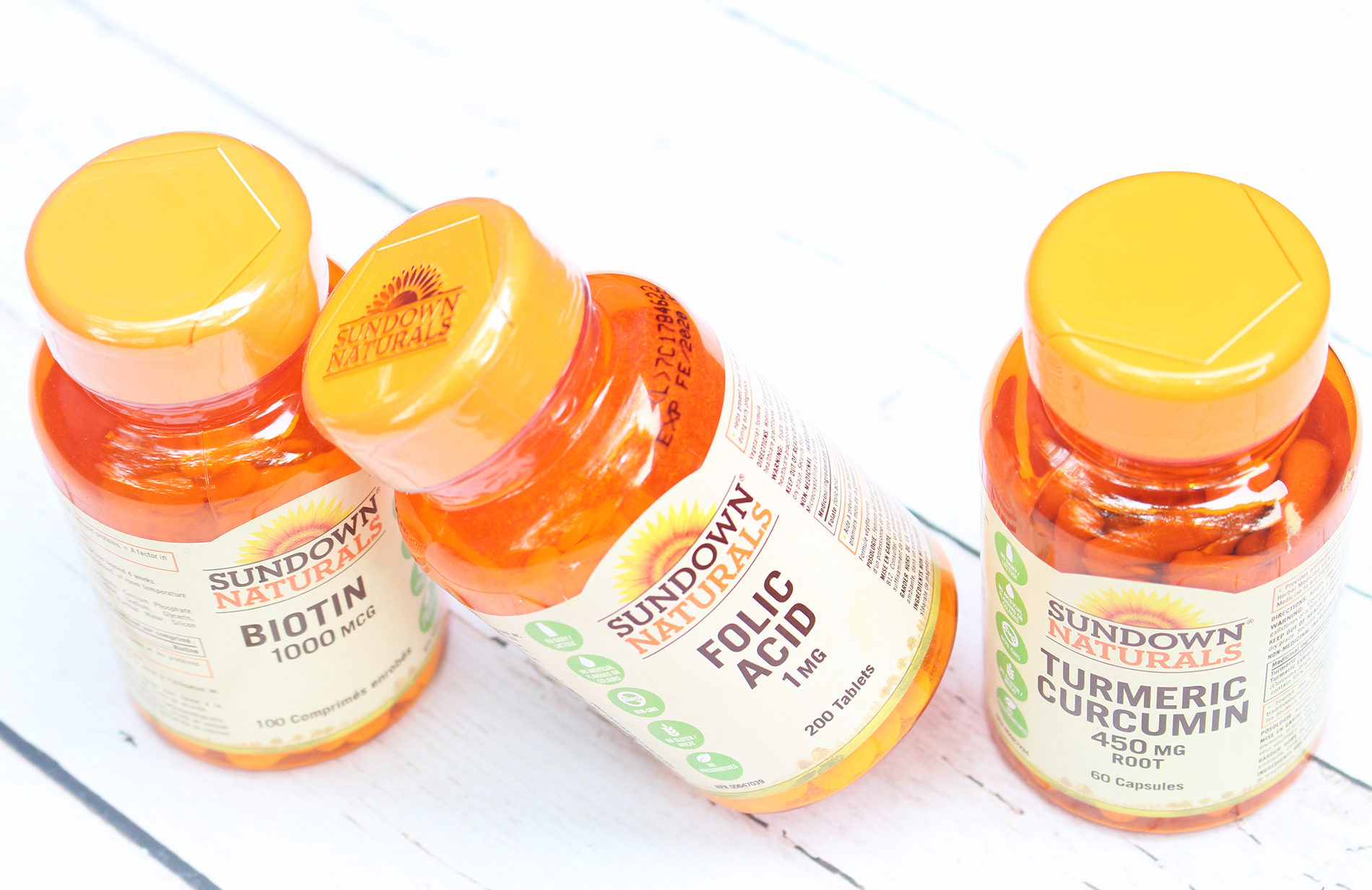 Vitamins are something I have always tried to make sure I get plenty of in my diet. It is really hard for me to find and stick with a specific brand because I can be picky. What I want in a brand is for all ingredients to be non-gmo, free from gluten, dairy, artificial flavors…