You are here: Home / Kids / Flashback Friday: The Runaway Dad
I’ve been awful this week. We had no internet for 2 days, yesterday I celebrated my daughters 8th Birthday and now here we are FINALLY posting!
I’ve decided to start every Friday doing a Flashback Friday series. Something from my past I want to share, I can on Friday’s!
This week I am posting about something I’ve wanted to discuss for a long while but hadn’t found the time nor was I able to until now. 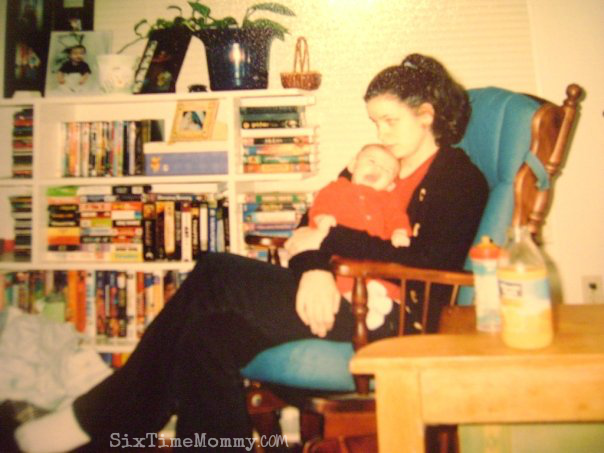 As some of you know I had Jordan my oldest who just turned 11 this past September when I was 18. I got pregnant at 17, and he arrived just over a month after I had turned 18.
What some of you may not know is, my husband isn’t Jordan’s biological father, but he is very much his father in every sense of the word.
Jordan’s biological father decided when I was 8 months pregnant it was time for him to, well, run. After we planned and decided to have a baby (which looking back is ridiculous, and no I don’t support or promote teen pregnancy), went to 6 weeks of prenatal class together, all doctors and ultrasounds, etc but it worked out the best and how it should have, I believe.
Not only did I have to grow up really fast, I had to do it on my own. It was hard emotionally more than anything. It took a long time for me to quit being so resentful towards my ex, because I was for so long. For good reason, but it’s nice to be free of all that now.
Jordan and I lived together alone until he was 2.5 and then my husband moved in. He took Jordan into his life as how own and up until 2 years ago when we decided Jordan was old enough and mature enough to know he thought my husband was his Biological Dad. So we explained it to him and he was fine with the news. He had a few questions, some of which even I didn’t know the answers to.
About a year ago I got a message saying Jordan’s bio dad wanted to talk to me. Great, I had raised Jordan for 10 years got through so much and now he wants something?
I tried for years to get him involved. When I was younger it was dramatic, there was probably lots of things said that now I would shake my head at BUT I couldn’t imagine sticking around for 8 months of a pregnancy then all of a sudden one day just calling it quits. Walking away from an unborn child. I just couldn’t and still can’t fathom.
\
Previous Post: « The Loss of a Dear Friend
Next Post: A Splash Of Color »