[su_highlight background=”#F2F2F2″][icon name=”star” class=”” unprefixed_class=””] Disclosure: This post is in partnership with Hasbro Canada. As always, opinions are all my own.[/su_highlight]


The other day I got a really amazing package at my door from Hasbro Canada. I knew the second we opened the huge box that said Fortnite x NERF it was going to be a good one. Boy, was I right. My boys were all at school at the time of the delivery so when I opened the box and saw what was inside I know immediately they’d lose their minds when they got home from school. Sure enough, they did! I promised them we’d go to the park on the weekend to bust them open and they could play in the woods and that’s just what we did! My boys love Fortnite, they can’t get enough. They are always doing the dances and picking Fortnite skins, so getting this from Hasbro Canada is sure to make their week. 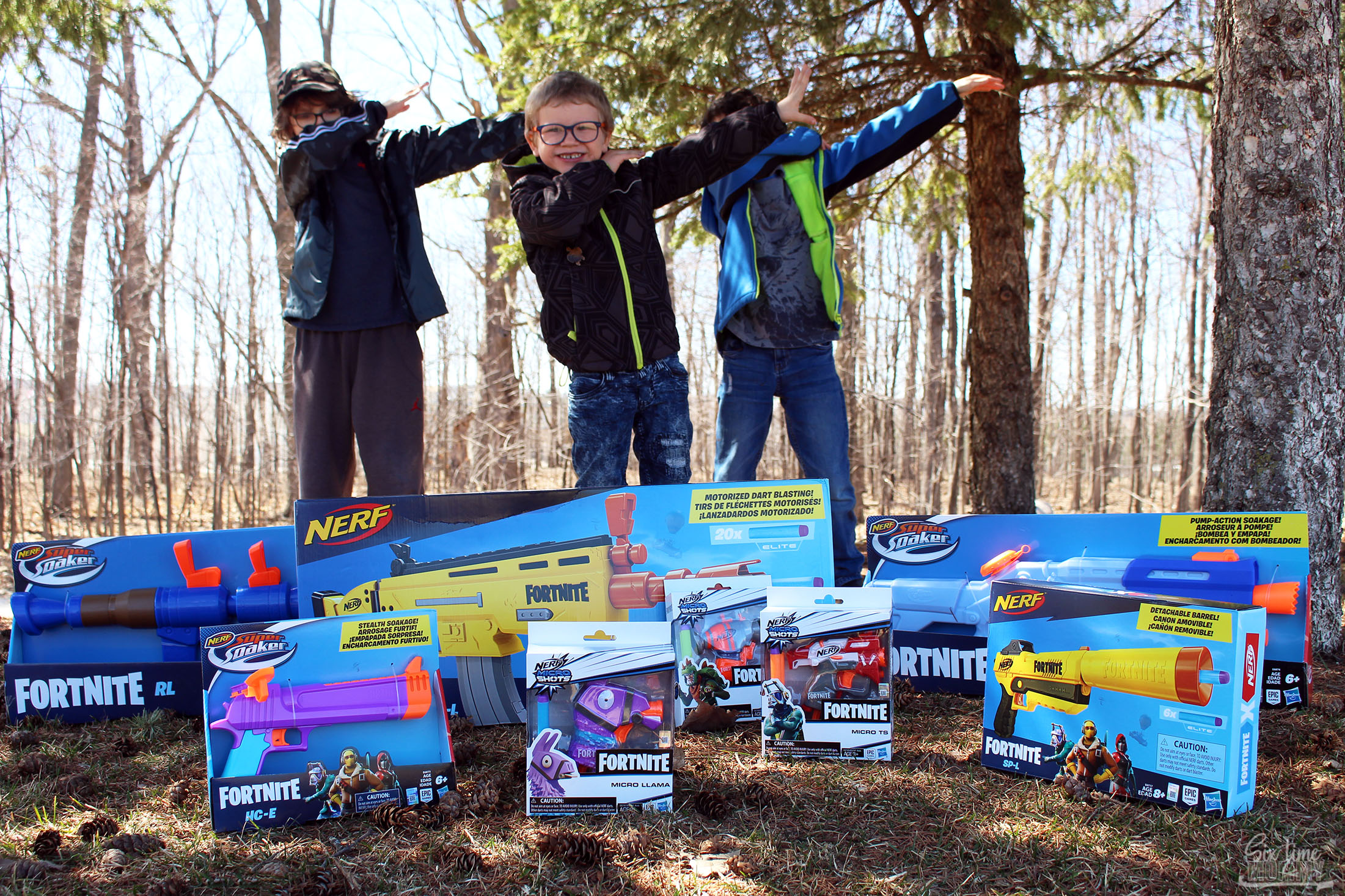 We got EIGHT of the Fortnite x Nerf blasters and the boys couldn’t get them open fast enough. The weather still isn’t water gun worthy yet but we brought the water ones along with us so they could play with them while running around letting off some energy. Although we had a few little spat’s over who would play with what first, they had so much fun and so many laughs. 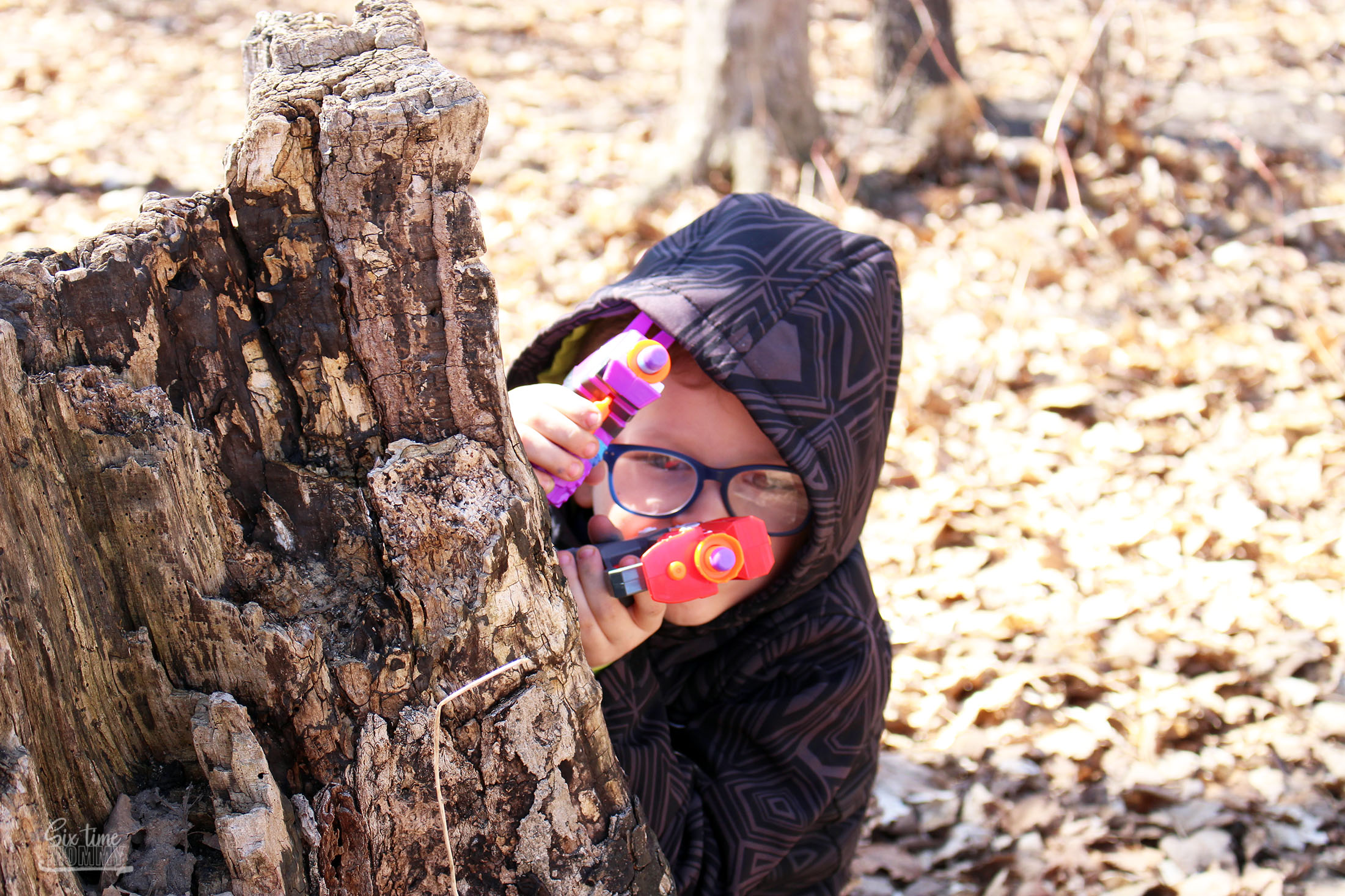 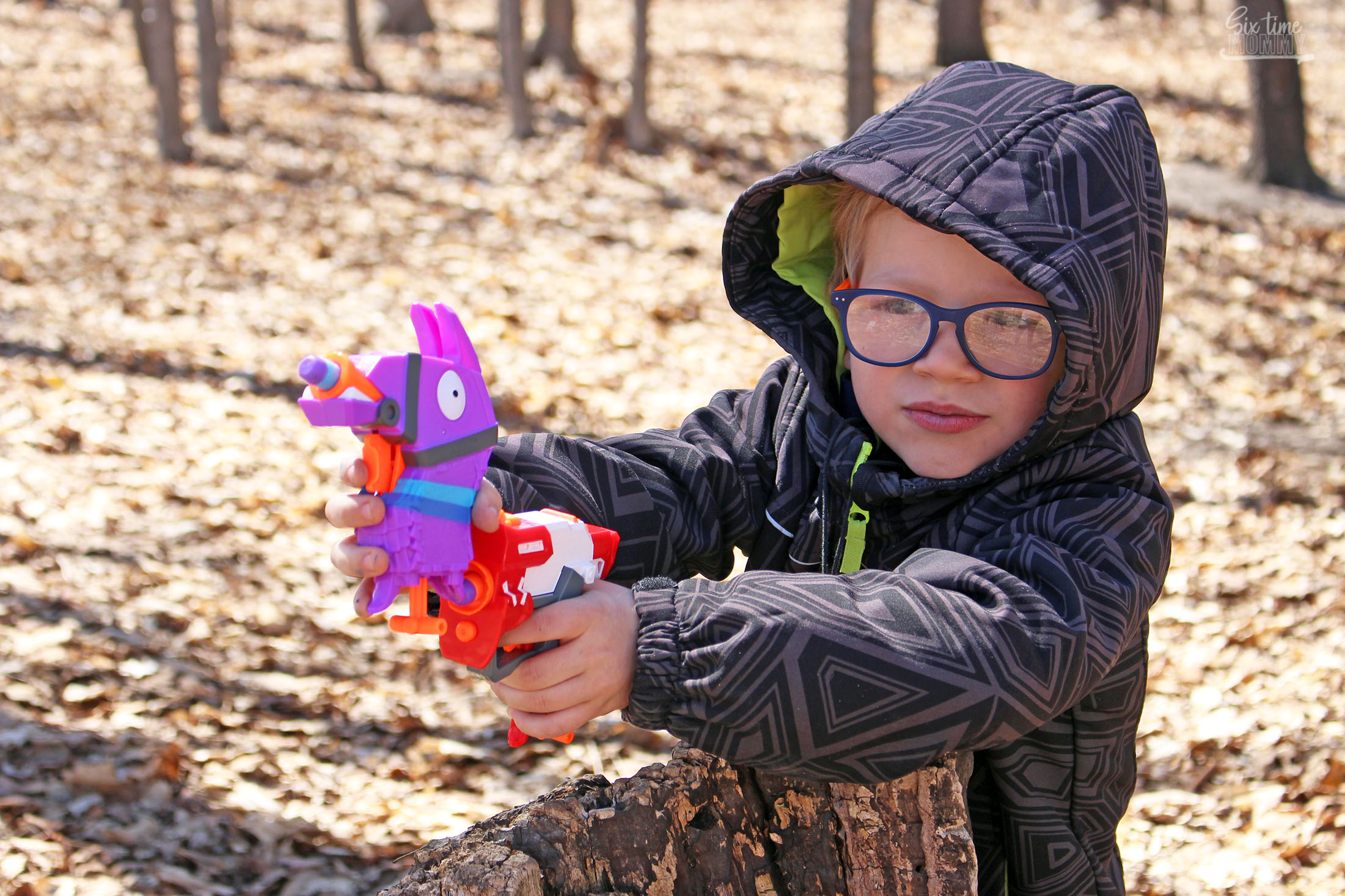 Justin had a blast playing with the Microshots Micro Llama, Micro RL and Micro TS. They are the perfect size for his little hands, and were easy for him to use! 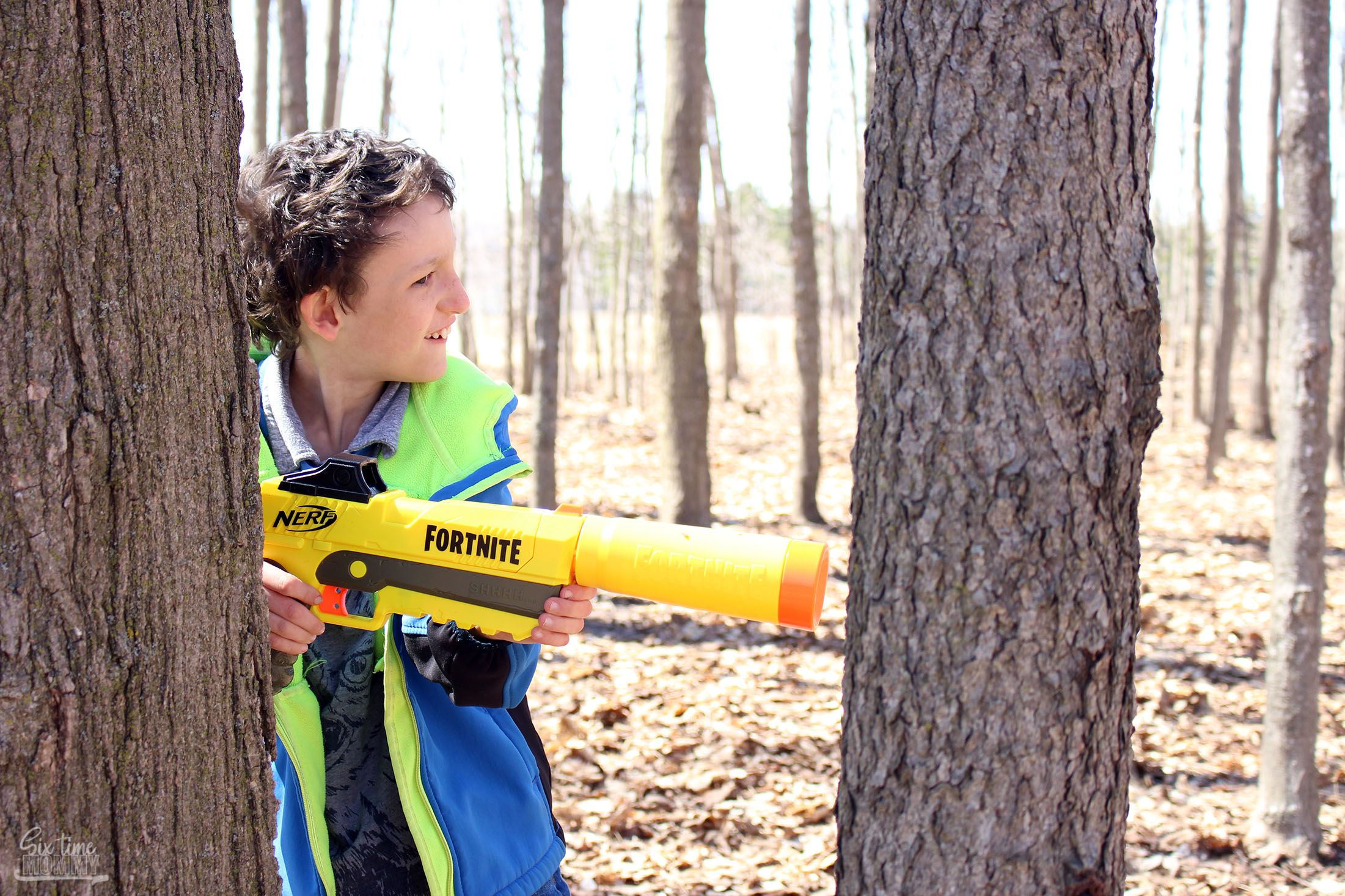 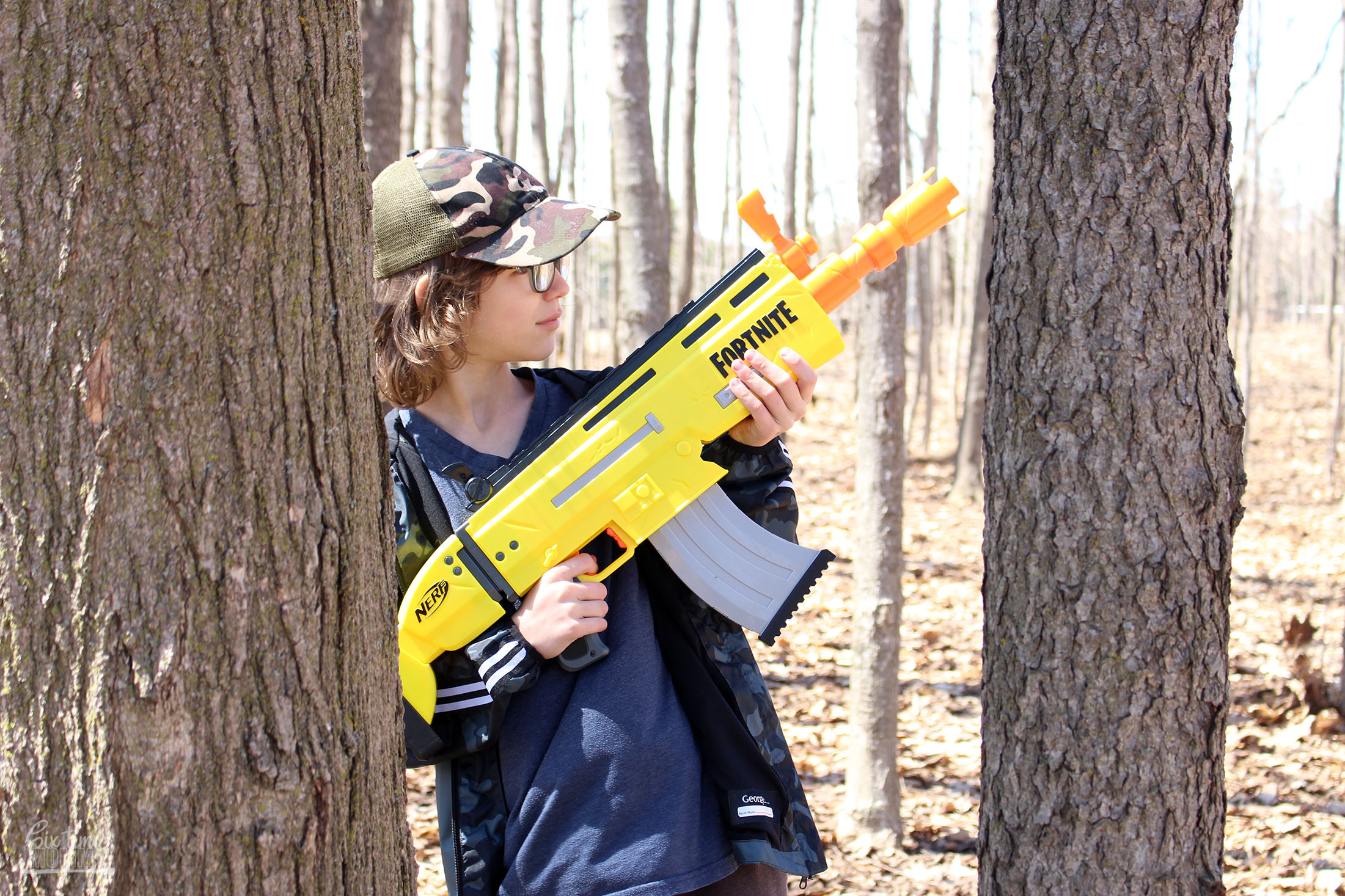 Both Jackson and Jayden, my fortnite obsessed duo were over the moon excited for these. It’s all I heard until we go to the park and unboxed them and I honestly don’t know how many times Jayden asked to go look in the box to just “See” them.

He’s thrilled with the Elite Fortnite AR-L which has two flip-up sights and a 10-round clip that is almost motorized and takes batteries. Lucky for him dad brought some along so he was going nuts shooting signs and trees. Included with this one is twenty darts. 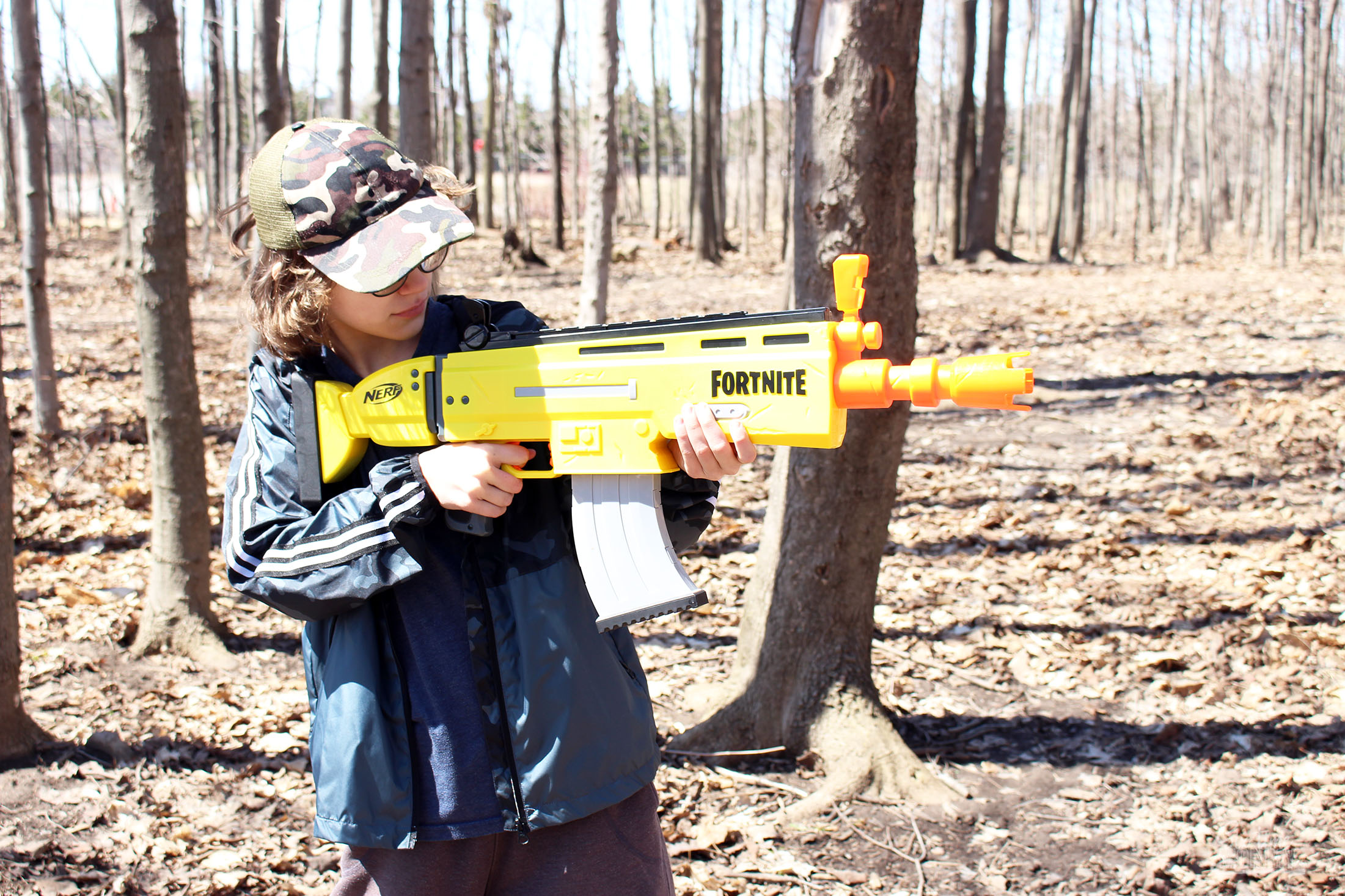 Jackson called dibs on the Elite Fortnite SP-L which comes with a 3 round magazine and detachable suppressor. Included with this one is six darts. 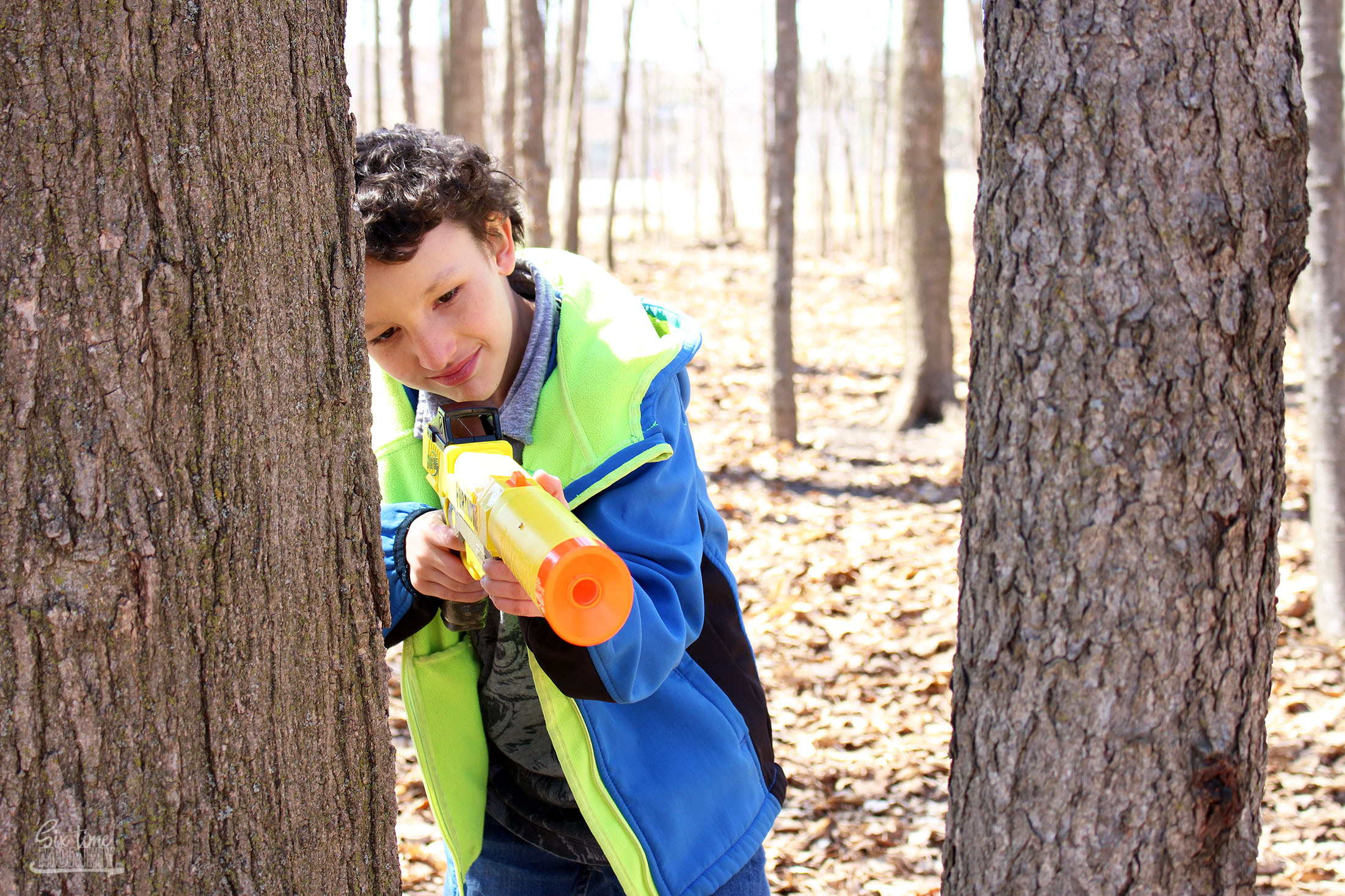 What fun would it be without some good ol’ sibling rivalry? Of course, they wanted to play around or two where they were able to shoot each other. I haven’t heard such laughter in a while, I know all of these will be getting some amazing use this summer. 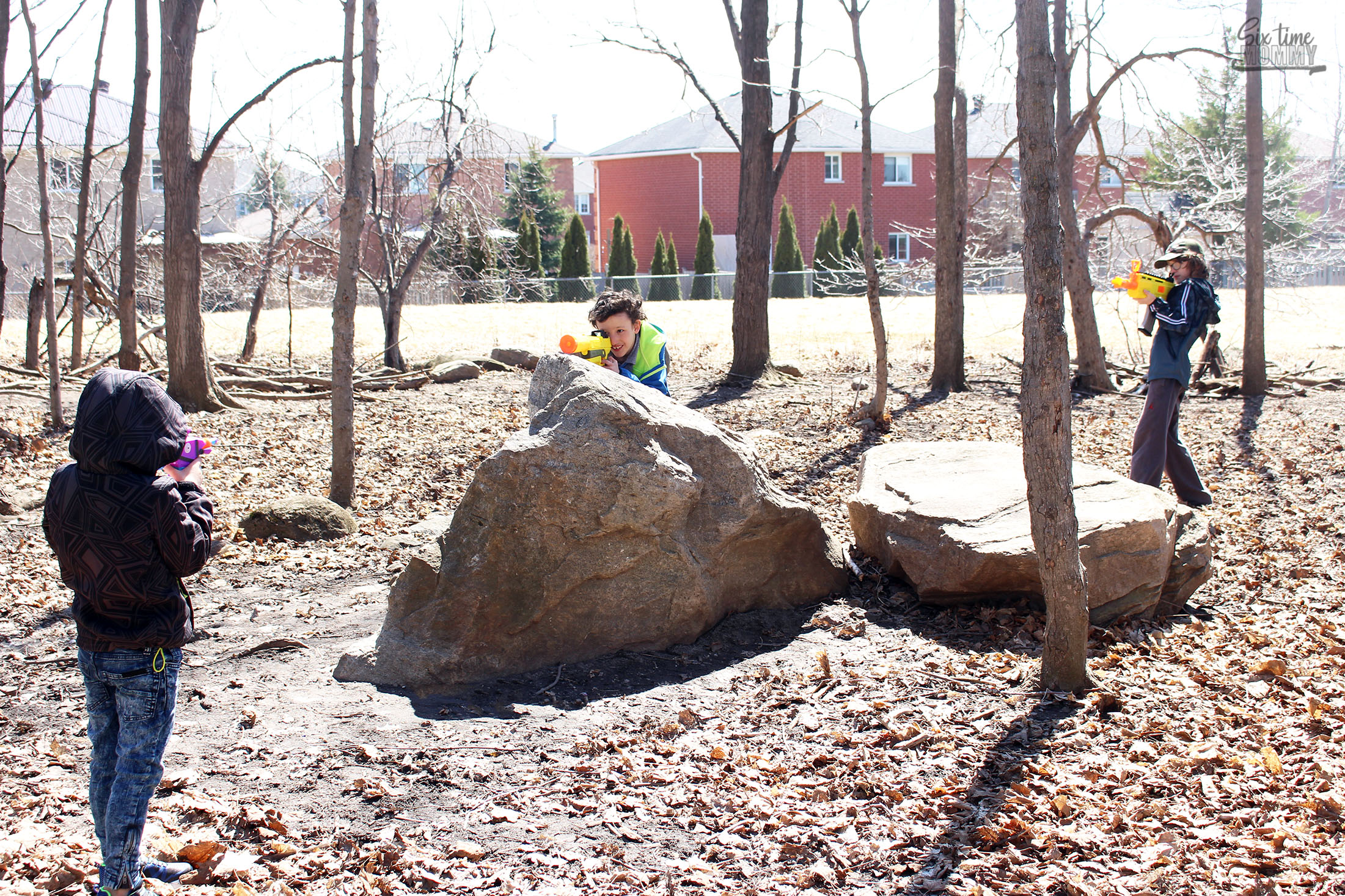 We wanted to make sure we gave the water guns some action too – we didn’t fill them with water but wanted to show them to you anyway because they are pretty epic and once the weather permits we are going to be having loads of fun with these, too! And when they’re a little older, we may let them have a look on www.bespokeairsoft.co.uk if they’re still interested in guns like this, but for now, these are perfect for them at their current age. And they tie into their favorite game! 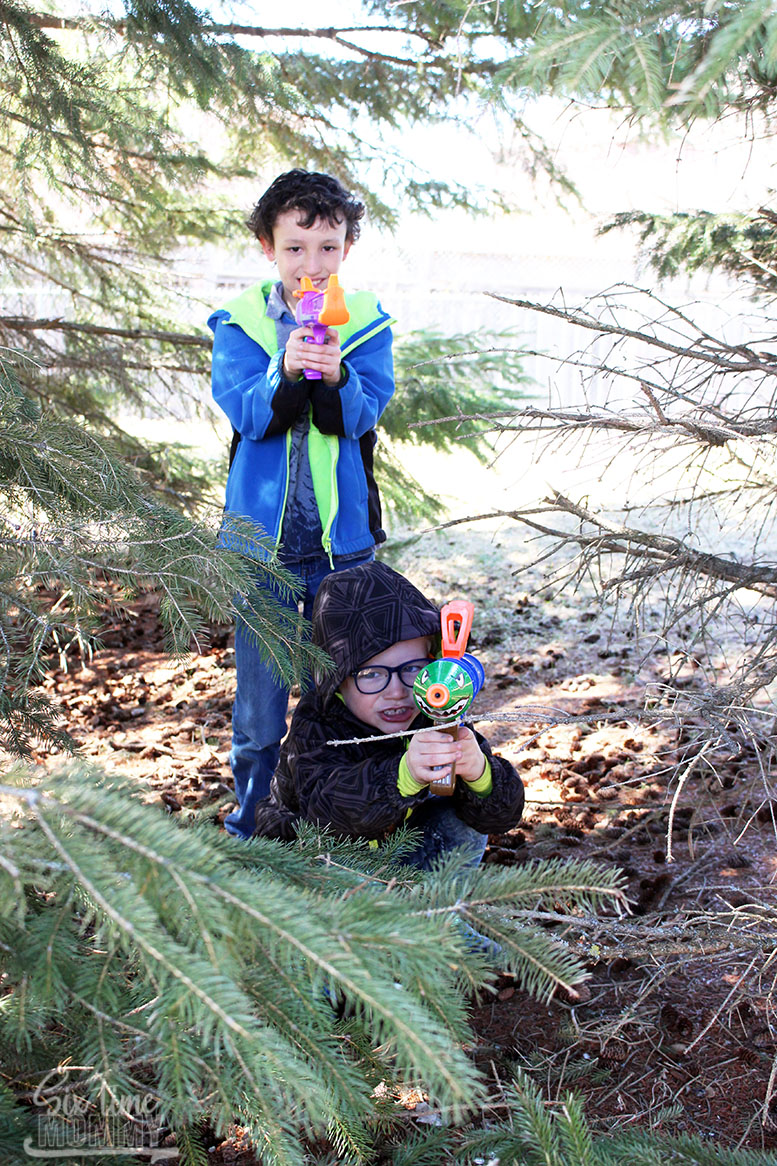 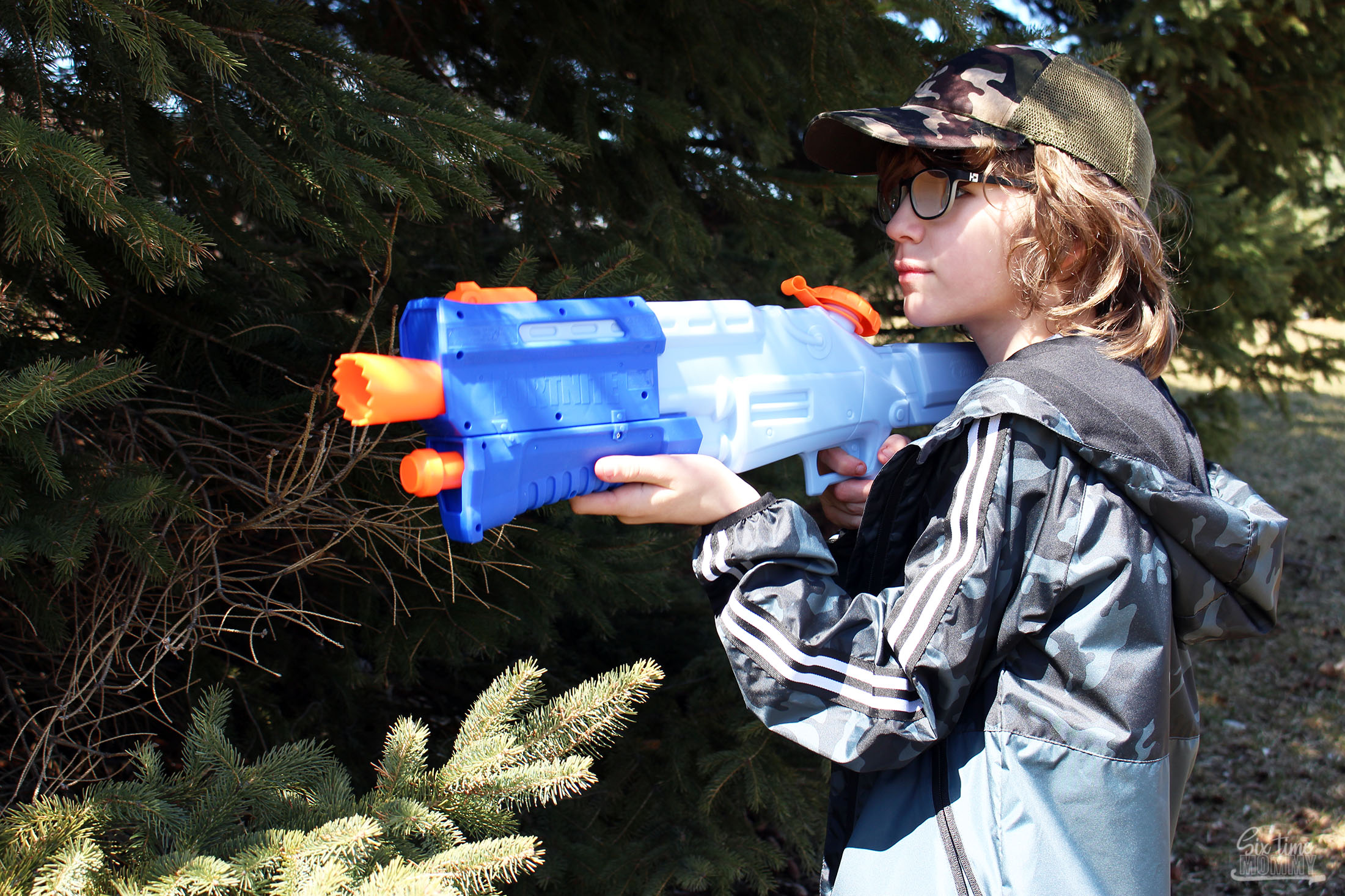 Thank you so much to Hasbro Canada for sending us these awesome gifts. My boys are so happy and thankful – looking forward to a summer full of battle fun! 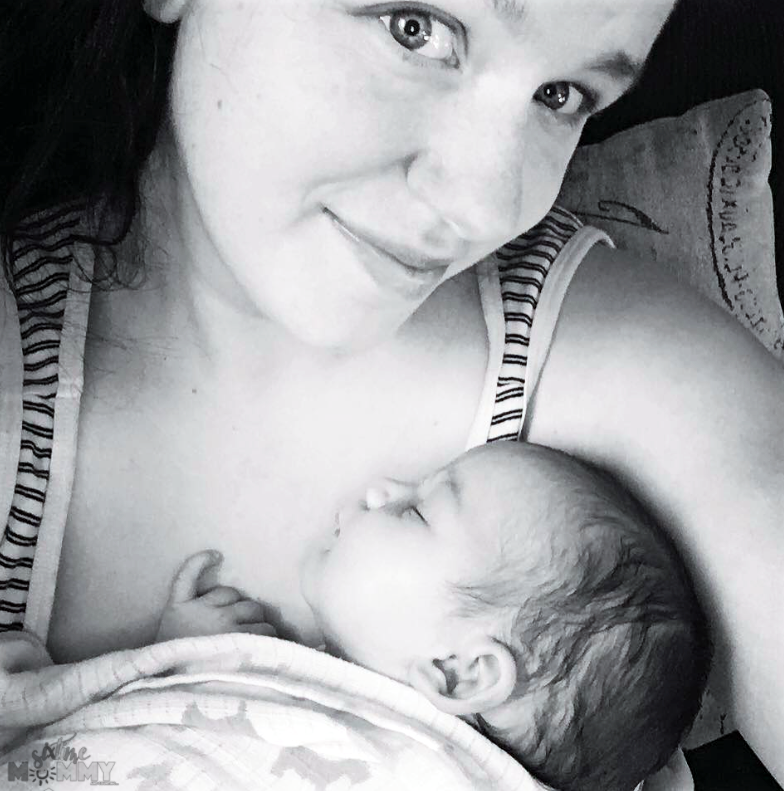 As most of you may know if you’ve been following along with the blog for very long, my mom passed away when I was sixteen years old when she was just forty-eight. I had sixteen Mother’s Days with her, and I will always cherish each and every one that I did get to spend with… 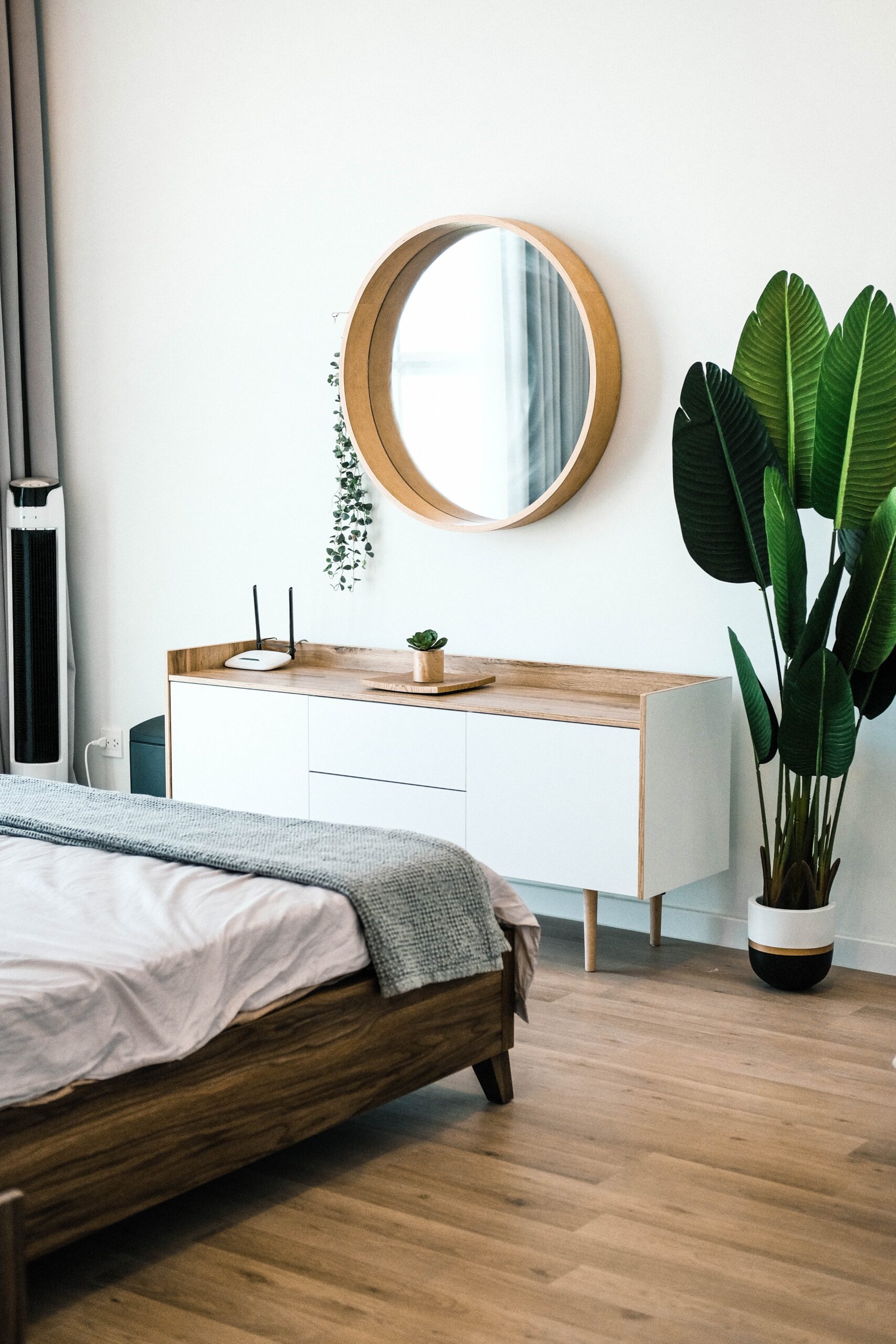 Has anyone else been having major issues getting to sleep lately? It seems like no matter what I’ve tried, I just can’t relax and get a good night’s sleep. I feel like I’ve tried everything but nothing is working. I’ve even looked up the Amerisleep bed details to see if a new bed would help… 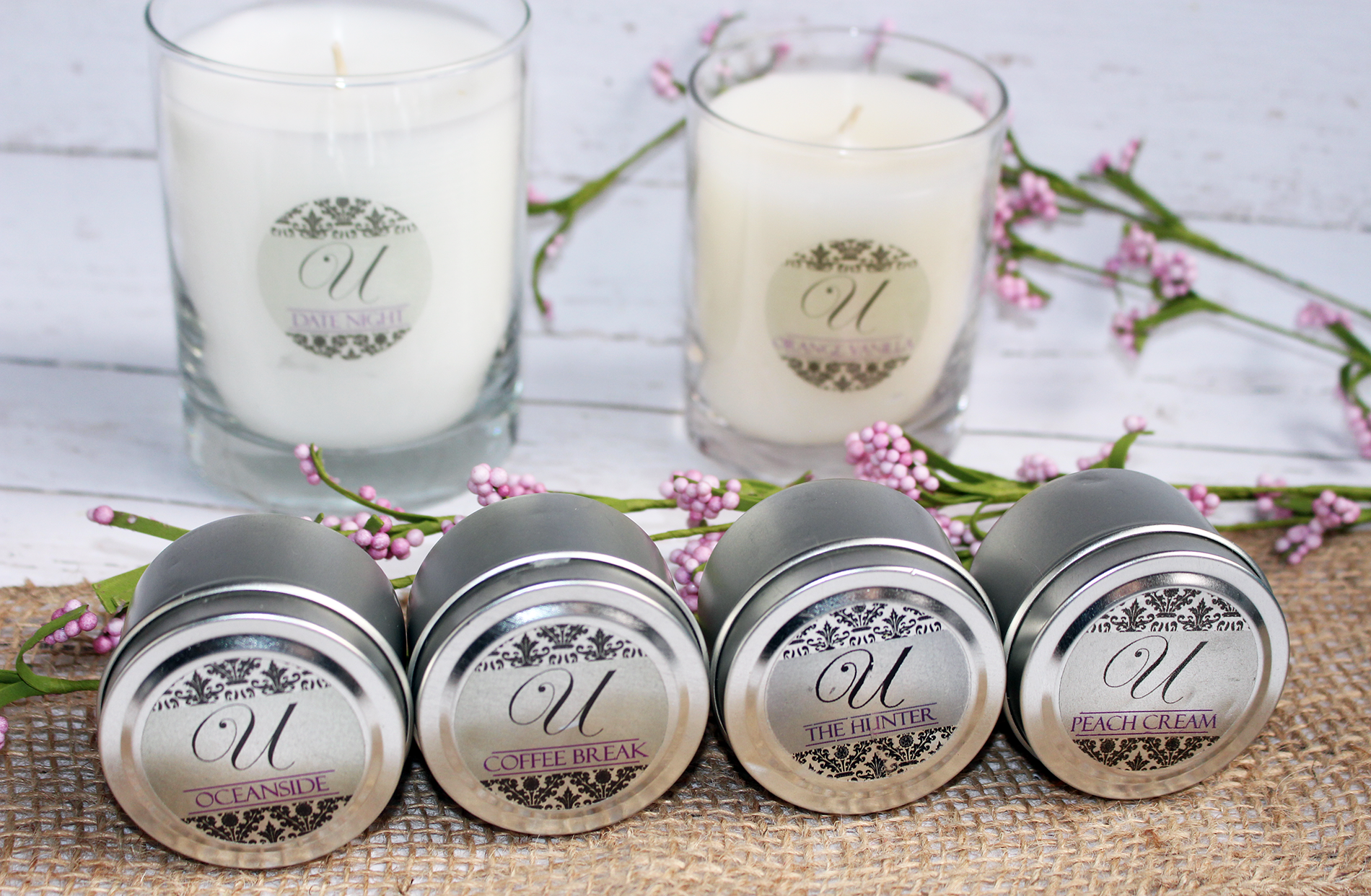 Candles are one of my absolute favorite things. No matter whether you decide to visit places like the Scentsy store online or you head into town to get candles in bulk, buying candles feels like such a treat, especially when you start burning them and the scent fills the whole house! I have always had… 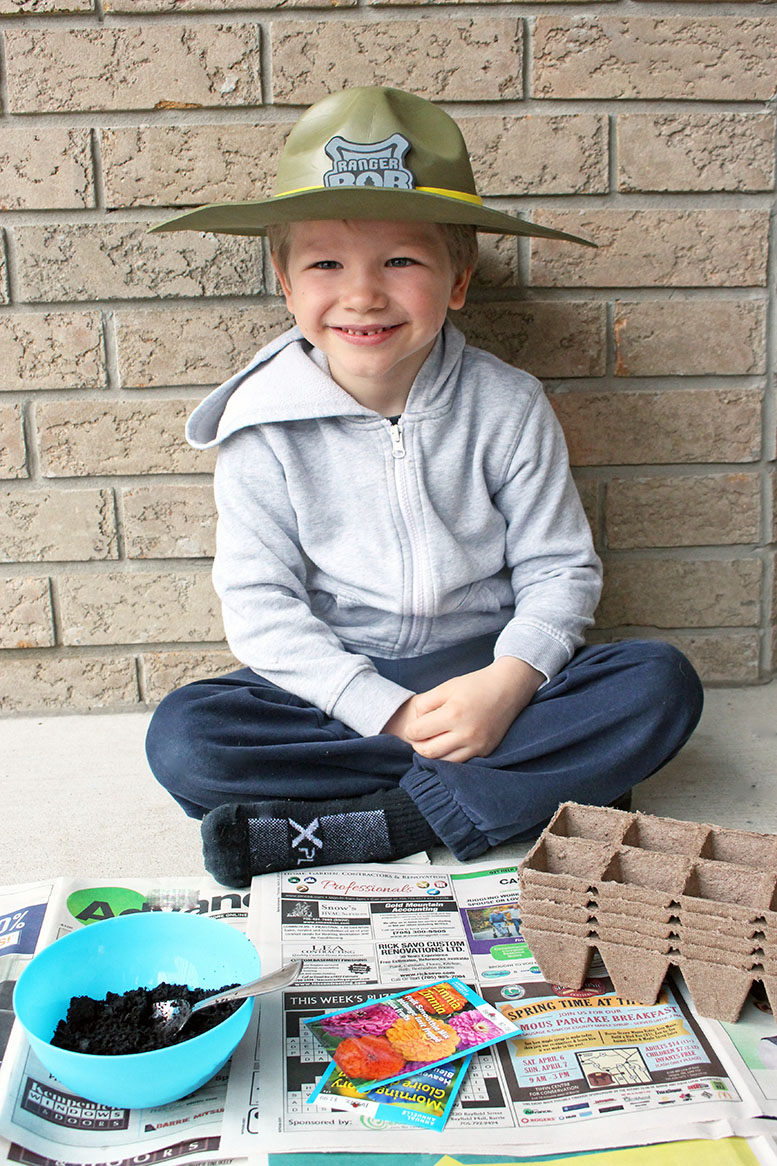 Disclosure: This post is in partnership with Ranger Rob. As always, opinions are all my own. April showers bring May flowers! I know we’ve all heard the saying. It’s pouring rain here today and rain is in the forecast all weekend. Which is terrible for us because it’s Earth Day weekend (April 22nd) and every… 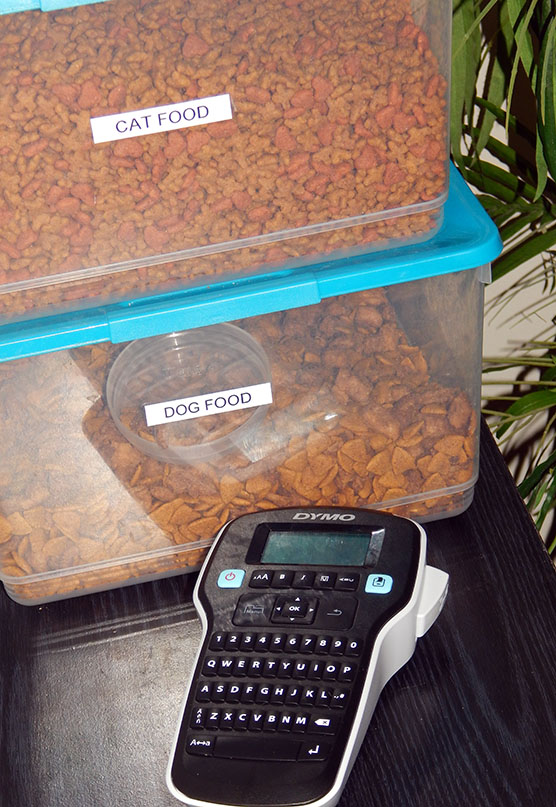 This is a sponsored conversation written by me on behalf of Newell Rubbermaid®. The opinions and texts are all mine. Having a house bustling full of kids can sometimes be chaos. Okay, it can always be chaotic who am I kidding? But, I live for it! I wouldn’t change a thing where that chaos of… 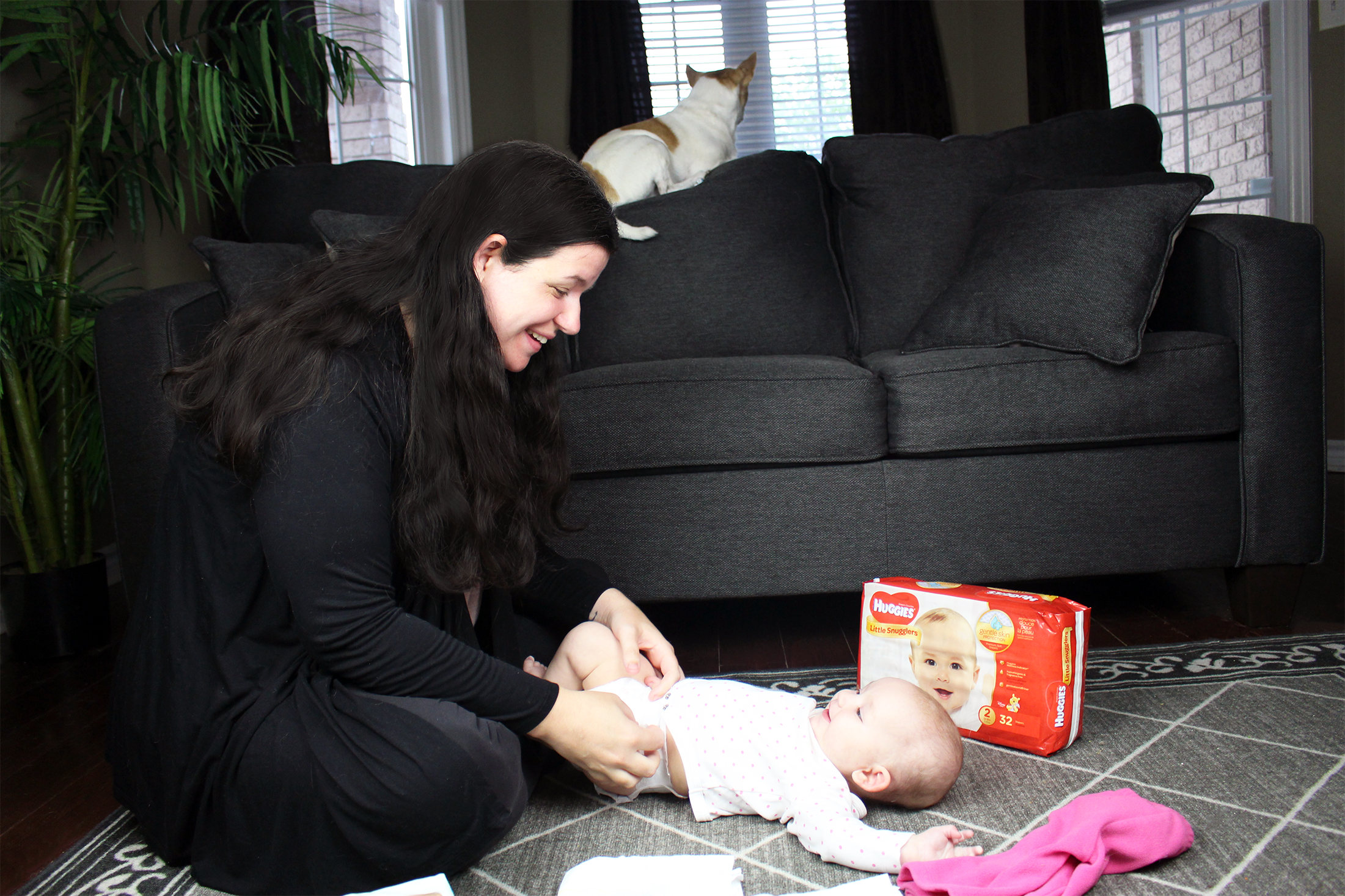 [su_highlight background=”#e1e3e3″][icon name=”star” class=”” unprefixed_class=””] Disclosure: This post is sponsored by Huggies Canada. I am a Huggies #NoBabyUnhugged Mom. As always, opinions are all mine.[/su_highlight] If you’ve been a reader for a while now you’ve probably caught on to the fact we are a Huggies family. I’ve used Huggies since the very beginning back in…