Disclosure: I am part of the Netflix Canada StreamTeam and as such received special perks and information that I share with my readers, however, my opinion is my own. 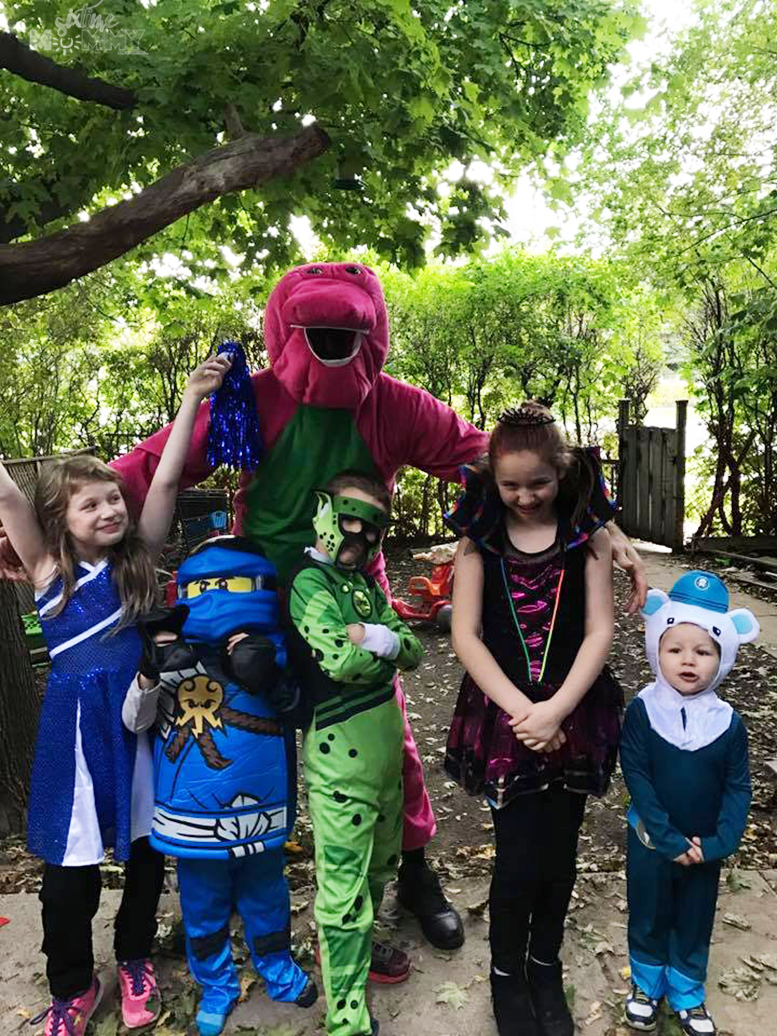 One of my fondest memories as a kid was watching holiday movies with my mom and family! Halloween has, and always will be my 2nd favourite holiday ever, and this year I am so glad my kids have Netflix to entertain them with all their favourite Halloween flicks!

Netflix is your one stop shop for all that is Halloween. This year, the titles are endess. Kids will have so much fun this week watching their favourites and most Halloween’s it rains, snows or is really cold here so we come home and have some hot chocolate and sit down to watch a movie – we’re covered!  What will you be watching?

Alvin and the Chipmunks Meet the Wolfman

Are You Afraid of the Dark?

Cast: Ross Hull, Raine Pare-Coull, Jodie Resther
“Are You Afraid of the Dark?” serves up a spine-tingling blend of imagination and suspense along with a cast of wicked warlocks, demons and villains.

On Halloween, the Joker and a band of fiendish villains unleash chaos and a diabolical computer virus. Will the forces of good be enough to stop them?

Cast: Christina Ricci, Bill Pullman, Cathy Moriarty
A doctor who specializes in ghosts is hired by an heiress to rid a mansion of spirits, but his daughter befriends a friendly ghost that lives there.

Cast: Devon Werkheiser, John DiMaggio, Billy West
When friendly ghost Casper decides he needs to toughen up, he goes to scare school, where he ends up in a scandal that could threaten the whole world!

Cast: Dakota Fanning, Teri Hatcher, John Hodgman
Curious young Coraline unlocks a door in her family’s home and is transported to a universe that strangely resembles her own – only better.

Two kids and their pet dog (aka the Ghost Patrol) get a call about an old manor and soon find they are investigating their first real haunted house.

Cast: Adam Sandler, Andy Samberg, Selena Gomez
After Mavis weds Jonathan and baby Dennis arrives, Dracula looks for proof that his grandson is a vampire and needs to remain in Transylvania.

Cast: Megumi Han, Fumiko Orikasa, Michiyo Murase
Akko’s unconventional ideas don’t go over well at the Magical Academy, but when a dragon is unleashed, she may be the only witch who can save the day.

Cast: Angelina Jolie, Elle Fanning, Sharito Copley
Turning the classic fairy tale “Sleeping Beauty” on its head, this fantasy drama tells the story from the point of view of the evil godmother Maleficent.

Cast: Mara Wilson, Danny DeVito, Rhea Perlman
Cursed with a cruel school principal and parents, a little girl discovers her hidden powers – which she uses to stand up to the bullies in her life.

Cast: Laura Bailey, Hank Banks, Cam Clarke
After learning that monsters and “Normies” used to spend Halloween together, Frankie Stein and her pals rally both groups for a frightfully good time.

Cast: Dan Fraga, William Lau
Hearing that their old school is being haunted, Spectra Vondergeist and her pals head back to Monster High to get to the bottom of the scary spookery.

Cast: Mitchel Musso, Sam Lerner, Spencer Locke
Three friends uncover the truth about a scary abandoned house in their neighborhood that has a personality of its own and seems to be eating people.

Cast: Lucas Till, Jane Levy, Thomas Lennon
A young man working at a small town junkyard discovers and befriends a creature which feeds on oil being sought by a fracking company.

Cast: Kimberley Wharton, MJ Lallo, Ratana
Teenage zombie Dixie has her hands full trying to save the world while planning a Halloween party and running her student council.

Cast: Alex Heartman, Najee De-Tiege, Hector David Jr.
When a Nighlok invades the Samurai Rangers’ dreams and turns them into nightmares, the Rangers must figure out what is reality and what is an illusion.

Cast: Andrew M. Gray, John Mark Loudermilk, Ciara Hanna
On Halloween, the scariest night of the year, the Rangers have a strange encounter with a mysterious medium who conjures “visions” of monsters past.

Cast: Freddie Prinze Jr., Sarah Michelle Gellar, Matthew Lillard
In this live-action feature, Scooby and the gang journey to Spooky Island, where a magical force is awakened that could spell doom for the human race.

Wallace & Gromit: The Curse of the Were-Rabbit

Cast: Jack Black, Dylan Minnette, Odeya Rush
A teen is glum about moving to a small town until he falls for his new neighbor. But her dad is a horror writer whose scary world soon turns real.

Six preschool kids whose parents are the world’s most famous monsters try to master their special powers while preparing for kindergarten.

What flick are you hoping to catch to get you in the Spirit of Halloween? 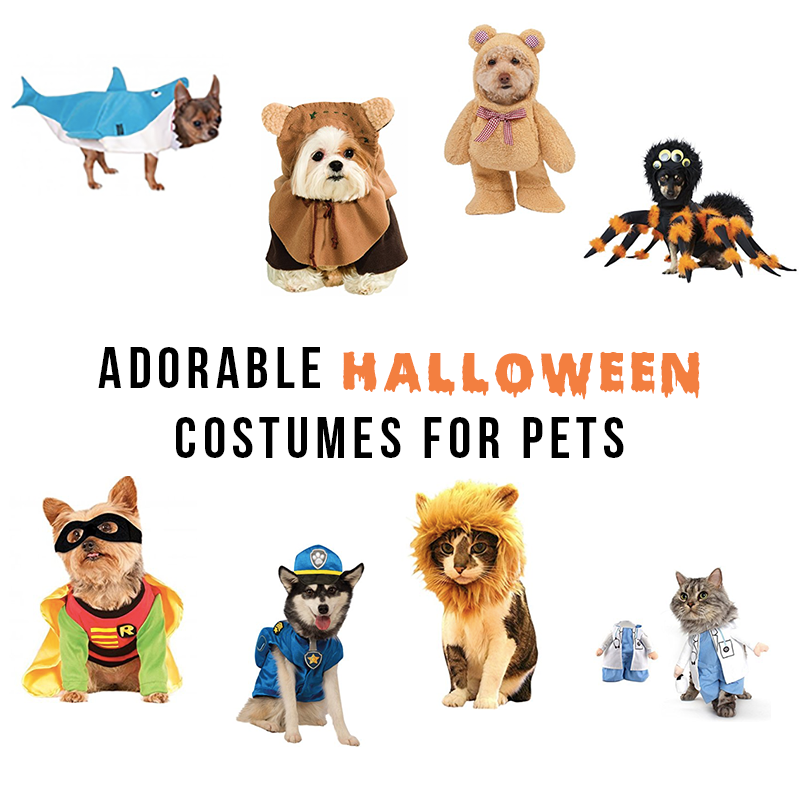 Please note: This post contains affiliate links. Thank you so much for supporting Six Time Mommy. Can you believe it’s October already? Halloween is right around the corner, and I am incredibly excited about it. I know some of my friends that don’t have kids but have pets are also really excited for getting themselves… 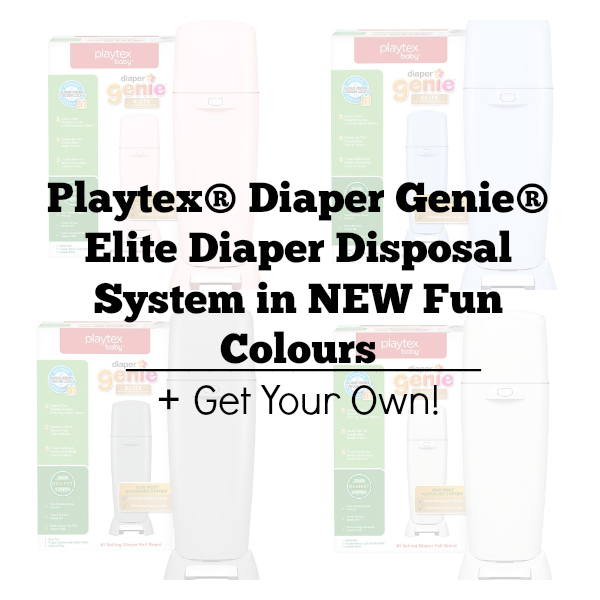 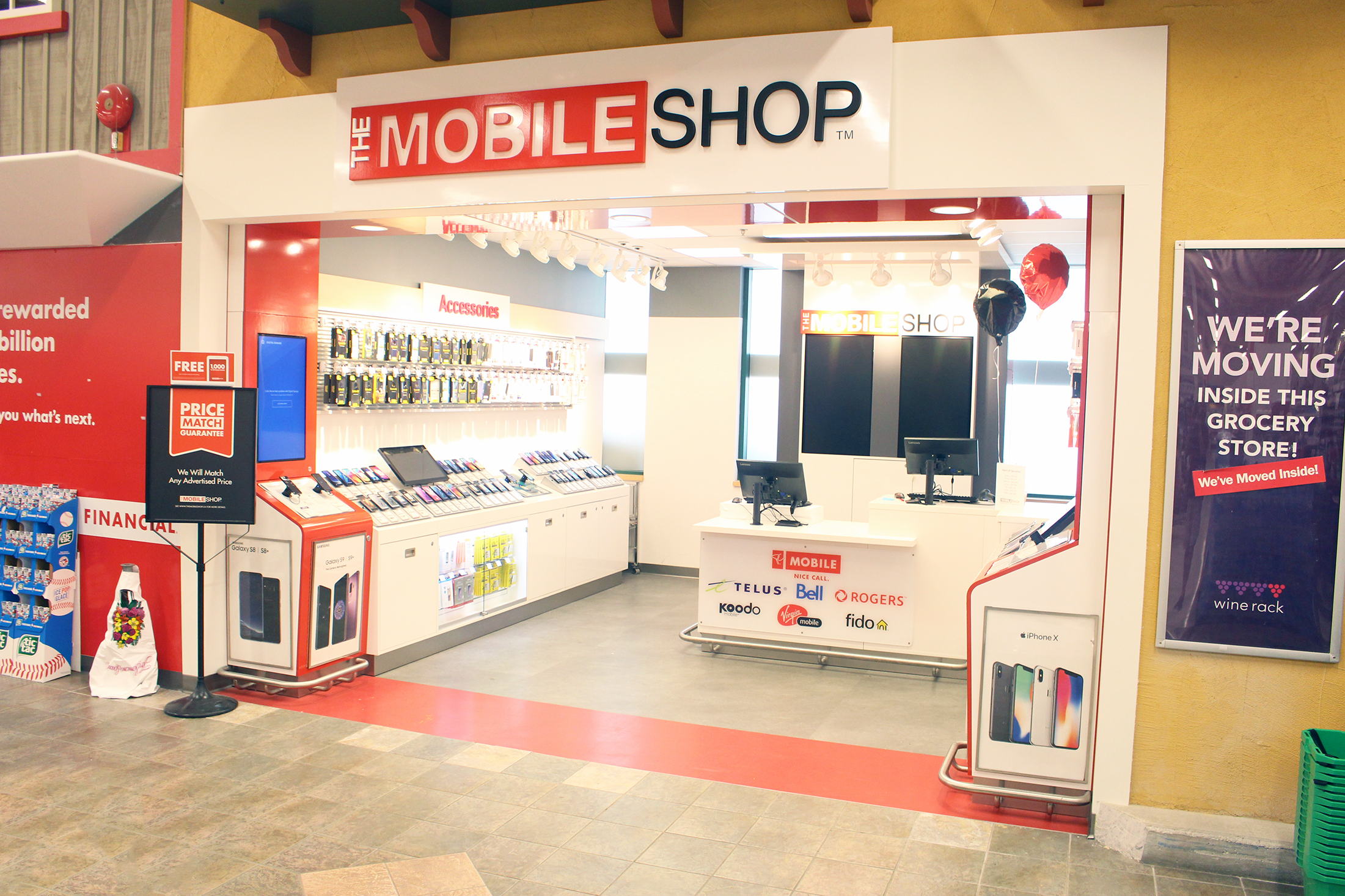 This is a sponsored post written by me on behalf of The Mobile Shop . All opinions are 100% mine. We are almost done with summer. Can you believe how quickly it’s gone by? I’ve been stressing out the last few days over what school supplies need to be bought, what I need to have… 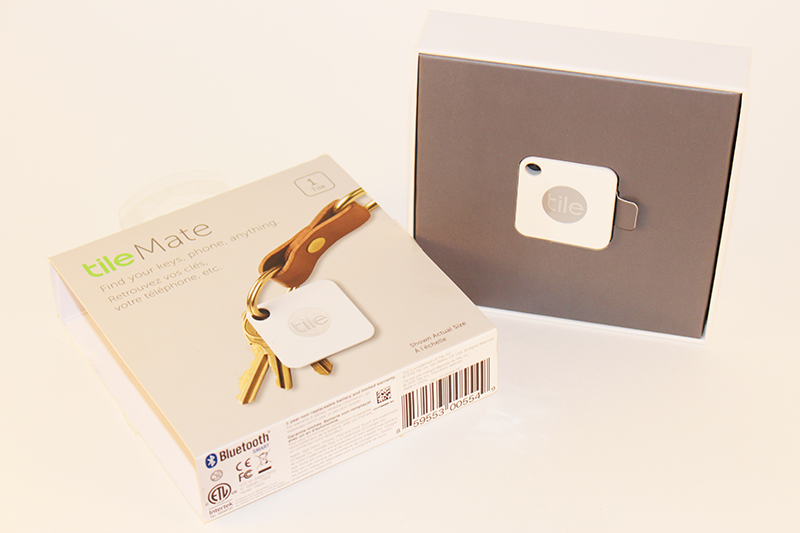 I am losing my mind, LOSING MY MIND! Or at least it feels like that. Lately, it feels like if my head wasn’t attached to my body I’d probably lose it in an instant. I can’t remember anything, and it seems to be getting worse. To the point I will be talking to my family… 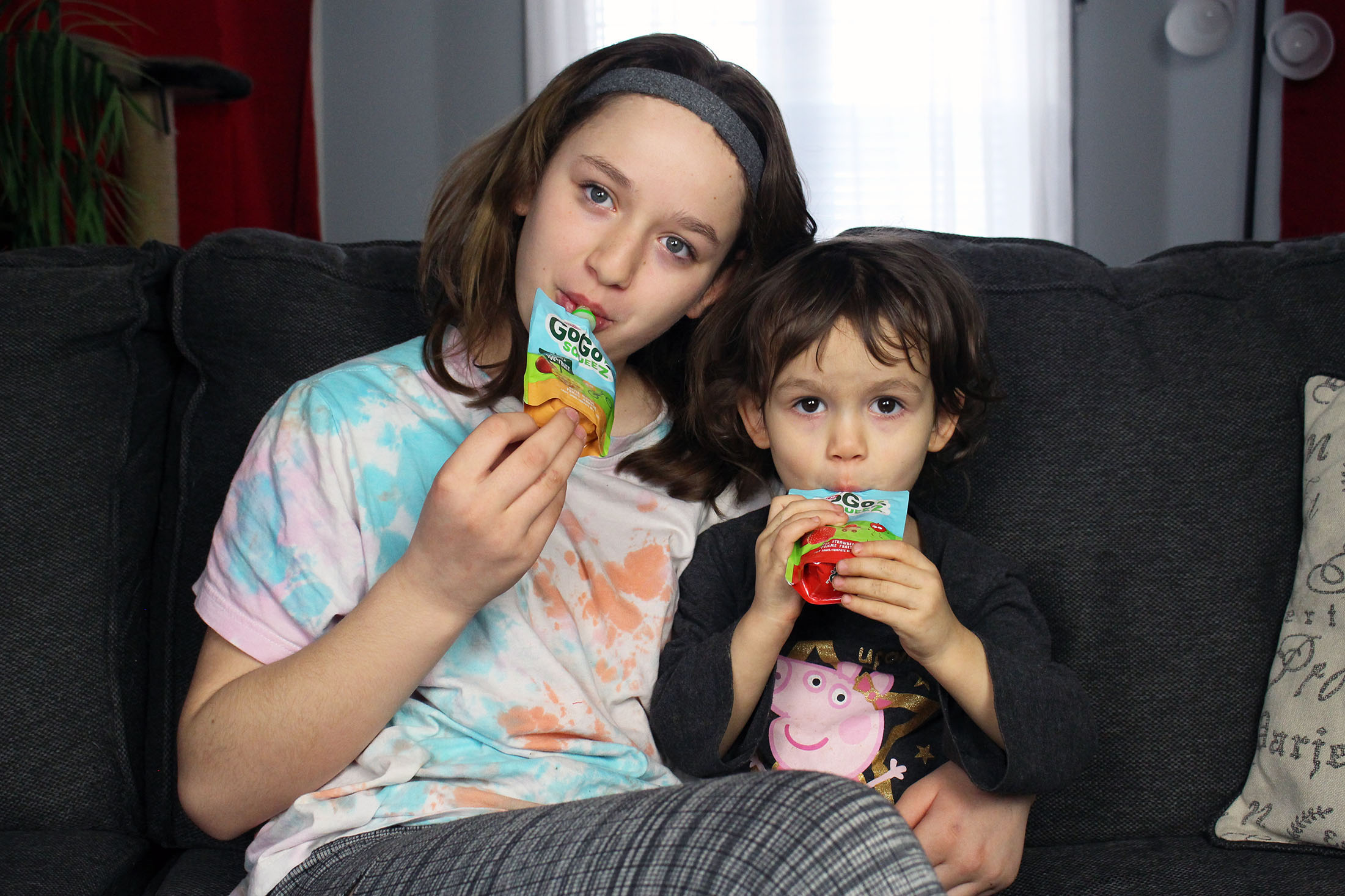 This is a sponsored post written by me on behalf of GoGo SqueeZ Canada. All opinions are 100% mine. After school with 8 kids at home is hectic. When the 5 younger ones all come in they are proclaiming they are STARVING they just can’t take it! They head to the fridge and cupboards. Recently,… 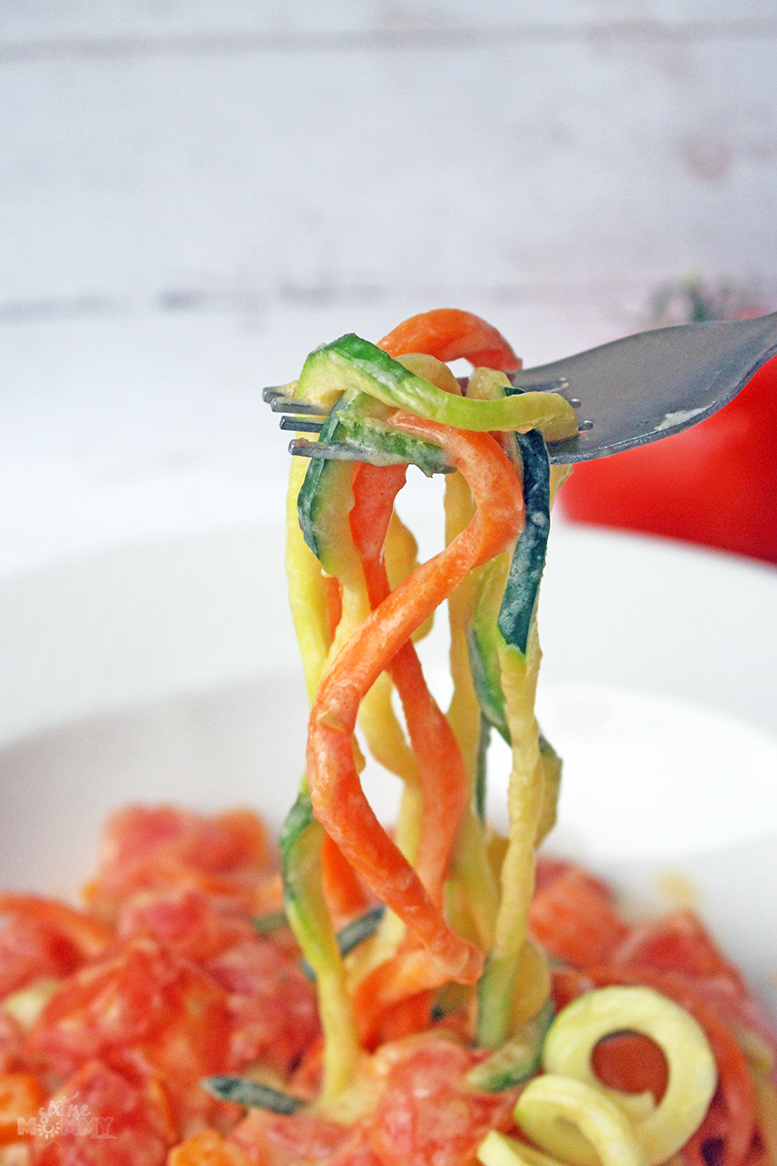 Disclosure: This post is in partnership with KitchenAid. As always, opinions are all mine. This may be news to some but – We’re expecting again! Exciting, I know! I haven’t officially announced it on the blog yet because things have been crazy busy but because today’s recipe is geared towards my health at the moment…