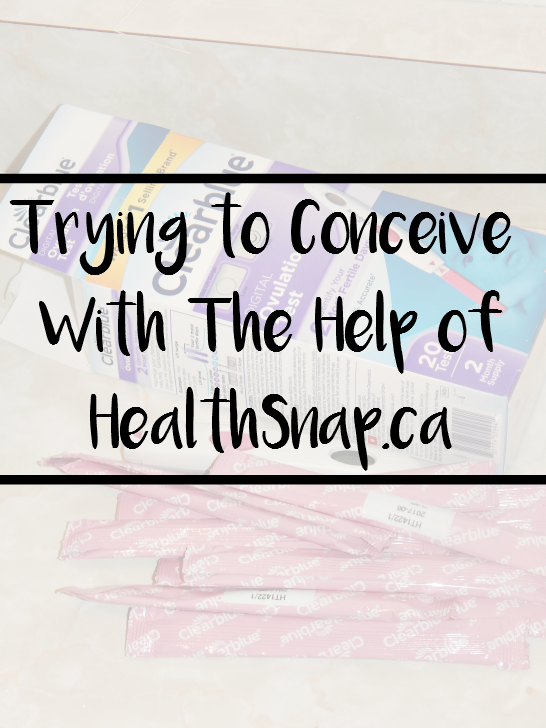 For those of you who don’t know my husband and I decided to try for baby #7 earlier this year. While we didn’t really stop and get serious about it until recently, we have been thinking about it for the better part of a year and a half.

Back in June I took a pregnancy test and it was positive. We were over the moon. The kids were home when I took the test and someone over heard so of course the whole house knew within 2 minutes. Which was fine, or at least I thought it would be fine. July 17th the day I was 6 weeks pregnant I started bleeding. Not telling anyone I laid on my bed crying. My husband came in and told me I was going to the hospital. That night we found out we had a chemical pregnancy. There was no sac, no baby, no heartbeat and my HCG had dropped to 249.

We decided after we moved in August we would start trying again. October 16th after a few days of cramping and weird pains I took a test and it was positive. After last time I took tests every few days for 2 weeks, all positive and all got darker. Again we were thrilled and I was hopeful, but still wasn’t too sure it would actually progress. I had an ultrasound and it didn’t show anything. The report stated I was 4 weeks and everything was too small to be seen. A week later, I started spotting. I went to the ER where the spotting had stopped I was told I had a SCH bleed and my HCG was over 6,400. There was an empty sac in my uterus measuring 5w6d. Even though I should have been into my 7th week according to my cycles and later ovulation.

When I got home at 5am from the hospital the bleeding got worse, and I knew it was the end. Sure enough it was, and I miscarried.

Now here we are. My husband told me we would keep trying if I wanted to when he asked me when my next time to try would be and that’s when I realized we were about a week away from my fertile period starting. So, I headed over to Heatlthsnap.ca and ordered an ovulation kit. I had previously tried a different big name brand and was very disappointed. Not only did I try 4 different boxes, but only 1 actually worked the other 3? Died before my ovulation kit turned positive.

Thanks to @healthsnapca and the quickest shipping I can start our journey all over again. In case you don’t know we just suffered our 2nd loss in 5 months so tracking and being on top of my fertility right now is a priority. A blog post will soon follow. #healthsnapca #healthsnap

This ovulation kit has been amazing. Not only did it get my ovulation day spot on, it also didn’t stop working. I was impressed because I needed this test within a few days so I wasn’t sure how quick Healthsnap.ca would send it, or if I would miss starting the testing on time. But it showed up within a couple of days and I was able to start testing. Thankfully dealing with longer cycles means I don’t start wen the average person would. I got my smiley face and when I ejected the test you could even see the difference in the test lines. 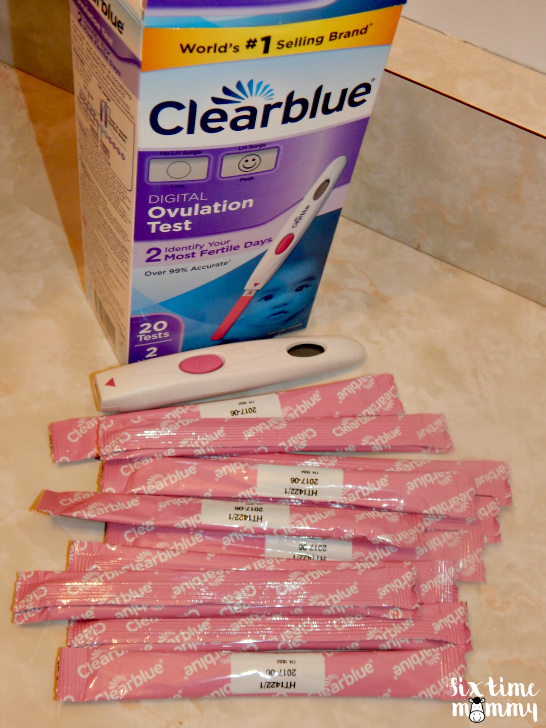 I have been using cheap OPK tests as well but having a digital like the ClearBlue really helped put my mind at ease and take the guess work out of questioning how dark the lines were and if I was going to miss my window. Putting your trust in a company to make sure you get what you order in time and follow the timeline mentioned on their website is so important.

If you’ve ever TTC you know what that’s like. Thankfully, Healthsnap.ca came to my rescue and got the tests to my house on time, gave me peace of mind and now my TTC journey can continue. I’m not very hopeful for this cycle as I was really doing this to make sure I ovulated this month (as well as temping, charting and all that fun stuff) and I did. So, I think we will be good to try again next cycle.

The kit I got from Healthsnap.ca had 20 tests in it so I have enough to test next cycle. Which is fabulous and I noticed the price was a bit cheaper at Healthsnap.ca than I’d seen it on other websites in Canada.

Healthsnap.ca has more than just ovulation kits. There is just about everything there: Beauty, Skin Care, Personal Care, Household, Medicine, Vitamins & Supplements, Baby & Mom, Diet & Fitness as well as Sexual Wellness. Pretty much something for everyone. They even have Pharmacy same-day pick up!

What is Pharmacy Same Day Pick Up?
During the checkout, choose ‘Pharmacy Pickup’ and select a pharmacy that’s convenient for you. You can search by Postal Code, City, or Pharmacy Name.

If you ordered before 10 a.m. EST and your selected pharmacy offers same-day pickup (check your selected pharmacy’s page for this), you’ll get an email confirming the approximate time your parcel should be ready at your pharmacy by the end of the day. If not, hold on for an email about when your order is ready for pickup between 1-4PM the following business day.

For convenience they take payments from: Visa, Mastercard, American Express, Visa Debit, and Paypal – which is a huge plus them accepting paypal!

So, if you live in Canada and are in need of well, anything – head over to Healthsnap.ca to see if they’ve got what you are looking for. I am now a customer for life and although I hope this will be the only ovulation kit I will need, I will go back for another if needed!

Disclosure: This is a sponsored post. I compensated in some way to write up my review and experience. However all opinions are mine and 100% true. 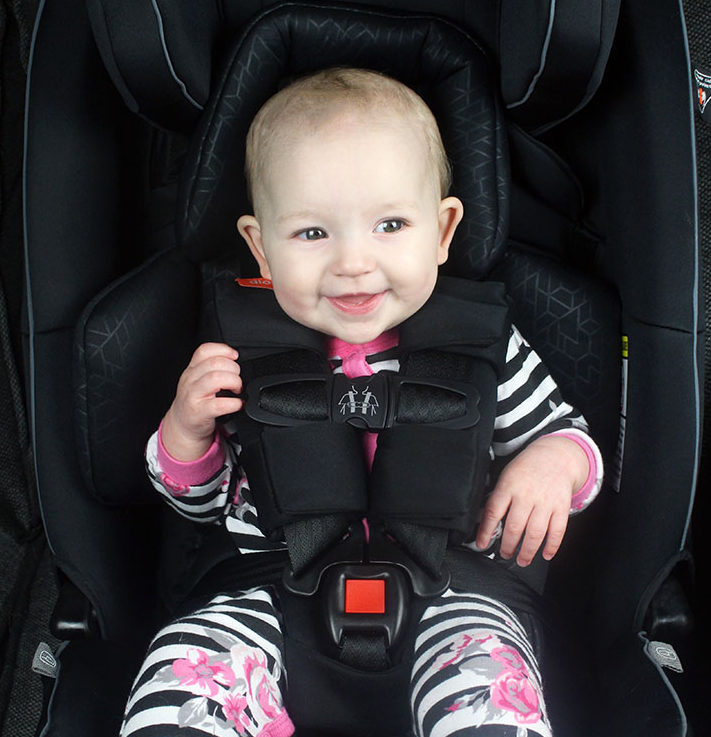 [su_highlight background=”#e1e3e3″][icon name=”star” class=”” unprefixed_class=””] Disclosure: This post is in partnership with Diono Canada. As always, opinions are all mine.[/su_highlight] I’m going to start this off by saying I’ve tried many car seats over the years. Diono has been one of my all-time favorites for quite some time. We may not have a vehicle or… 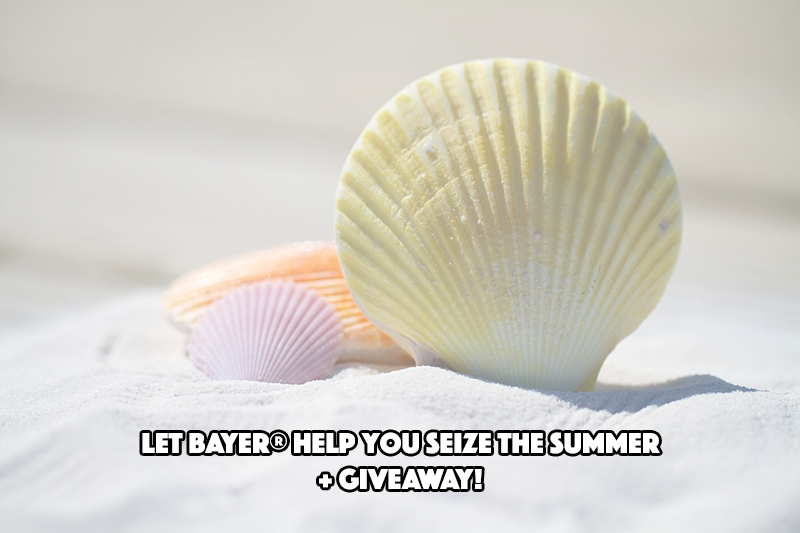 Picture this: you wake up and crack a smile before you even open your eyes, because the sun is streaming through your open bedroom window. Then you realize your nose actually woke up first and took off running in protest of the ragweed carried in from the breeze. You don’t let that get you down… 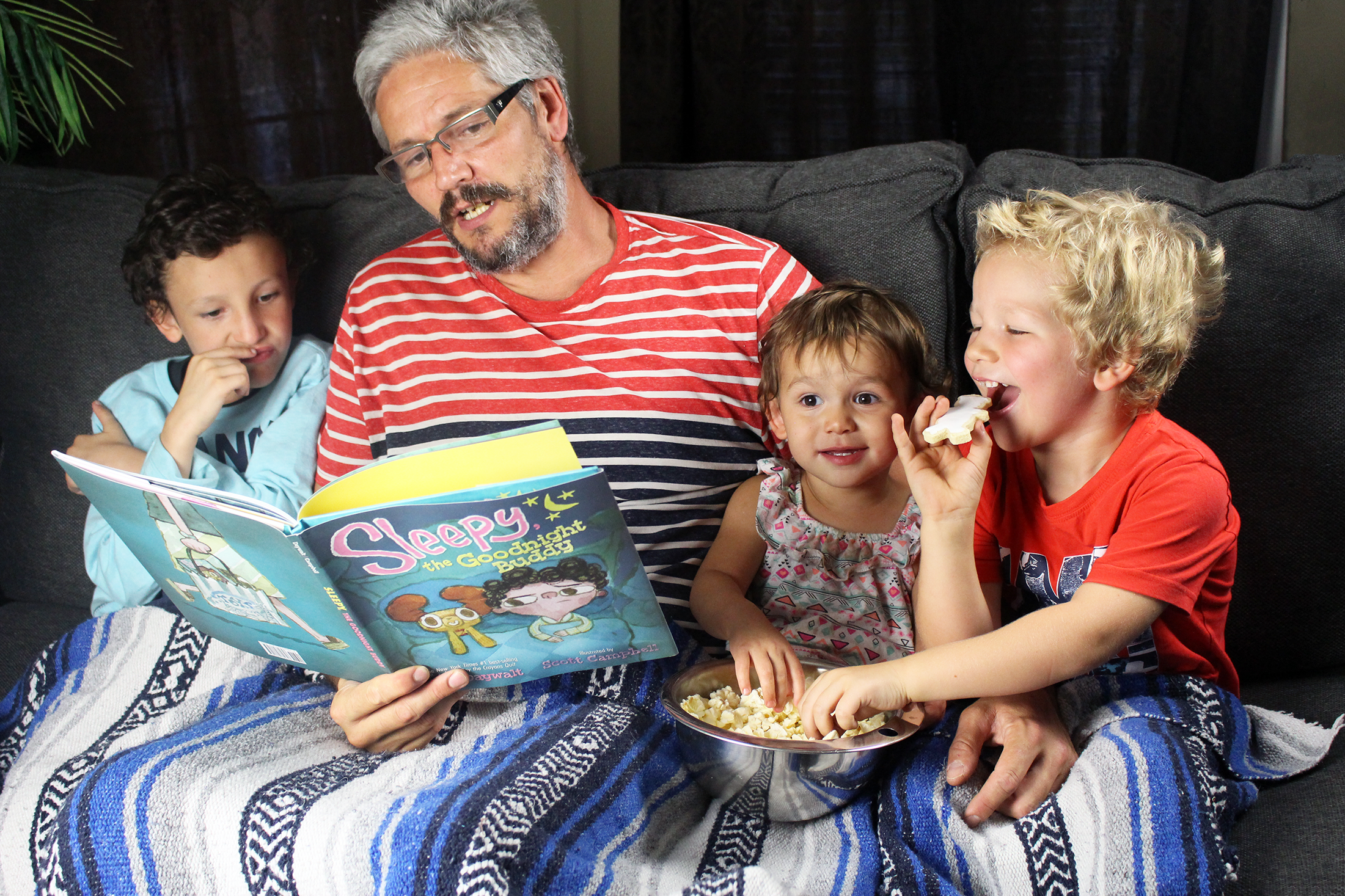 [su_highlight background=”#e1e3e3″][icon name=”star” class=”” unprefixed_class=””] Disclosure: This post is in partnership with Disney Book Group. As always, opinions are all my own.[/su_highlight] Our family loves sleepovers and slumber parties! From age 12 down, my kids love being wherever we are all the time, including bedtime. So, for that very reason, we have big family slumber parties… 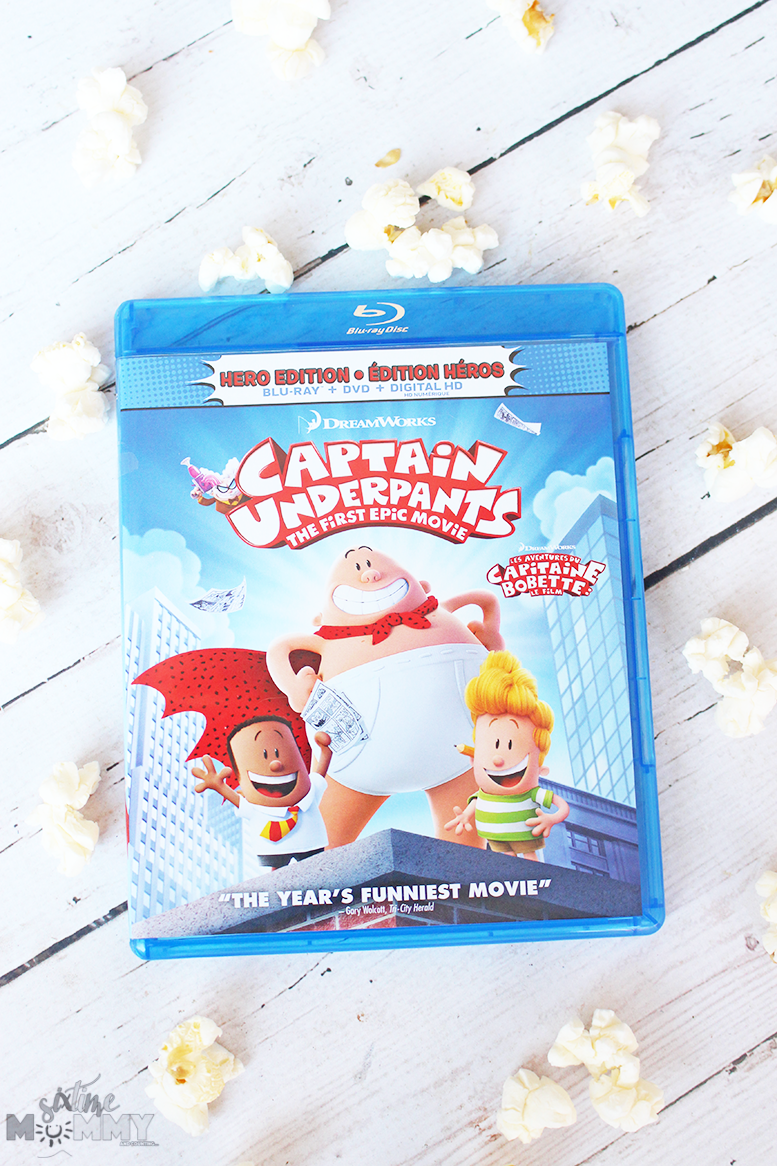 Disclosure: This post is in partnership with Fox Home Entertainment. As always, opinions are all mine. This past week has been busy. But, I had promised my kids a family fun night during the week this week because they were thrilled we had gotten a copy of Captain Underpants: The First Epic Movie! The boys… 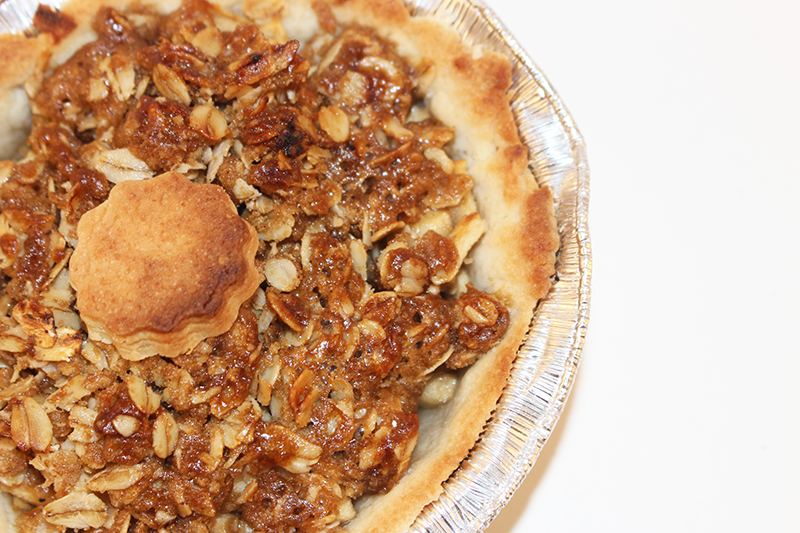 Quick, what do you think about when I say fall/autumn? The first thing that comes to my mind is comfort. And, comfort to me is food. Growing up my grandma made the most amazing Apple Crisp. Anytime I smell apple cinnamon (candles, incense, or even air freshener) I think of my Grandma and her apple… 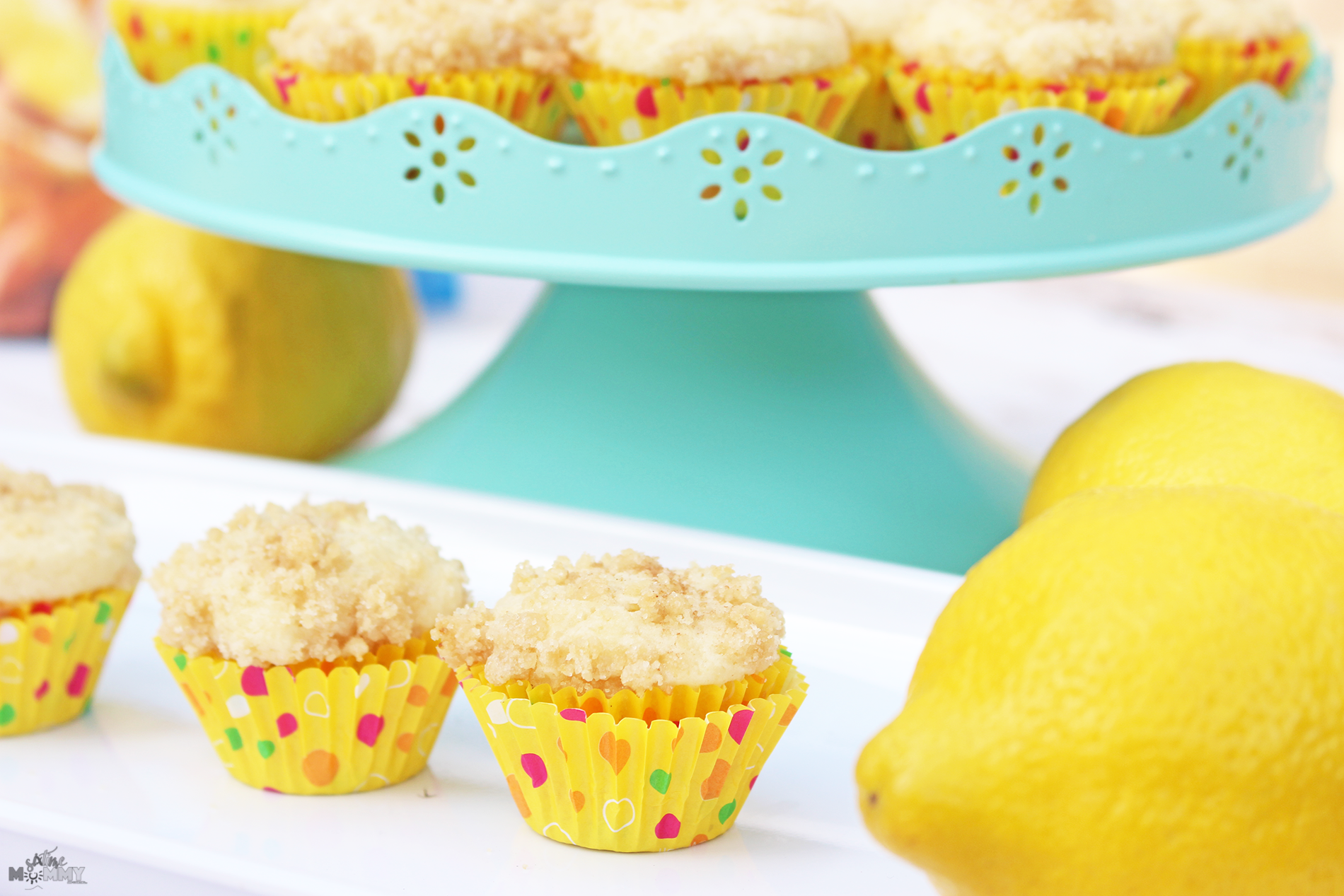 Light, fluffy and deliciously crisp for a gorgeous Summer morning! What better way to start the day than by having a delicious Mini Lemon Iced Tea Streusel Muffin! I don’t know about you but when I think of Spring and Summer the first thing that comes to my mind is warmth. I love the sun…