Top
Follow me on instagram!
@sixtimemommy
You are here: Home / Giveaway / Kidoodle.TV Review, Trial & Giveaway!
I’m a firm believer in “Everything in moderation” so yes, I do let my kids watch tv. However, they don’t sit after school all night watching tv, or all weekend long. They wouldn’t even if they wanted to because my kids are get up and go kids – always active and I don’t mind one bit!
But when you think of tv and SAFE shows for kids to watch not a lot comes to mind. Most television stations that have children’s shows have commercial’s I don’t like my kids seeing or shows I wouldn’t allow them to watch (Family Guy, The Cleveland Show, American Dad? no thanks) but then there’s channels dedicated to kids, but they all seem to be aimed at kids 3 and under… So what’s one to do with kids above 3?
Enter Kidoodle.TV

We have 3 televisions in the house, and usually only 1 is on in the living room. My husband drives me nuts with the tv, he always has to have something on meanwhile during the day I would have it off all day when he’s not home, I don’t mind and would rather the quiet. But when he’s home the kids can’t watch anything because he always has his silly Gold Digging shows on or whatever – so Kidoodle.TV takes care of that! You can even use it on your iPhone, iPad or Android device! How awesome is that? It can also be accessed from a computer, or laptop! 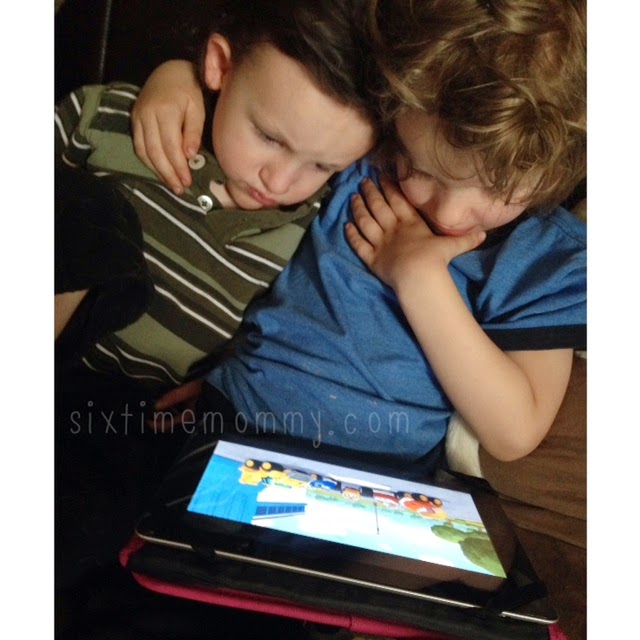 In our house we have 3 tv, 1 ipad, 2 laptops and a netbook. The laptops are mine and the netbook is the kids – they get 1 hour a day on it on the weekends each, and after school they can do that or watch tv and we alternate. It can be a big confusing, so I’ve had to start keeping track… Again, Enter Kidoodle.TV
Not only can they watch TV shows together, but the selection is endless on Kidoodle.TV and they don’t have to fight over what to watch because there is no commercials, which gives them more time to watch more shows! 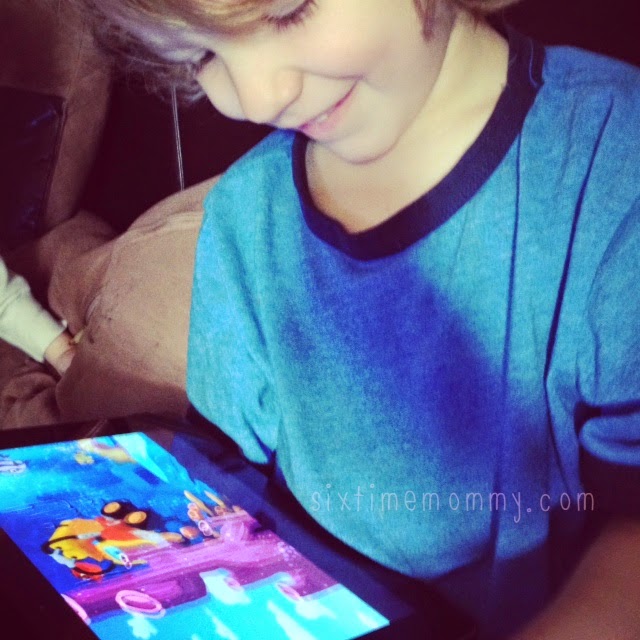 My boys enjoyed watching “Chuck and Friends” together. It was really cute to watch them, and knowing it was safe for them to watch that they wouldn’t see anything inappropriate was very reassuring. All of my kids absolutely love watch Kidoodle.TV even Jordan who is almost 11 was watching the National Geographic’s they have as well as Sonic the Hedgehog! So not only is it great for kids 2/3/4/5 but also the older 10/11/12 can enjoy it as well!

My girls got a kick out of all the My Little Pony and Pound Puppies too! 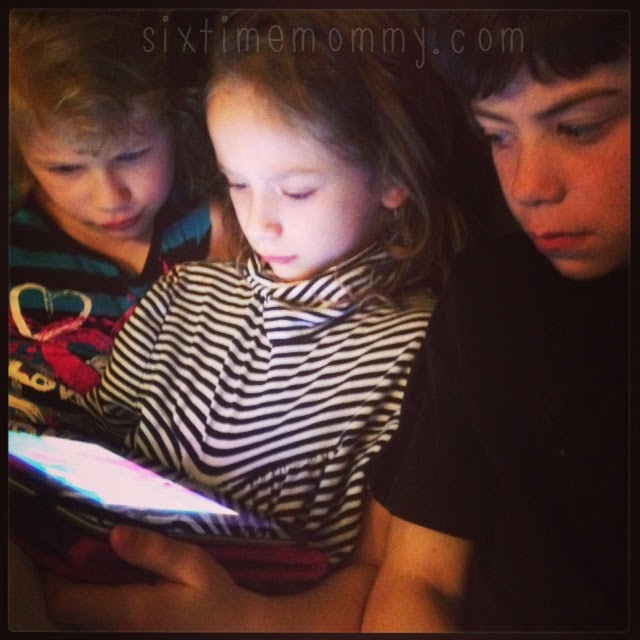 What exactly is Kidoodle.TV?
Kidoodle.TV is a streaming monthly television service geared towards children 12 and under!
How is kidoodle.TV any different than other services?
Kidoodle.TV is different because it lets YOU the parent control every aspect of what the children watch. With parental locks, and timer settings you can not only control when they watch but how long they watch too! 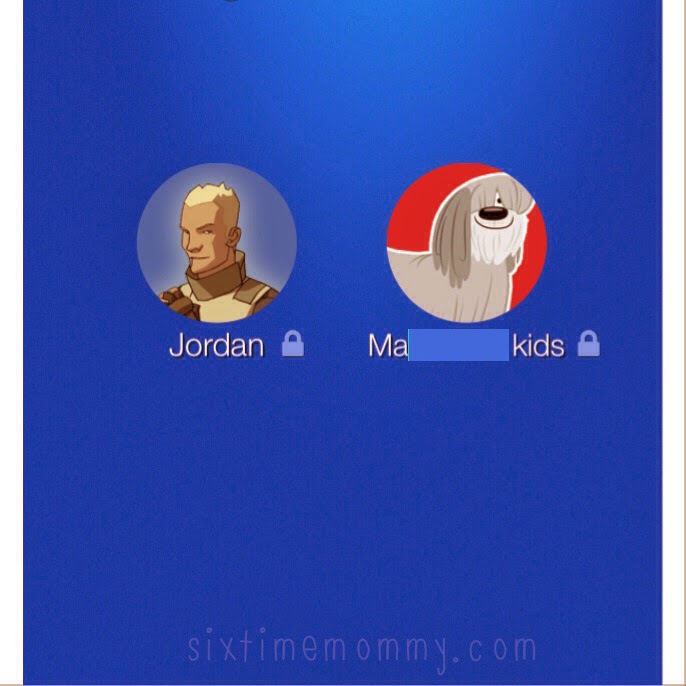 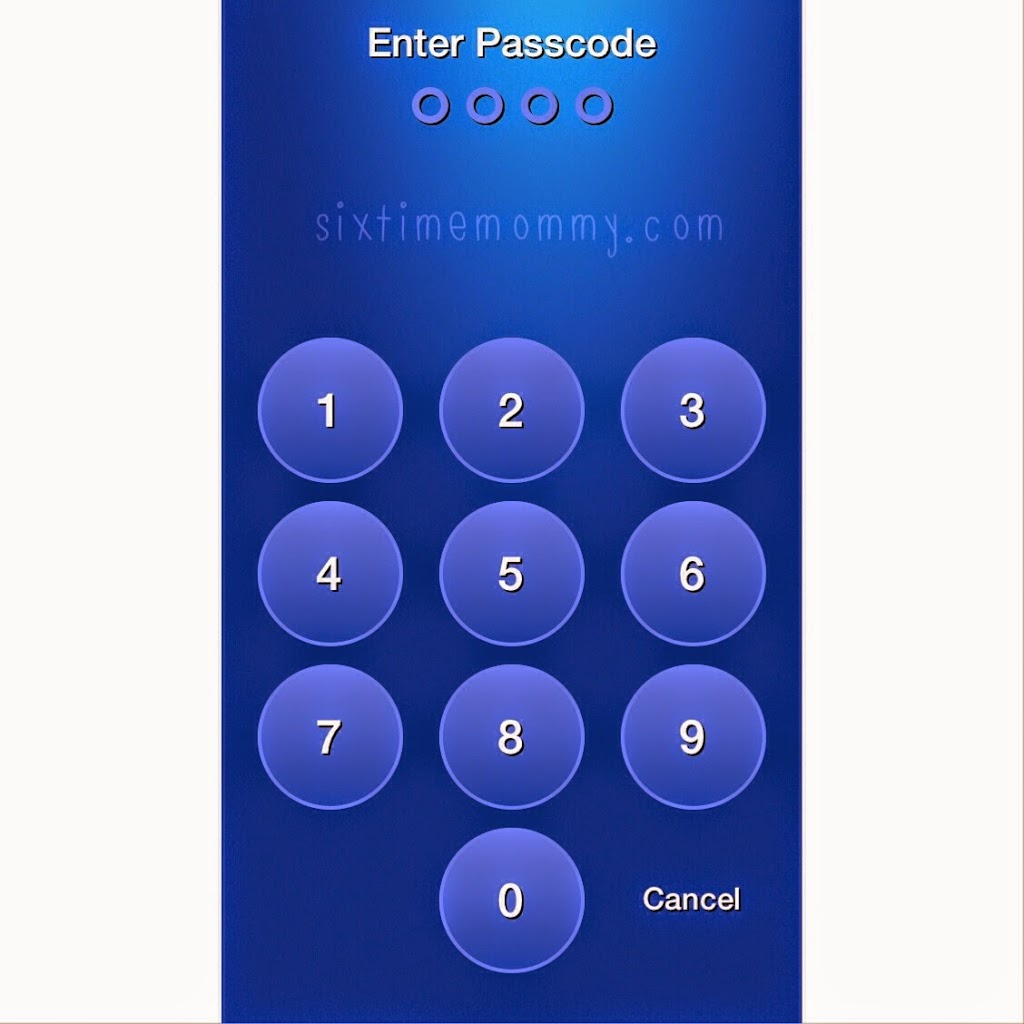 How much does Kidoodle.TV cost?
Kidoodle.tv is extremely affordable at only $4.99 a month.
Kidoodle.TV is completely ad-free, and gives all the control to the parents all while letting the kids watch their own shows, and not be worried about watching something they aren’t suppose to! Kidoodle.TV has a wide variety of shows, and movies to choose from.. 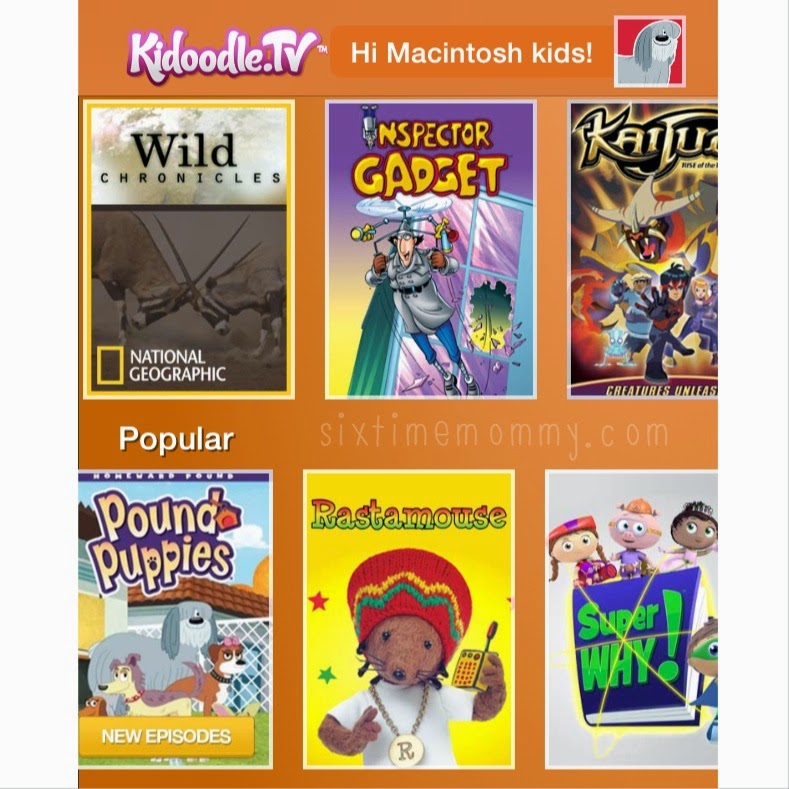 There is great content to choose from even older shows that I remember watching as a kid “Inspector Gadget” anyone? So awesome..
If you are like me and don’t like the kids watching too much television, but want to feel safe and secure by allowing them some shows – give Kidoodle.TV a try! My 4 year old asks all the time now if he can go watch Kidoodle.TV on the iPad after dinner “Just for 1 hour mom!?” he likes being able to sit quietly and watch something HE wants to watch….  I even don’t mind watching a show or two with them because there’s such great content! I’m most definitely a #kidoodlemom now!
Still not too sure? Why not give Kidoodle.TV a try?

Enter to win 1 of 3 iPad Minis from Kidoodle.TV by entering on the Kidoodle.TV Facebook Page – The Facebook contest is open only to residents of the 50 United States & District of Columbia, & Canada (except Quebec).  Ending April 30.

GIVEAWAY!
How would you like to win a 1 year FREE subscription to KIDOODLE.TV right here on sixtimemommy? ENTER BELOW! Winner will need to provide their email address to Kidoodle.TV
Giveaway only open to Canadian residents excluding Quebec… ends at 11:59 pm EST on April 20th

Disclosure: I am part of the Kidoodle.TV blogger program with Mom Central Canada and I receive special perks as part of my affiliation with this group. The opinions on this blog are my own.