You are here: Home / tech / Making The Switch 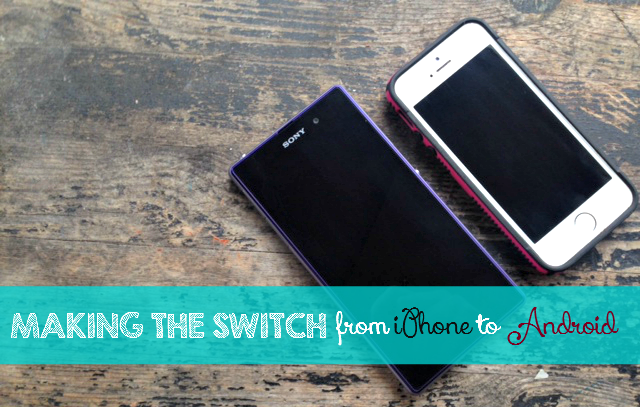 Those are some words I never ever thought I would be saying. But yes, it’s true. Last night we decided to make the switch from iPhone to Android. Why? Well, it wasn’t my choice believe me but we had to switch carriers and the iPhone’s they had weren’t the ones we want, and I wasn’t about to hand over the amount they want for iPhone 6’s for the 3 of us! So, husband and son did some research and picked out our new phones.

We all got Sony Xperia Z1’s. They got black and I got purple. It’s okay.

My first thought when I saw it was HUGE. Holy.Whoa.Thats.HUGE.

But, now that I’ve had it and been able to play around with it a bit it’s not so big. It is however hard for me to get used to the idea of an android. Things are a bit different, but the biggest hurdle for me is going to be the keyboard. I’m used to the iPhone and it’s longer space bar, the Xperia has a shorter, smaller one which makes it very difficult for a texter like me to not make so many mistakes. I hope this is something I can get used to.

However, there is a few things I love about it so far. The screen and the camera. 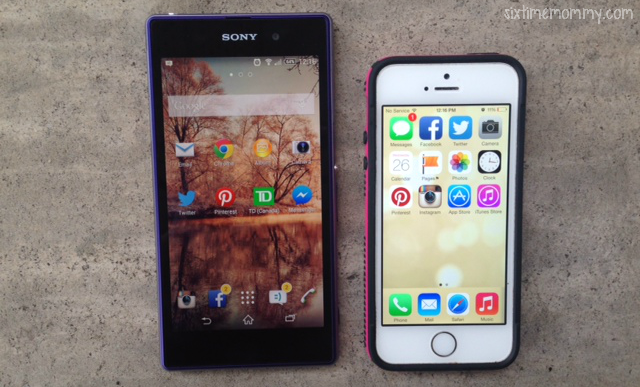 The screen is so much bigger on the Xperia, than the iPhone. I had the iPhone 5s. As you can see above, there is a bit of a size difference.

Thankfully this isn’t something I dislike, I really like having a bigger screen. It also seems a lot more clear than my iPhone for videos and photos. I’m not too sure if there’s a big difference, as I didn’t look up specifics but I like the Xperia resolution and screen size much more.

The camera, I haven’t really had time to play with yet. We got home later last night and today I’ve been busy homeschooling, and just jumped on to post this quickly during lunch… But I will post another update in a few weeks. So far though, I am liking the photos. 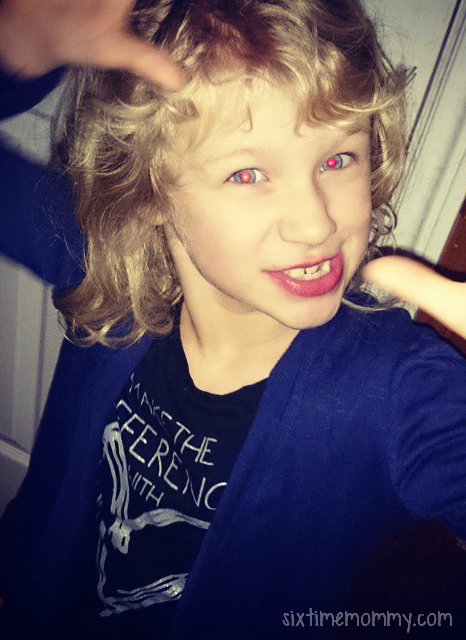 I just need to figure out how to eliminate red eye! Oops.

What type of phone do you have? Have you tried iPhone and Android? Any tips?