Who lives in a Pineapple Under the Sea?
I think anytime that question is asked the first thing that comes to anyone’s mind is to shout SPONGEBOB SQUAREPANTS! 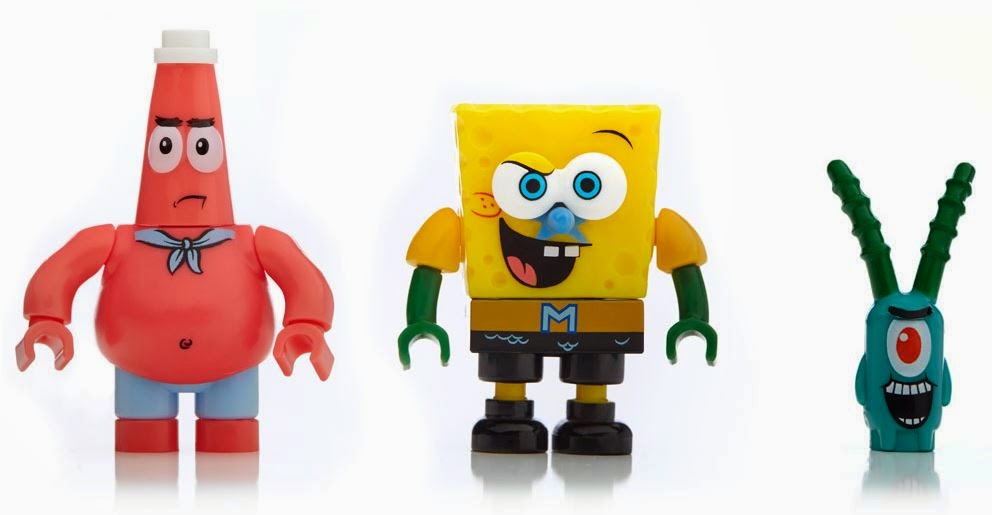 Did you know Spongebob Squarepants first premiered back in 1999? That was when I was 14! I still remember it, even though I was in high school I’d see that little yellow square sponge all over the place! Everyone loved and adored the show, and still do! Even my kids get a really big kick out of it! 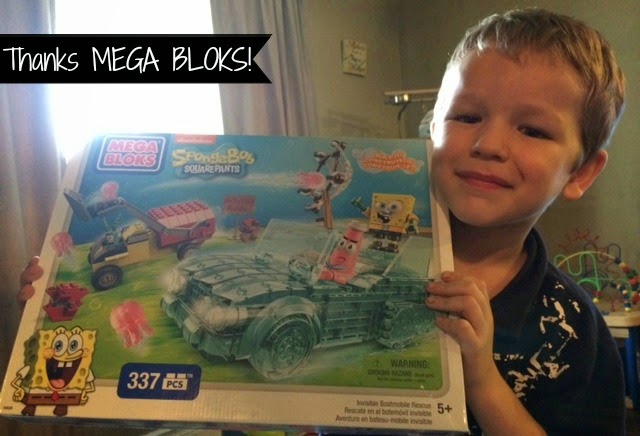 We received Mega Bloks SpongeBob Squarepants™ Invisible Boatmobile Rescue for taking part in this giveaway and I’m sad to say I don’t have any photos of the finish product YET because Jayden and Daddy are still working on it! The Invisible Boatmobile Rescue comes with 337 pieces, so it’s been a really great bonding time for Jayden and Daddy to do in between school, surgeries and work schedules. They are having loads of fun! This is an absolutely great gift for Christmas or even just because, it’s hours of fun in one box! 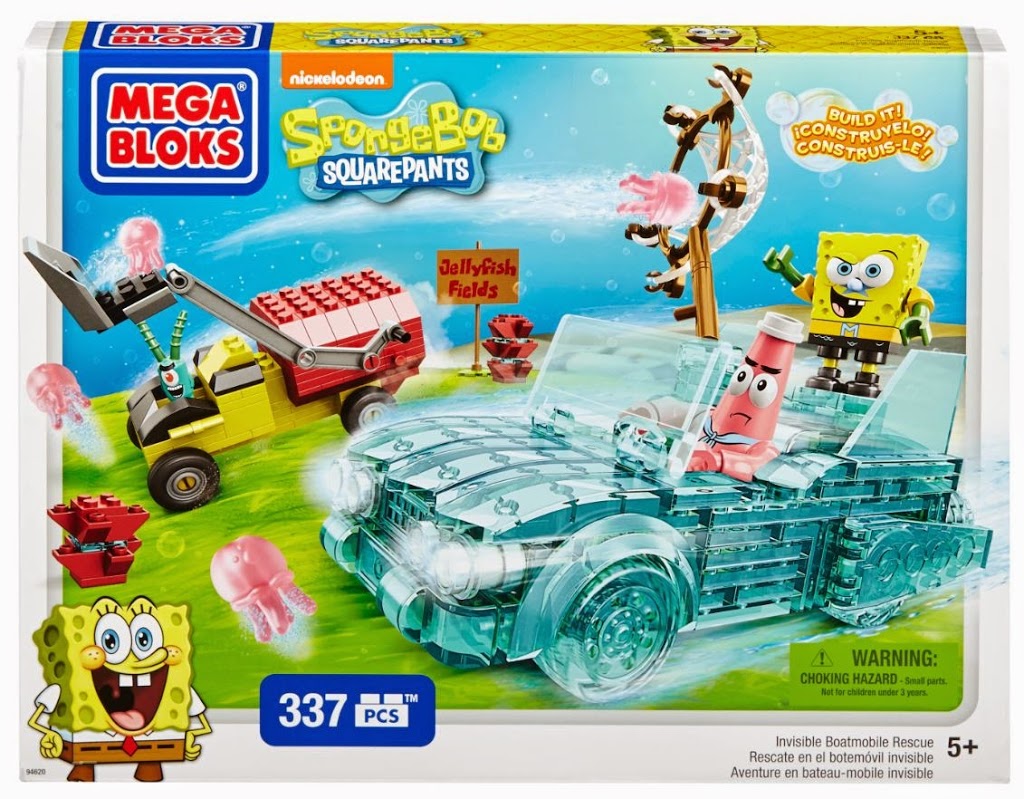 ABOUT THE INVISIBLE BOATMOBILE RESCUE
ideal for ages 5 and up 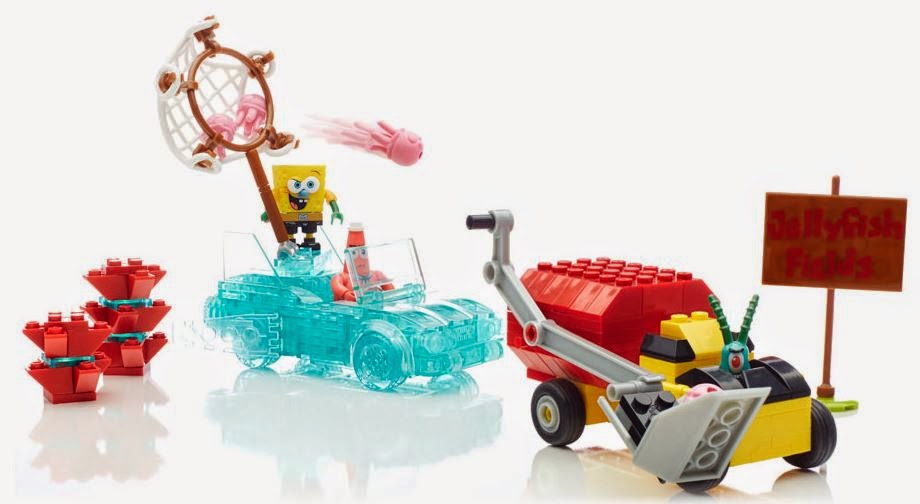 The wonderful folks over at Mega Bloks have kindly offered one of my readers the Mega Bloks SpongeBob Squarepants™ Invisible Boatmobile! This giveaway is open to US residents ONLY.

Disclosure: This is a sponsored post. I was given these products complimentary to conduct this giveaway. However all opinions are mine and 100% true.
Giveaway open to US residents only. ONE WINNER will receive 1 Mega Bloks SpongeBob Squarepants™ Invisible Boatmobile Rescue .. You have 24 hours from prize announcement to claim your prize before a new winner will be chosen instead. Giveaway is open from Oct 27 – Nov 3 at 11:59p, winner will be chosen and posted/emailed the afternoon  Nov 3rd! Good luck!
Previous Post: « The Selfie Me Vs The Real Me
Next Post: Preparing for Halloween »