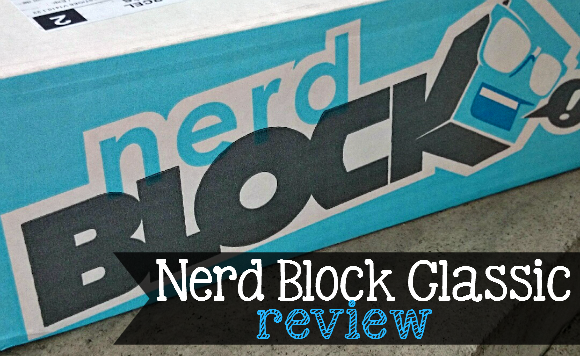 What is Nerd Block?
Nerd Block is a monthly mystery package delivered right to your door filled with nerdy apparel, toys, and collectables! Every Nerd Block comes with a custom t-shirt (in your size) and 4-6 epic items for you to tear into! – nerdblock.com

When Do They Ship Out?
Nerd Blocks are sent out approximately the 15th of every month and Horror Block and Arcade Block ship on the 25th of each month.

Where do They Ship?
Canada, USA and Some other Countries where tracking and air delivery available.

Would You Like to Save A Little? How About 10% off?
Use code MOMMY6 for 10% off your first block!

What Did We Get? 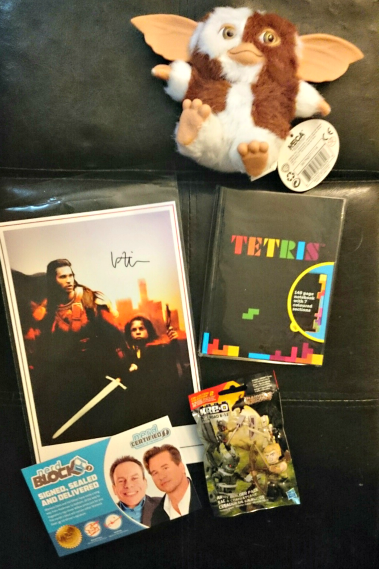 Gizmo Plush Toy (I think I was most excited about this!)

And, there was 2 shirts included in this month’s Nerd Block Classic

Jordan was MUCH happier with this box than the Nerd Block Jr, which I’ve mentioned and wrote reviews for in the past. This box is better suited for him, he loved everything in the box. Has gotten plenty of wear out of the two shirts (and Jayden even stole one this morning!) so I would definitely recommend if your preteen is picky, and likes gaming but also likes things older people do this Nerd Block Classic would be the way to go.

I will be getting this subscription for him for his Birthday in September. He is going to be thrilled.

Each Nerd Block Classic for the month of December got 2 t-shirts, and also got Willow Print Signed Photo of Val Kilmer or Warwick Davis.

Disclosure: This is a sponsored post. I was given this product complimentary to review. However all opinions are mine and 100% true.