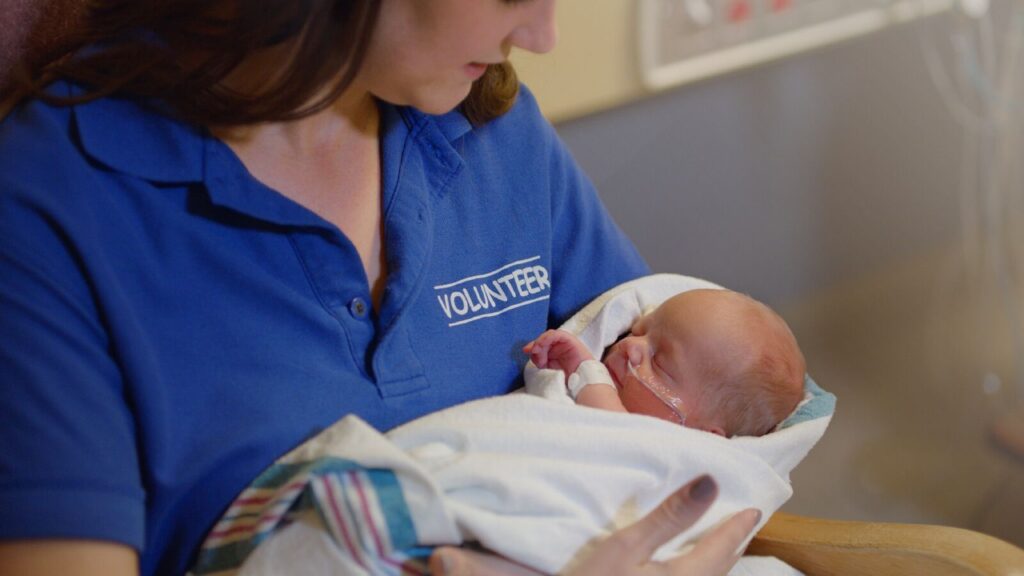 I’ve been really lucky when it comes to babies. Although Justin did arrive around the time they still consider to be preterm (36 weeks!) but, he wasn’t a preemie by any means. He weighed 7lbs 2oz and didn’t need to spend any time in the NICU or need to be away from me at all. Not everyone, or every baby is as lucky.

I’ve had a baby spend time in the NICU, Hanna this past summer spent just over 24 hours in the NICU but not due to being premature, she was there due to low blood sugar thanks to my gestational diabetes. But, while I was there spending time with her and nursing her every 3 hours I was able to experience what goes on in the NICU. While I was there a baby born at 31 weeks arrived, and was wheeled by me. My heart just broke. Not only for the little baby girl in the incubator on all the machines but her parents who I  didn’t get to meet, but did get to hear speaking to the nurses and gushing over their beautiful new addition. They would be enduring months of time in the NICU and I don’t wish that upon anyone.

The NICU is not a place anyone wishes, hopes or dreams of ending up but it happens. Especially to those beautiful babies who decide its time to come before they are ready to. Those that have to come before they are ready due to extreme risks to baby or mommy. It’s not something anyone should have to experience, but we do and when we do we are so grateful for the teams in the NICU. I had a breakdown of epic proportions when Hanna was taken to the NICU. Even more so that night when I learned had the maternity ward kept me like they promised the NICU – Hanna would have been back in my room that night with me instead of away from me while I was in another room only going to her every 3 hours to nurse her. It was hard. So very hard.

I was able to look around the NICU when I was there. I was able to speak to some amazing nursing staff that had serious compassion, empathy and heart. I was consoled and had a heartfelt conversation with a young nurse that changed how I felt and made me realize it wasn’t the end of the world – that my baby girl was in amazing hands. She was focusing on Hanna and one other baby in the NICU, while the other nurse did the same with two other babies.

While nursing and snuggling with Hanna during the 26 (I think in total she was there 26 hours) hours she was in the NICU – I noticed that not all moms, or dads could be by their baby’s sides during their NICU stay. I was worried I wouldn’t be able to if Hanna had to stay any longer too. To be honest – I only saw one dad there with his little baby, and the 31 week preemie who had just been brought in had her parents there for a short time; Some babies can be there for weeks, if not months on end. How can parents be there 24/7? I’m sure, no I know they want to be but they just can’t. Most have other children, jobs and other obligations that they just can’t be by their little ones side 24/7.  That’s why Huggies created  No Baby Unhugged, an initiative designed to help hospitals ensure that all babies get the hugs they need, even when moms can’t be there.

Did you know: Over 600 babies are admitted to these hospitals each year, where hundreds of hours of care are offered by trained volunteers. Take a look at the heart-warming videos below featuring true stories captured at the these No Baby Unhugged hospitals, which expose the reality of NICU care and how this initiative is helping families. 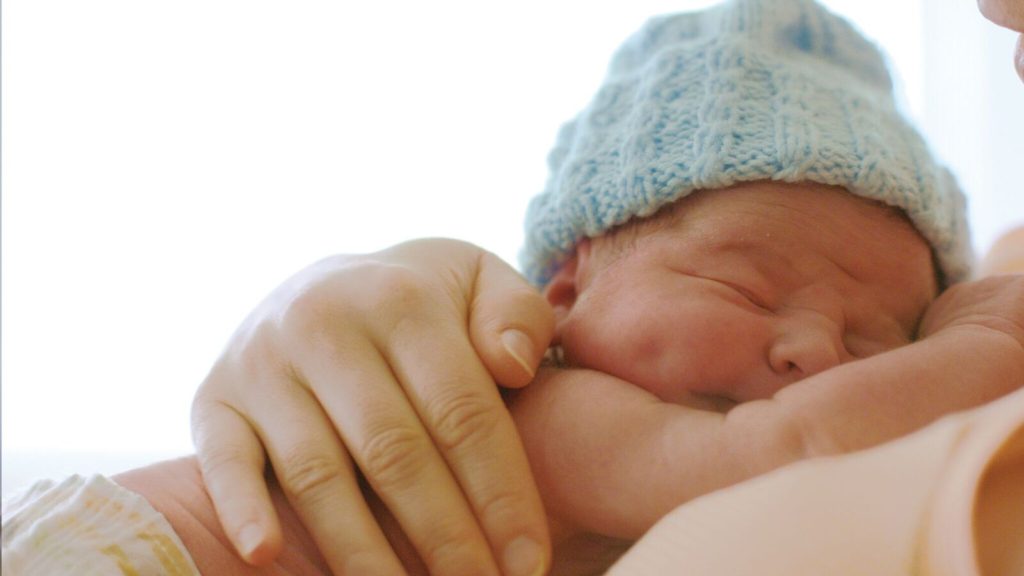 Through the No Baby Unhugged program, Huggies has provided $50,000 in funding to two Canadian hospitals, with more planned. To-date, Huggies has partnered with Cape Breton Regional Hospital in Sydney, Nova Scotia and Southlake Regional Health Centre in Newmarket, Ontario, offering funding to cover hugging chairs and stations, along with dozens of Hugger Volunteers in the neonatal intensive care units to help ensure all babies get the hugs they need.

This program is amazing. It should be available at every hospital, everywhere but sadly it is not. I would LOVE to volunteer to be a hugger, so we need to get this out there and in more hospitals!

I was able to go in the NICU and hug Hanna whenever I wanted while at the hospital. She was born at 605p and the next morning at 8a was admitted to the NICU. I was still in the hospital but a lot of parents aren’t lucky enough to be able to stay. This initiative would ensure babies get the hugs they need to help them continue to grow and thrive.

Do you agree and think this is a valuable program? If so, I encourage you to lend your support by becoming a No Baby Unhugged Mom at nobabyunhugged.com. When you do, Huggies will thank you for your support by sending you free Huggies Diapers. 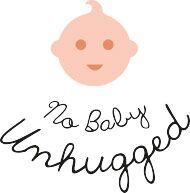 Disclosure: This is a sponsored post. I received special perks or payment for my participation, however all opinions and views are mine and 100% true. 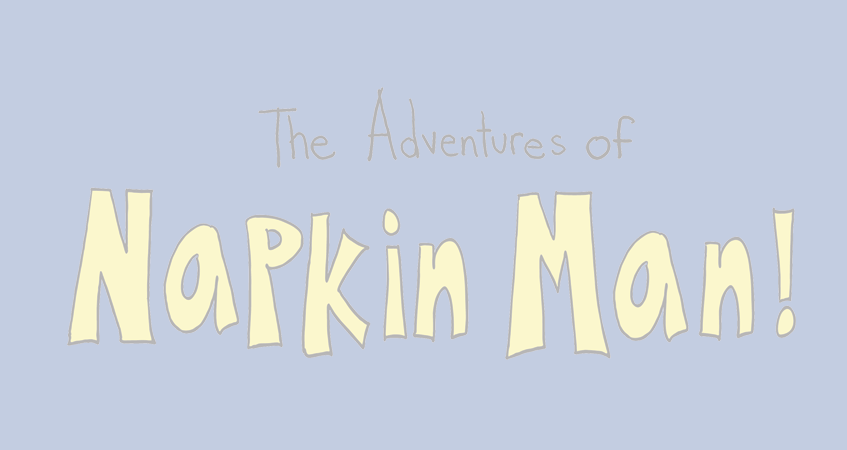 One of my favorite things about having the kids home during the week is kids television. I often find too many tv shows nowadays are for sure not suitable for children so when my kids are home, I’m much more comfortable having the tv on because I know whatever is on tv will be suitable… 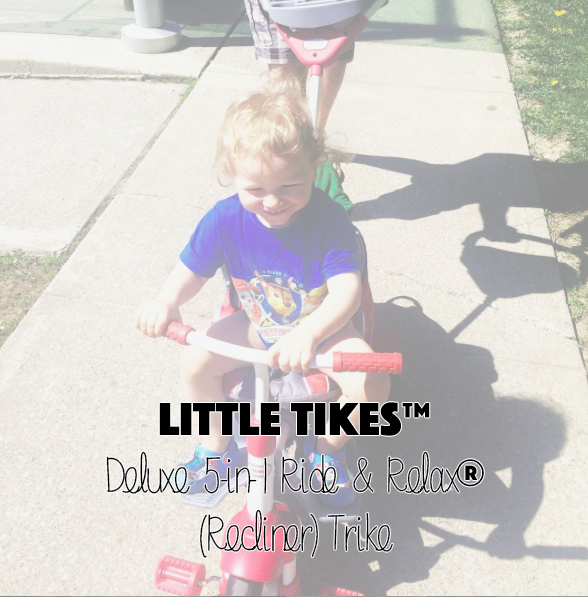 Now that the nice weather is FINALLY here we are spending a lot more time outside! Playing in the backyard, going for walks and spending some time at the parks! Justin who will be 3 in September is hating his stroller more and more everyday because he wants to walk or play with the big… 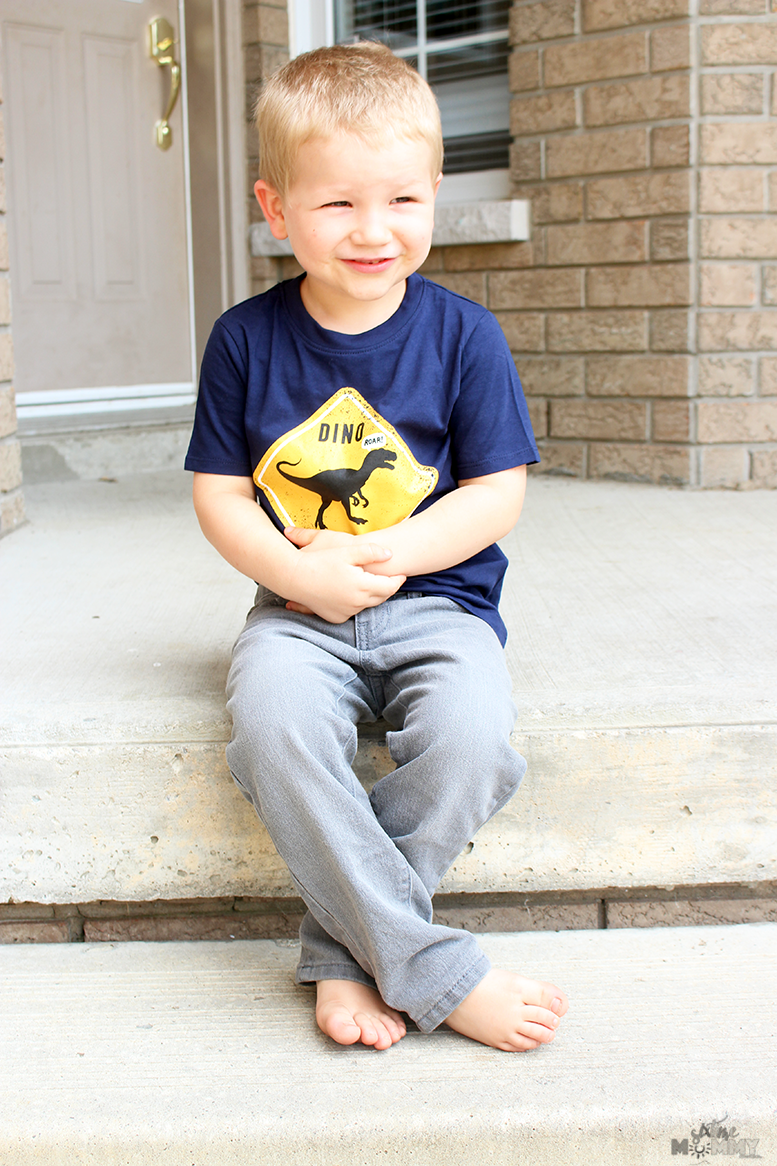 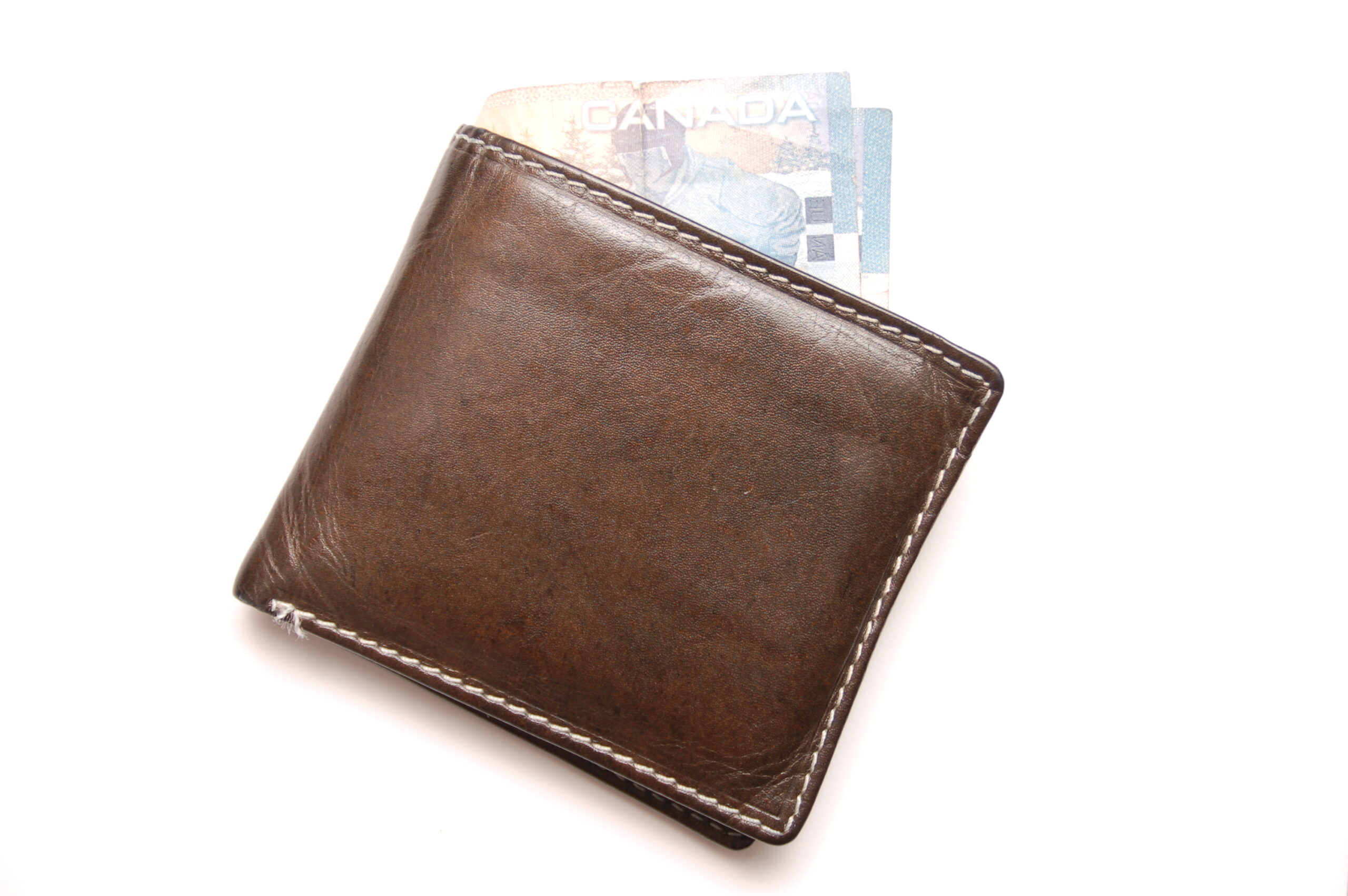 Financial Fraud is something everyone should be concerned about. It’s something I thought I’d never have to deal with, and something I never really gave a second thought. In the early morning hours one day during the Summer of 2010, we got a phone call from the bank that my husband’s bank card had been… 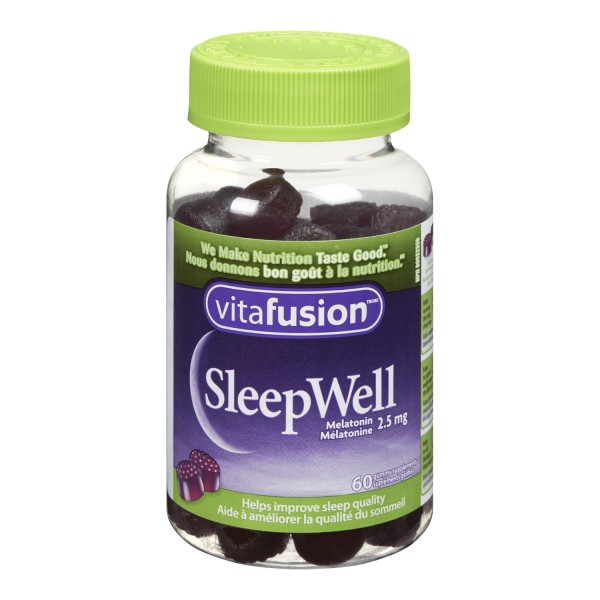 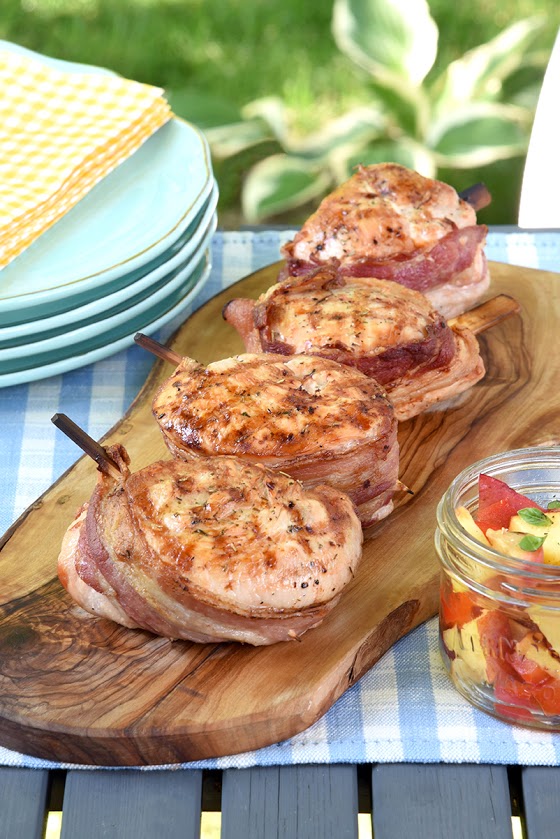 Disclosure: This post is sponsored in partnership with Canadian Turkey. As always, opinions are all mine. Canadians are crazy for BBQ season.  And nothing says summer barbeque better than putting juicy, tasty turkey on the grill.  Canadian turkey is a great fit for the protein in any grilling recipe, and provides new and exciting options for…