Top
Follow me on instagram!
@sixtimemommy
You are here: Home / elf on the shelf / Oops! Lazy Mom Forgot The Elf! 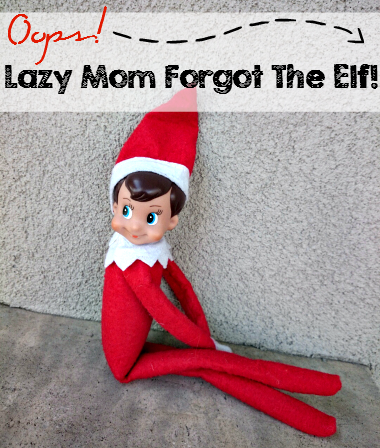 Ever know you need to put something away and keep saying to yourself “tonight when they go to bed!” well, I’ve been doing that since December 24. Our poor Elfie hasn’t moved since.

We love Elfie, and to keep him around would be fantastic but- he hasn’t moved. Not a budge. That’s because mama has the brain of mush right now.

Even Jordan had told me multiple times “mom put away the elf” heck, before Christmas Eve he kept telling me “mom move the elf!” and yep, you guessed it – I forgot. Poor Elfie has been sitting in the same spot over just over 3.5 weeks now. Oops. 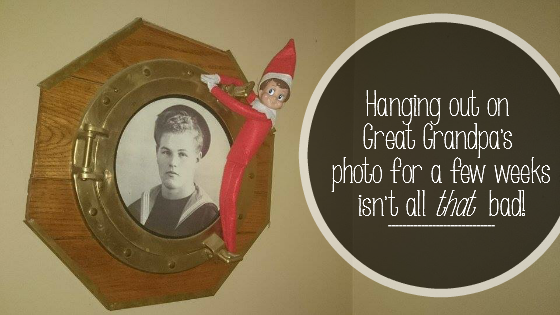 My kids question it and chalked it up to him just not wanting to go home. One of them even said, “it’s not as cold here as it is the North Pole. He’s probably enjoying our weather!” well, that’s a good way to look at it.

In reality I forgot. Every single day. I probably won’t even remember when I post this. In my defence though, why hasn’t anyone else moved Elfie? I have a husband and older son who know he has to go away, and no one else will touch him! Ah well. Maybe the Elf will stick around until next Christmas?

He isn’t hurting anyone so I don’t see the problem. In all seriousness though, people make such a big deal over this little elf – not everyone who has one does, and I think I’ve proven we love dear Elfie, but now I’ve also proven it’s not as serious as some wagging fingers like to think. Not even to the kids who tell me daily “yay Elfie is still here” I mutter and kick myself for once again forgetting but it just isn’t a big deal.

My mom fail over the Holidays? This.. I have way more important things to worry about then moving the Elf. Anyway, shouldn’t he move on his own? I mean – isn’t that how it went in the movie? Would be so much easier on us moms if that were the case!