Top
Follow me on instagram!
@sixtimemommy
You are here: Home / Entertainment / SING Special Edition is Coming to Blu-ray/DVD, and Digital HD This March! #SINGMOVIE #SINGSQUAD

Disclosure: This post is in partnership with Universal Pictures Home Entertainment. As always opinions are all mine. 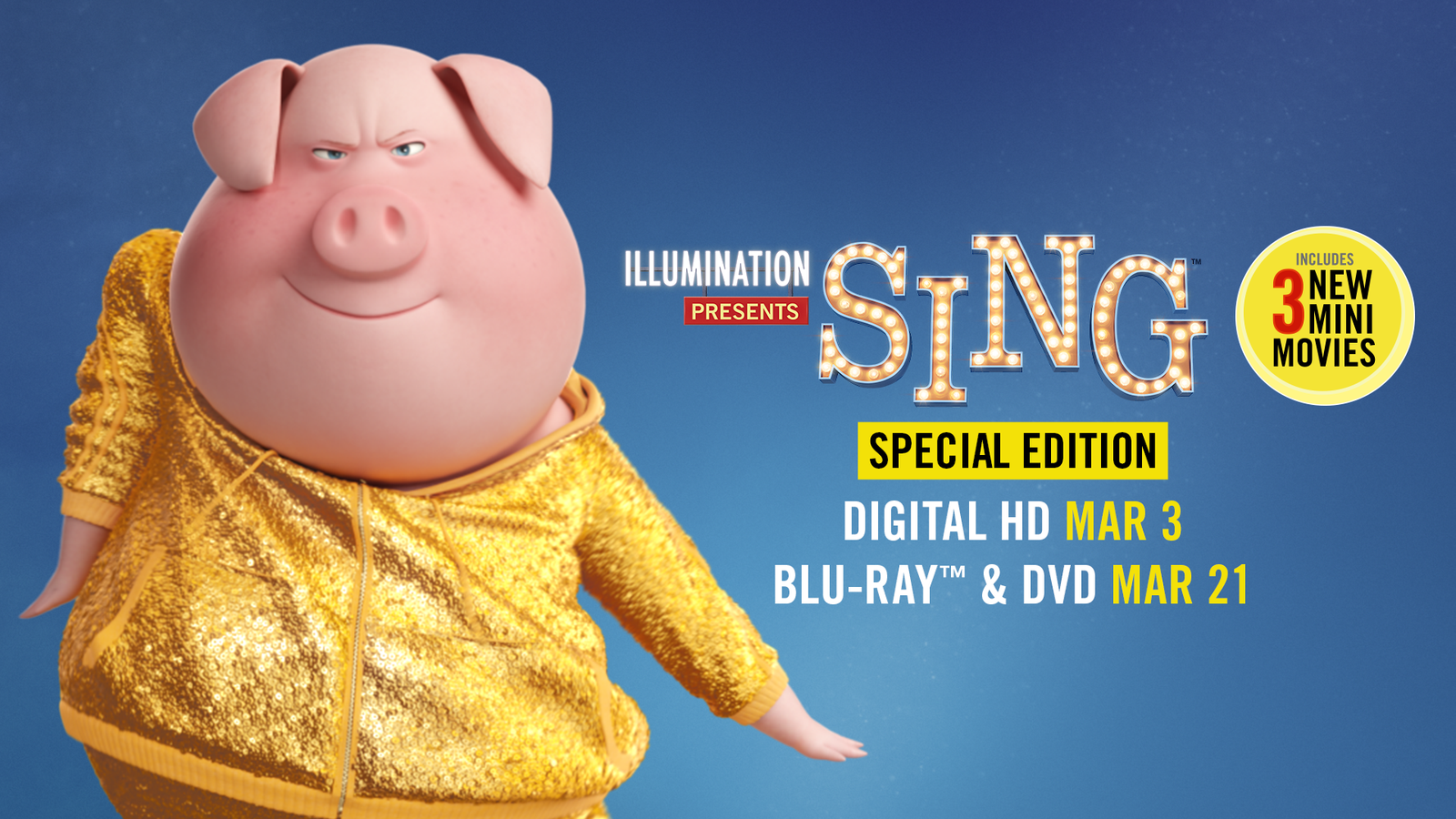 Music is magic. I’ve always thought music heals the heart, and music heals the soul. Nothing compares to music, and how it makes you feel! My kids are really big into music, and love singing and dancing around the house, and even out in public when they hear a good tune! When we first heard about SING we knew we had to see it! It even caught my attention which is pretty hard to do!

As such a big family that is pretty busy all the time we don’t get out to the movies very often. We are usually waiting for the movie to be realized on Blu-ray or DVD to be able to run out and grab it to enjoy in the comfort of our own home! It is helpful when you have so many little ones to stay in your own home, and not worry about kids acting up or ruining the movie for not only your own family but others at the movies as well.

We had saw the previews for SING quite a few times on tv, and I always stopped to giggle when it came on. It looked like such a wonderful, funny, heartwarming film with great music and a fantastic cast, not only for kids of all ages but grown ups too! So we HAD to go see it. I only took a couple of the older kids so we’re really looking forward to picking it up to watch from home with the whole family.

SING Special Edition is coming to Digital HD on March 3 and BLU-RAY & DVD March 21! We will be one of the first in line to pick up our copy!

The music-filled comedy will include over 60-minutes of bonus content and will incorporate three all-new entertaining mini movies featuring the cast from SING as well as an exclusive Tori Kelly music video and a variety of musical extras.

Doesn’t it look so good? From Illumination, the studio that brought you The Secret Life of Pets and the Despicable Me franchise, comes an animated comedy about finding the music that lives inside all of us. SING stars Academy Award® winner Matthew McConaughey as Buster Moon, an eternally optimistic koala who puts on the world’s greatest singing competition to save his crumbling theater; Academy Award® winner Reese Witherspoon as Rosita, an overworked and unappreciated mother of 25 piglets desperate to unleash her inner diva; Scarlett Johansson as Ash, a punk rock porcupine with a beautiful voice behind her prickly exterior; Taron Egerton as Johnny, a young gangster gorilla looking to break free of his family’s felonies; as well as Seth MacFarlane, John C. Reilly, and Grammy Award-nominated Tori Kelly. SING is the musical comedy event of the year! 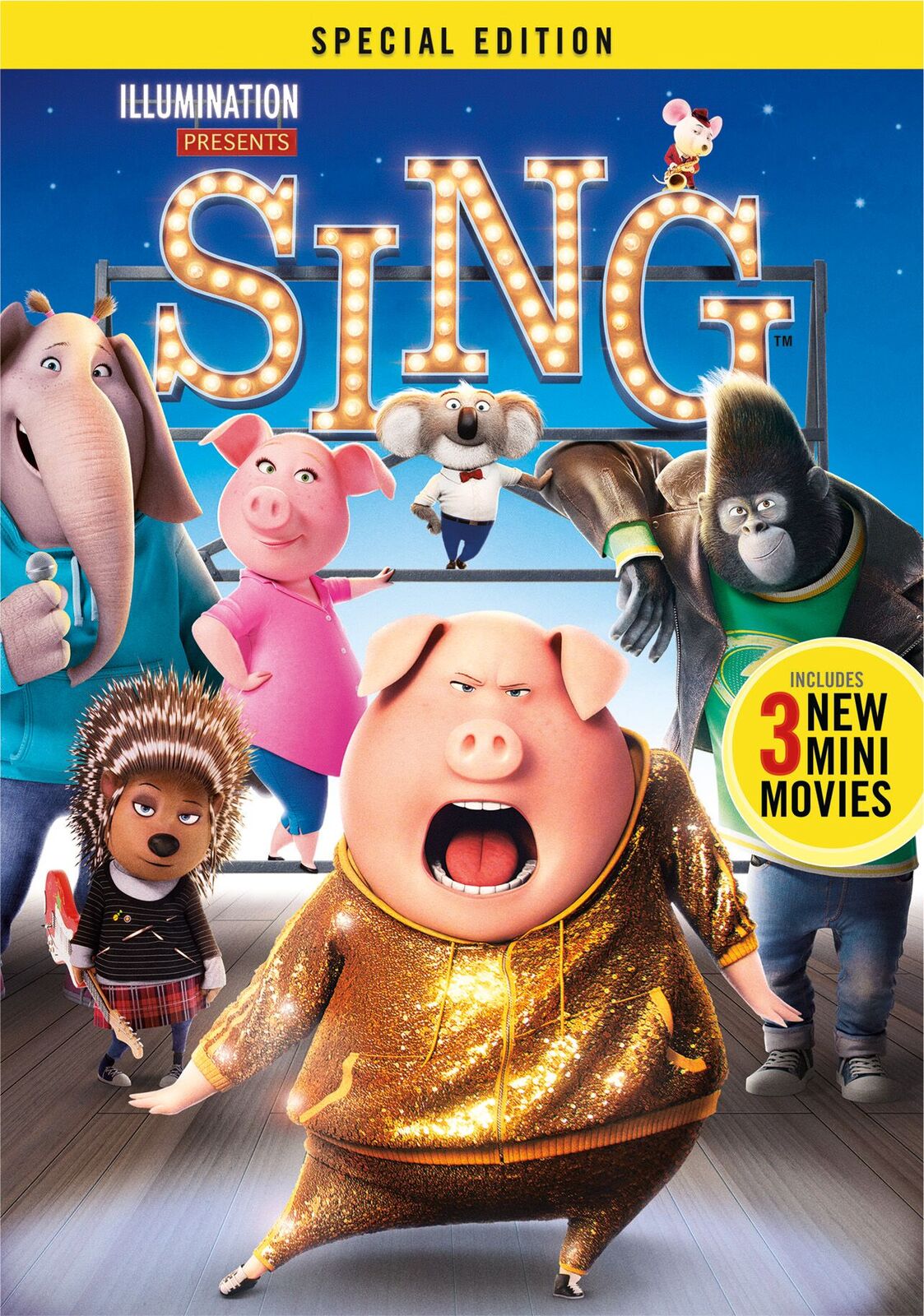 Did you know: SING is a Golden Globe nominee for Best Animated Feature and Best Original Song, SING features more than 65 hit songs including ‘Faith,’ a brand new song by the legendary Stevie Wonder (featuring Ariana Grande), marking his first song for a major film release in 25 years.

Have you seen SING yet? Will you be picking up you own copy this March?