You are here: Home / Kids / Terrible Twos? They Lied. 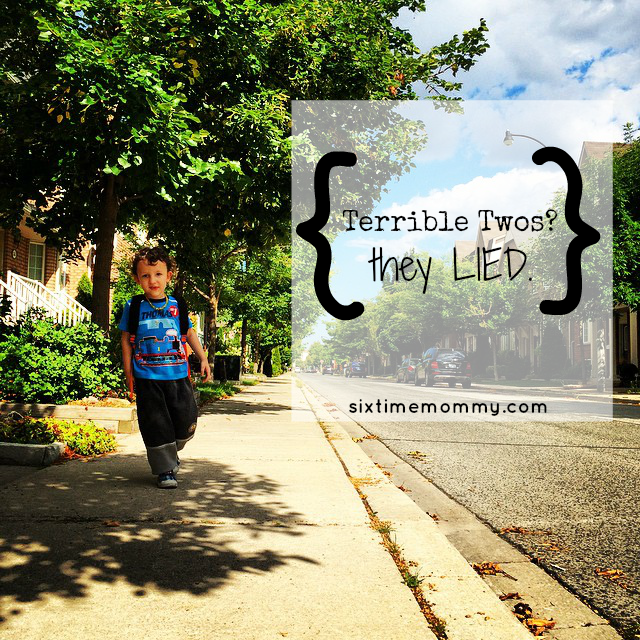 Terrible twos they said. They’d be awful, it’s a terrible time they said. Well, They Lied. At least to me.
None of my kids, all 5 who have passed the age of two dealt with “terrible twos” none of them. 0/5.
What they don’t tell you, and by they I mean everyone who has passed the age of two – is that age three? BEYOND WORDS what they said terrible twos would be. No, I’m not saying this happens with every child. Every child is different – and I’m sure it has a lot to do with personality, and who knows what else. It didn’t happen with all mine so you may skip the phase completely.
Beyond words? Okay, that may be a little exaggeration but let me tell you – terrible threes are very real and sometimes aren’t fun. Ava and now Jackson had the “terrible three” phase. Not 24/7 but had moments when I just really couldn’t believe these children were mine. They had to have been switched out for lookalikes!
Thankfully, it doesn’t last long and when it’s all over and done with you can let a huge sigh of relief out BUT – during this wonderful time it can be trying.
Jackson just turned three in May. Terrible threes hit in September. Like I said not 24/7 but the majority of the day is spent redirecting, explaining why we don’t do something, putting things back, having things thrown at us (like yesterday, wet leaves! Yes!!!) while he giggles with glee. Because wet leaves in your hair is pretty funny!
Just remember: It doesn’t last forever. It is a phase, and I promise – it’s not as bad as it seems.
I’m one of those moms who is a firm believer “NO!” Doesn’t really work. So I try to redirect, show them what they can do/play with instead of what they can’t. After all who really likes being told no? Especially being told no with no other options, right?
Some days we don’t have to deal with any of the terrible three’s, other days it can be very frustrating.
Jackson reminds me so much of Ava during this time. He’s so sweet, small, curious, adventurous and just being a little kid. So I get it, I sympathize. This isn’t my first rodeo. I am told I was the exact same way, as are most kids this age!
They lied about terrible twos, or they are mistaken. None of my kids had it. 0/5 but terrible threes? 2/5 went through the stage. So while you may have hit the two stage and thought “wow, this is a breeze!” – Just wait. Three’s may be the time.
My advice to anyone who is about to hit the three stage, or who is going through it – BREATHE. It does get better, and doesn’t last long. The light at the end of my tunnel? Ava. She went through the exact same as Jackson, and she’s come out of it just fine. She still has a feisty attitude, which I should just attribute to her being my daughter but other than that – we all survived and lived to tell the tale. 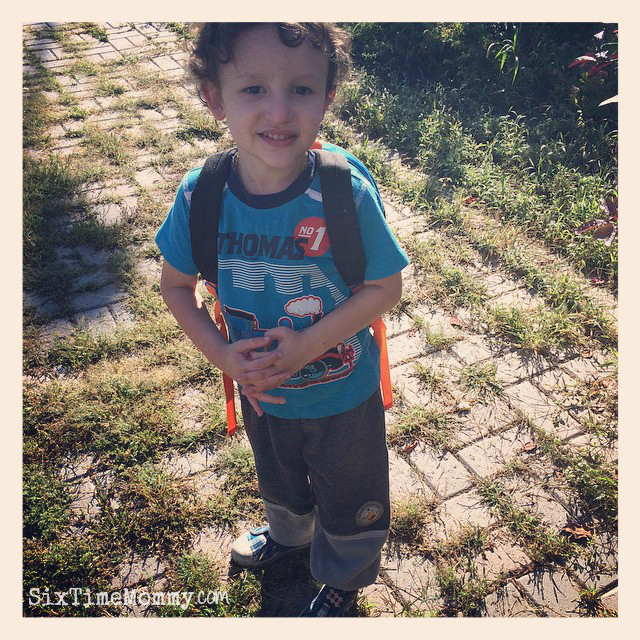 Breathe. Redirect & You too will see the light at the end of the tunnel. They are only so small for so long.. Enjoy it while you can! This too shall pass.
Did your kids ever have a terrible twos or threes phase? or if you aren’t a parent, did anyone else you know go through it?
Previous Post: « Future Musicians?
Next Post: Erin Condren Holiday Collection Review & Giveaway! »