Disclosure: This is a sponsored post. We are celebrating girl power today with our sponsor Simon & Schuster. As always opinions are all my own.

Girl power is something I have felt strongly about since I was a teenager. I’ve had many strong women to look up to in my life, but one that is the most important was my mom. Having three daughters myself and expecting a 4th daughter this coming April I want them to always know that as girls, and eventually women they can do anything they put their mind to! Girl power is something I want to make sure they feel throughout their lives.

As someone who lost my mom when I was sixteen years old, it’s essential to make sure I keep my mom, who was my hero, memory alive. When my mom found out she had lung cancer, she was at peace. She had raised me by herself, worked long hours to make sure I had everything I wanted and needed, and really was always there for me. My mom was my hero because she was everything I always wanted to be. Strong, Independent and best of all an amazing mother who was selfless, and was up until the day she passed away.

My girls have had it tough over the last few years. Dealing with bullying and horrible situations, so it’s imperative to me to make sure they are armed with all they need to be strong, successful and happy women someday. That means starting early.

My girls don’t really have any heroes, they claim I am their hero but when I ask why, they don’t really know. So, upon talking to them more I found out: They are each other’s heroes. They’ve dealt with bullying, and many issues at school – They’ve  always had each other’s backs. When someone is having a bad day, the other girl is right by her side. They are 10 months apart and are each others best friend, biggest supporter and confidante.

I love to see my girls having amazing women to admire. I try to be a role model myself and to also make sure I’m introducing them to strong women – whether in real life or on the page! My girls love to read, so a great way to keep them inspired and empowered is getting books into their hands that have a girl-power message.

The Littlest Bigfoot series is one of those book series that I wanted to introduce to my girls too! From #1 New York Times bestselling author Jennifer Weiner comes a “smartly crafted” (BCCB) and “heartwarming” (School Library Journal) tale of friendship, furry creatures, and finding the place where you belong.  Fans of Jennifer Weiner’s adult books will be excited to know she now writes for children too! The series is about two young girls who are both outsiders, but in finding each other, they find not just a friend but also a hero. They inspire each other, encourage each other, and help each other to see the best in themselves. They may be little girls, but they are big heroes! You can read more about them below. The first two books, The Littlest Bigfoot and Little, Bigfoot, Big City are available now and the final book will release in 2018. 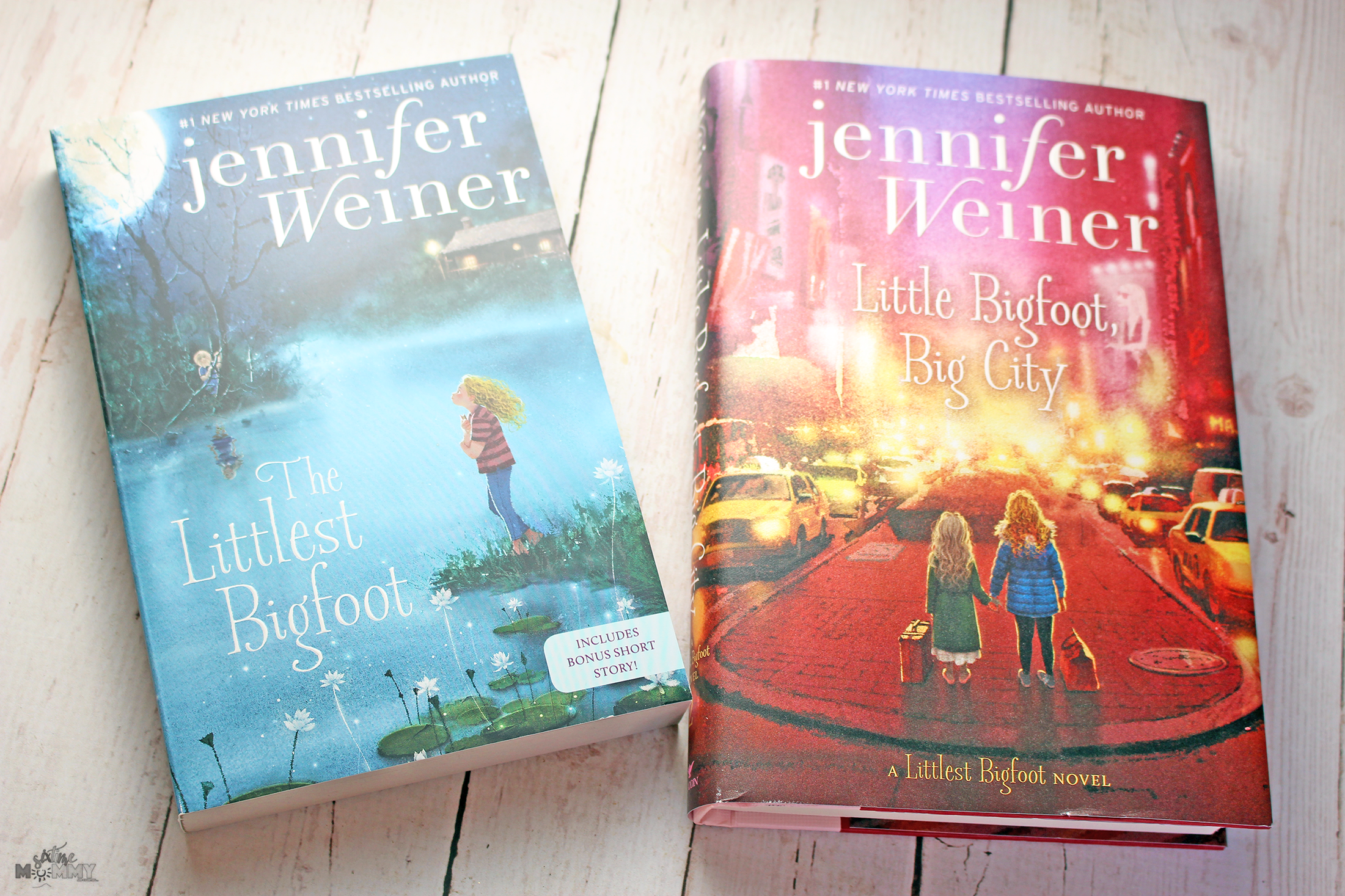 About The Littlest Bigfoot

Book #1 in The Littlest Bigfoot series

Alice Mayfair, twelve years old, slips through the world unseen and unnoticed. Ignored by her family and shipped off to her eighth boarding school, Alice would like a friend. And when she rescues Millie Maximus from drowning in a lake one day, she finds one.

But Millie is a Bigfoot, part of a clan who dwells deep in the woods. Most Bigfoots believe that people—NoFurs, as they call them—are dangerous, yet Millie is fascinated with the No-Fur world. She is convinced that humans will appreciate all the things about her that her Bigfoot tribe does not: her fearless nature, her lovely singing voice, and her desire to be a star.

Alice swears to protect Millie’s secret. But a league of Bigfoot hunters is on their trail, led by a lonely kid… 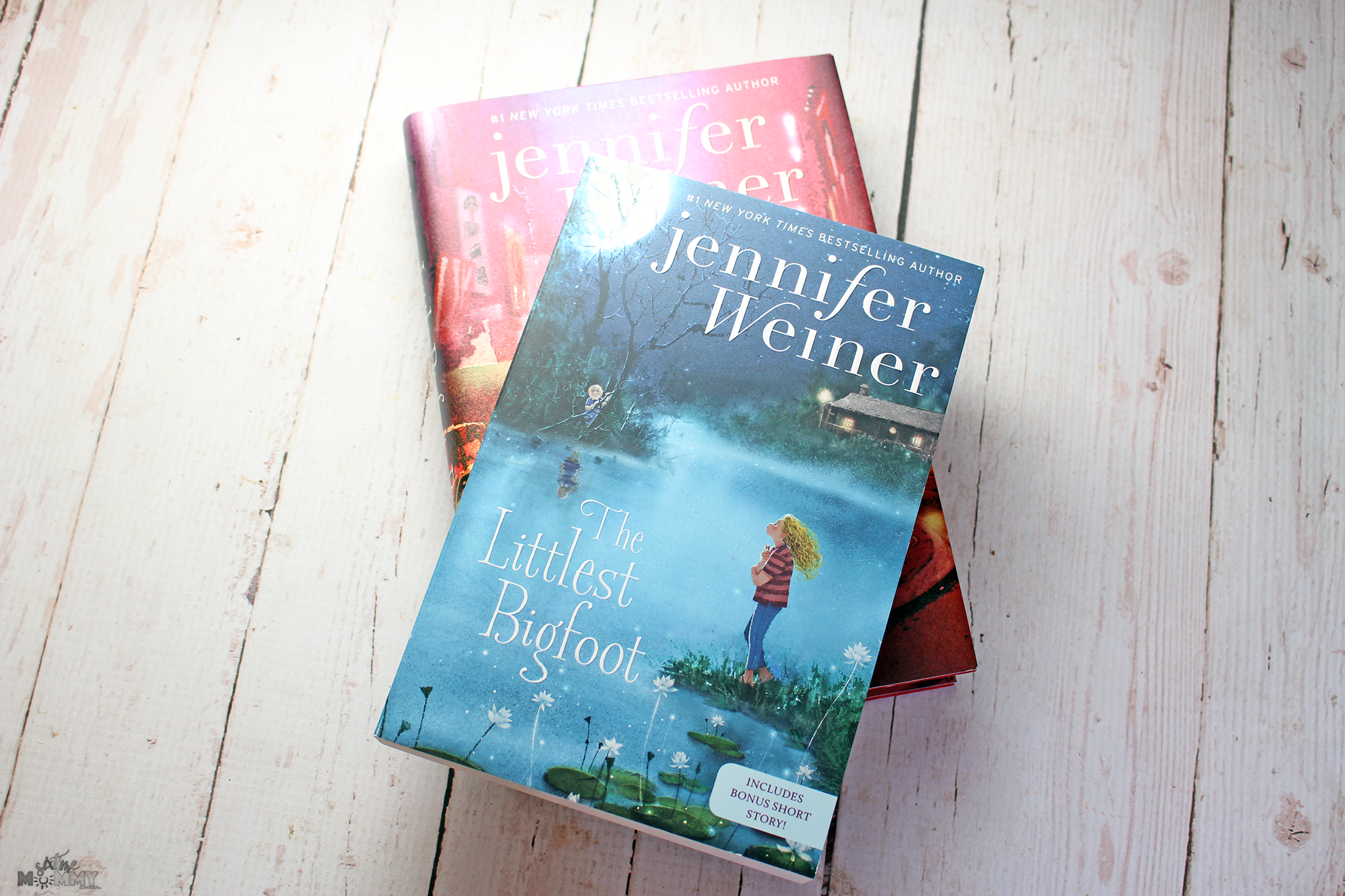 Twelve-year-old Alice Mayfair has a secret. She’s not human. But who—or what—is she? While Alice goes in search of her past, her best friend Millie Maximus, a tiny Bigfoot with a big voice, prepares for her future. Together they plan to sneak off to New York City, where Millie hopes to audition for The Next Stage, the TV show she’s sure will rocket her to stardom and free her from the suffocating expectations of her tribe.

Meanwhile, Jeremy Bigelow’s Bigfoot research has put him on the radar of a shadowy government organization led by a mysterious man named Trip Carruthers. The Bigfoots have something, a chemical so powerful and dangerous that the government will do anything to obtain it. And Jeremy is tasked with securing it once and for all.

In an unexpected twist of fate, Jeremy, Alice, and Millie find themselves facing off at a crossroads. But in order to determine where they’re going, they have to first figure out where they come from—and draw the line between what is good, what is evil, and what it means to be a hero. 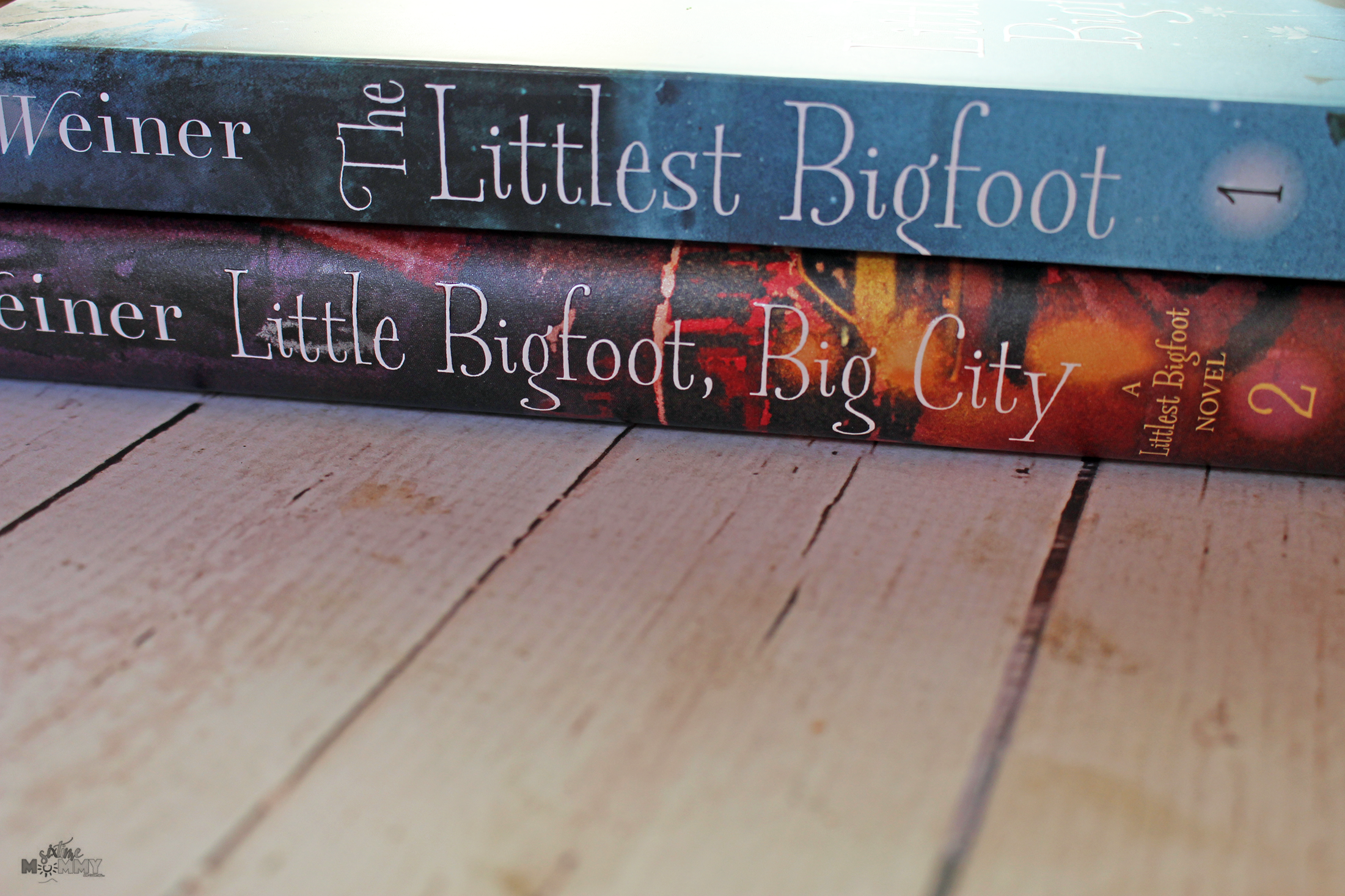 This sweet trilogy explores themes of self-love, positive body image, and friendship between girls. Something a lot of girls nowadays need more in their lives than even us parents realize. These books are perfect for middle-grade readers aged 8 -12! Both my girls love the first two books and are 10 and 11 years old. 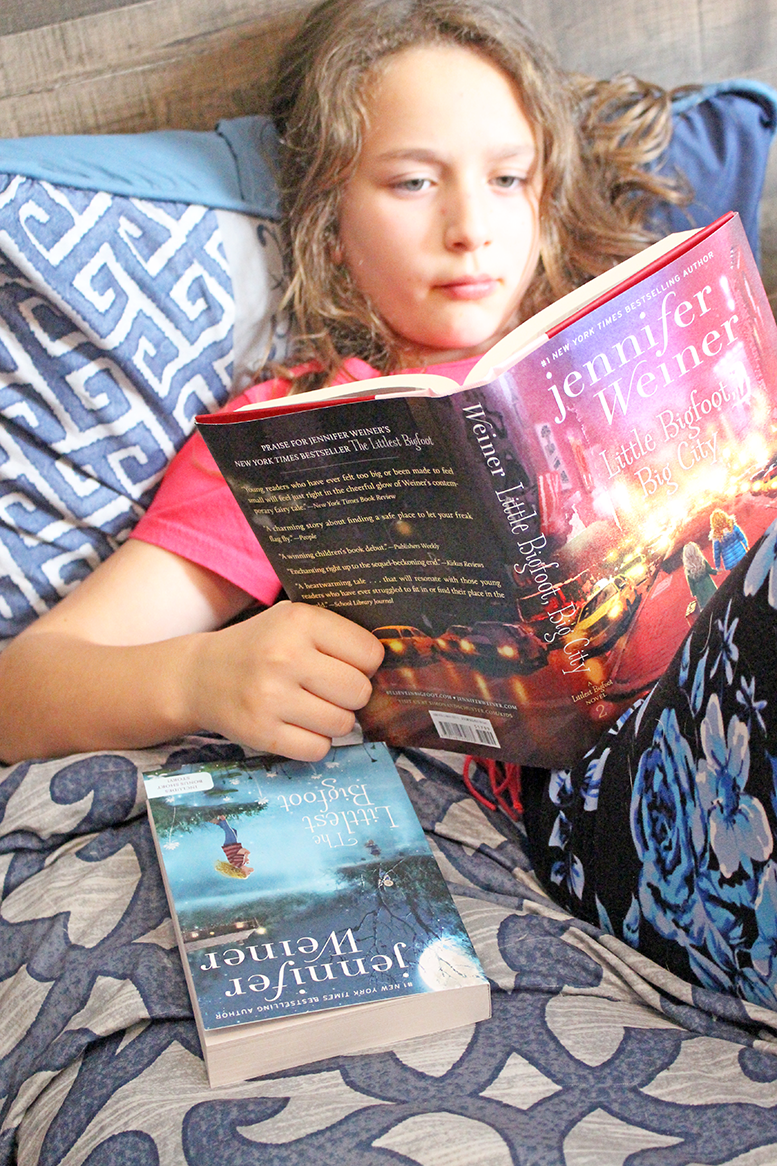 Girls now more than ever need positive influences and role models in their lives. They need books like these to show them self-love and positive body image, as there is too much going on in the world and in schools that don’t show this enough to our future women of the world.

If you have any little ladies in your life that could use some added girl power, be sure to pick up the first two books in this trilogy and look for the 3rd book to come in 2018! 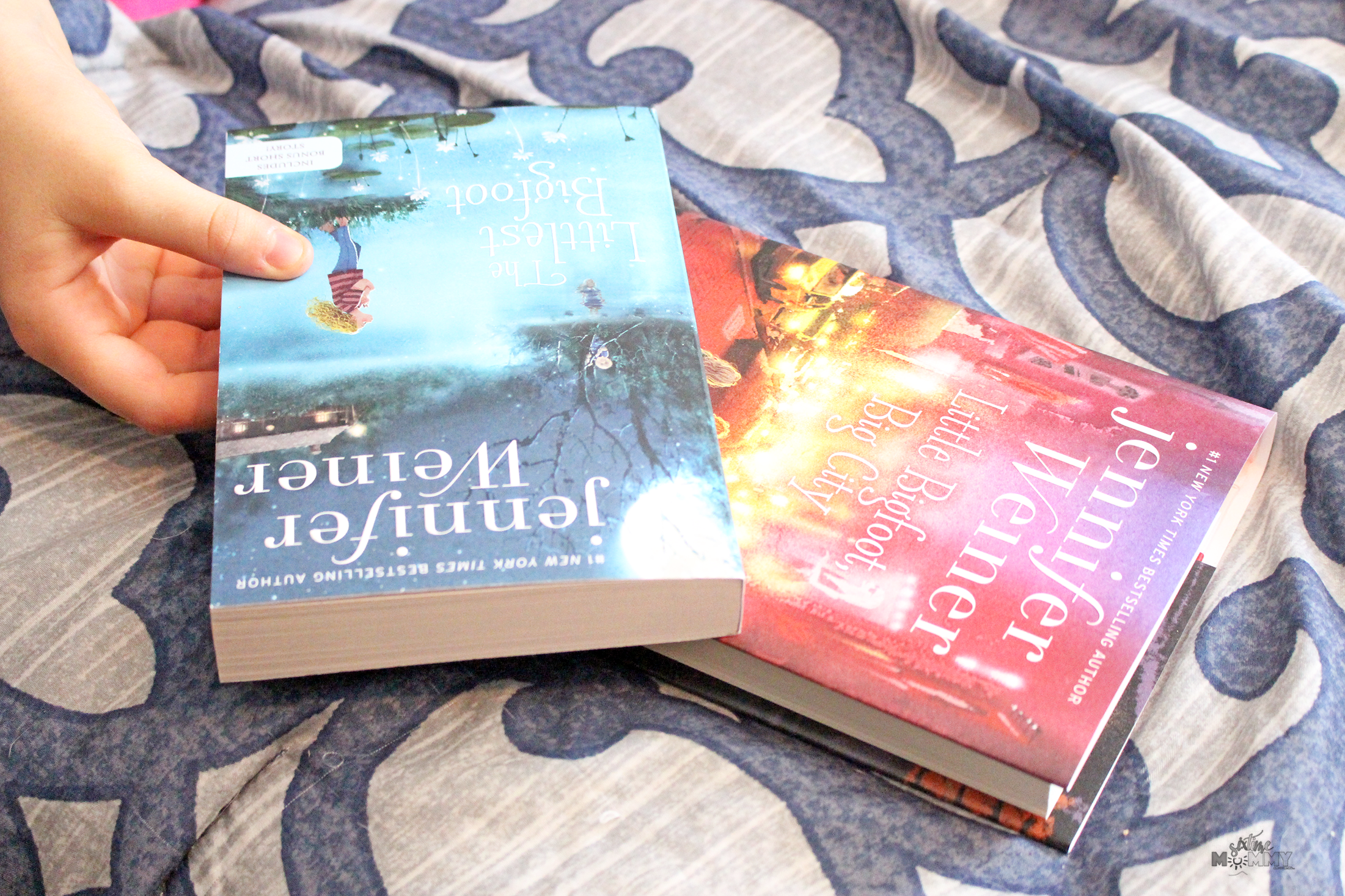 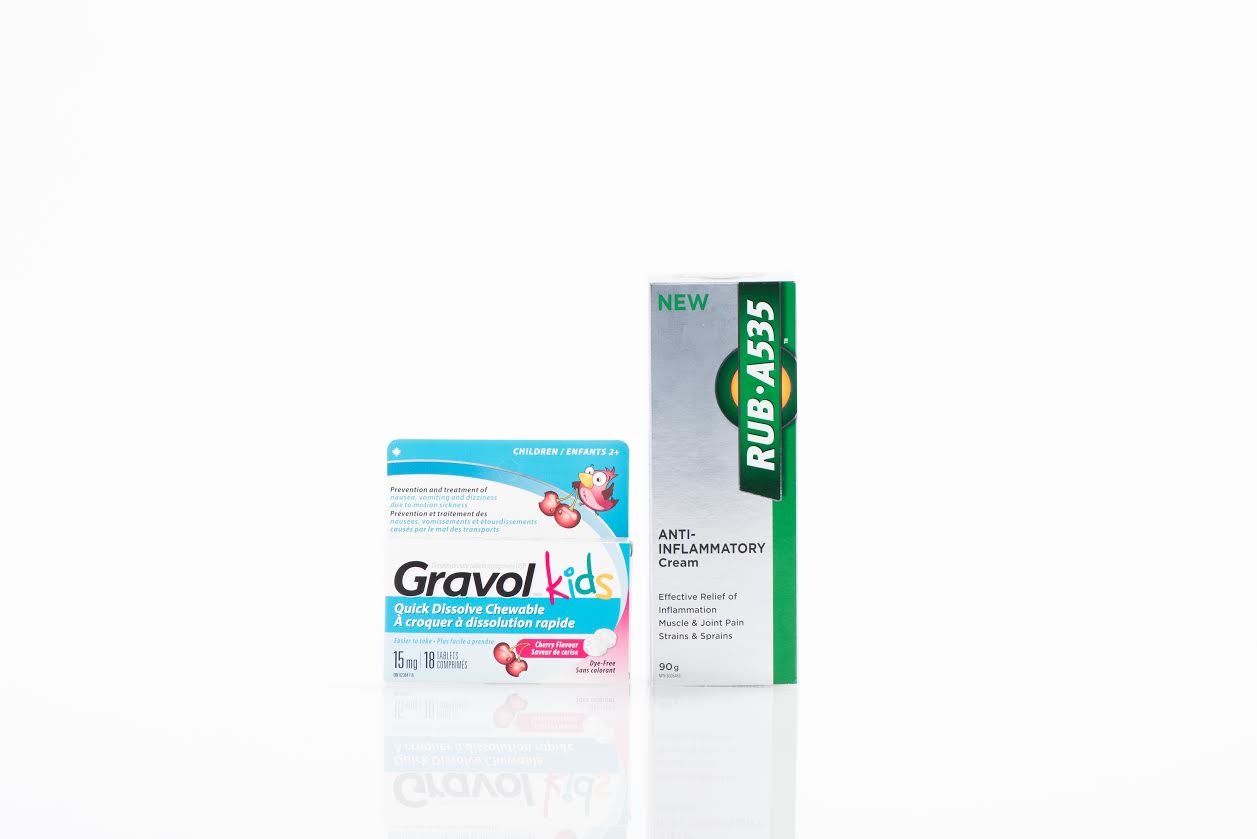 Yesterday my oldest came home from school and reminded me Friday is the last day of school because next week? Is March break! I had completely forgotten as I only have 2 kids in school right now while the other 3 school aged kids are doing homeschooling online (long story, for another day!) I am… 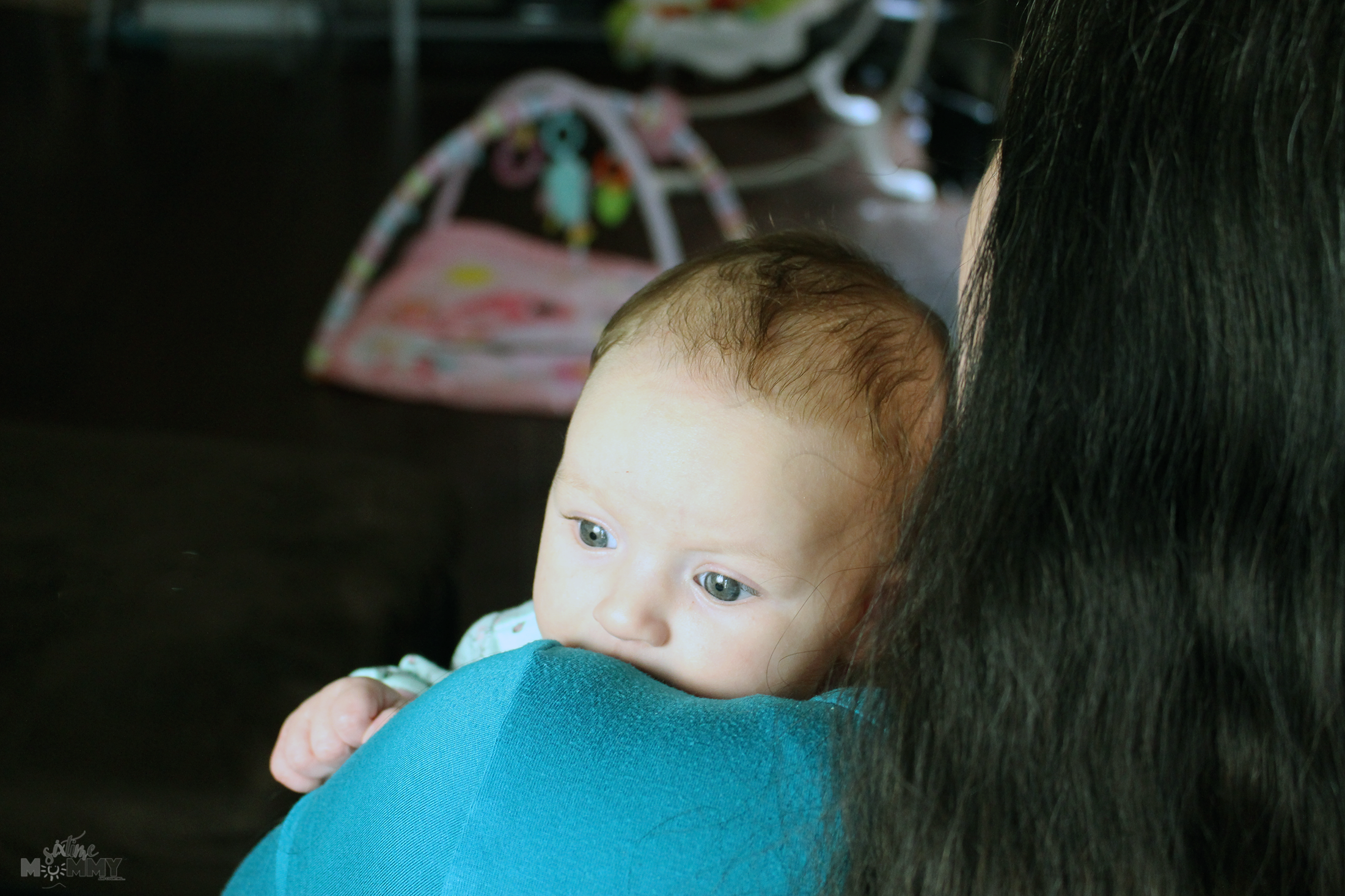 Disclosure: This post is sponsored by Huggies Canada. I am a Huggies #NoBabyUnhugged Mom. As always, opinions are all mine. Back when Mia was born on April 1st all I wanted to do was hug her. When they did that first blood sugar test 2 hours after birth and it came back at 1.1, then… 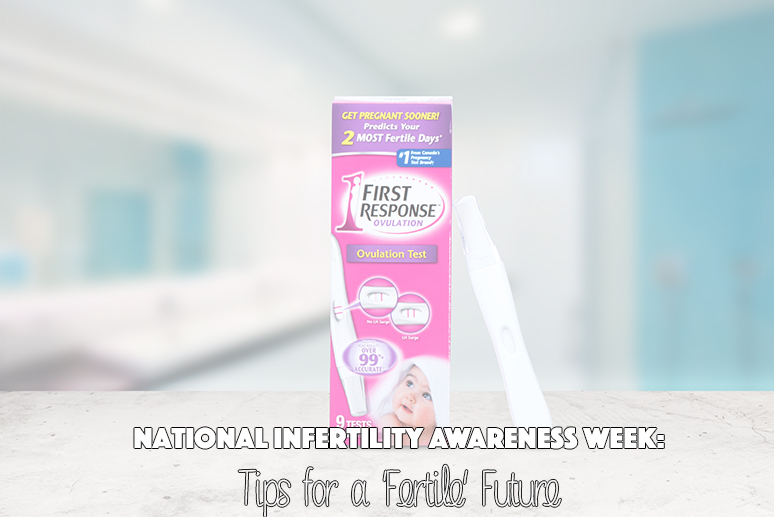 Back in May 2015 when I went to this special dinner with First Response and Dr. David Greenberg we had just started talking about adding “just one more” to our family. Little did I know one month later I would have a positive pregnancy test, but then a month after that I’d be in the… 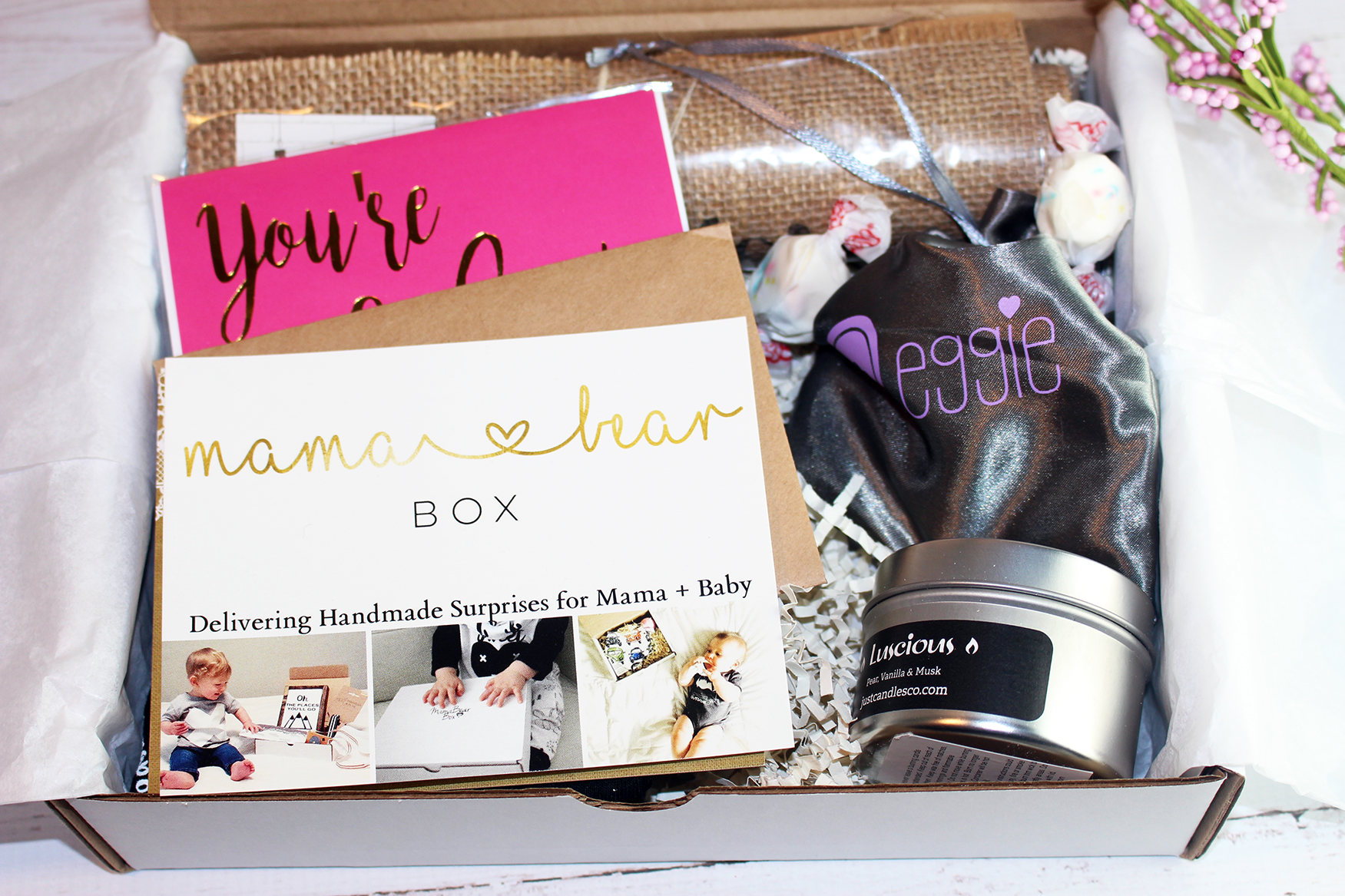 When it comes to my children some may say I’m overprotective, some may even say I’m extreme but to me? I’m just a regular ol’ Mama Bear. I love my kids with everything in me, I firmly believe my sole purpose in life was to be a mama. I was born to raise my little… 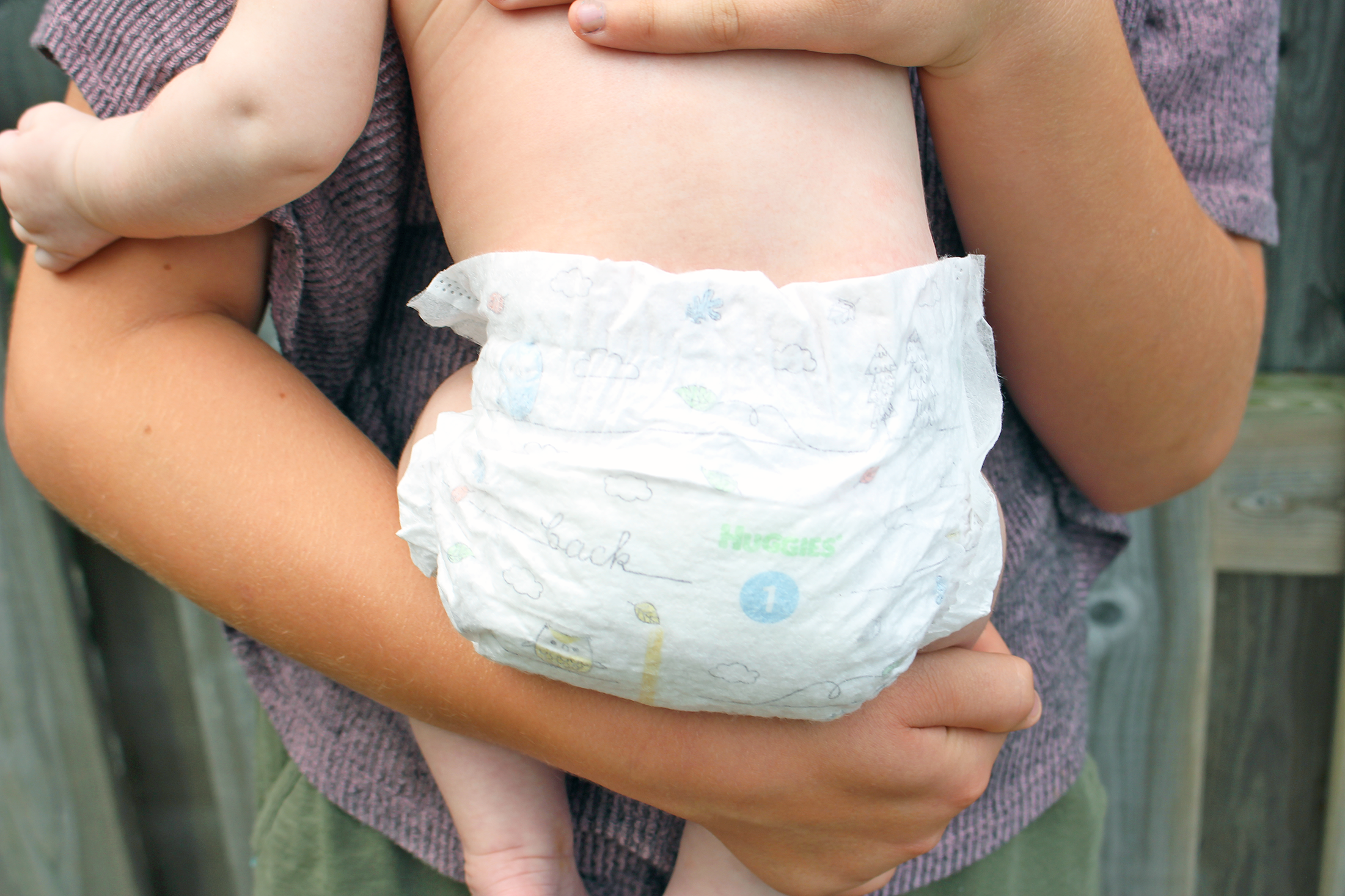 [su_highlight background=”#e1e3e3″][icon name=”star” class=”” unprefixed_class=””] Disclosure: This post is sponsored by Huggies Canada. I am a Huggies #NoBabyUnhugged Mom. As always, opinions are all mine.[/su_highlight] Today is Global Hug Your Kid day. I am very fortunate that I have eight children I can hug all day every day and you better believe I take advantage… 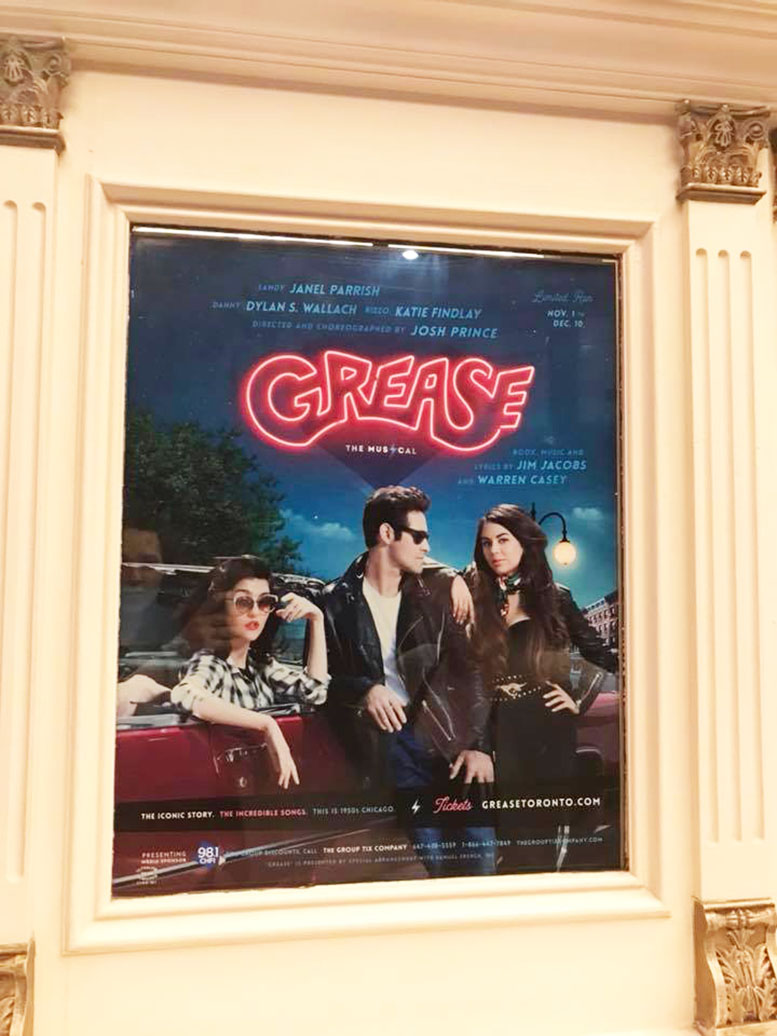 Well this car could be systematic….Hydromatic…..Ultramatic…Why it could be Greased Lightning! (Greased lightning!) It’s a FLASH GIVEAWAY! Are you a big Grease fan? Well, so am I and I am thrilled to bring you this giveaway for a pair (two) tickets to see Grease Live in Toronto on Friday, November 3rd, 2017 at 230pm! All you…