You are here: Home / snow / Toronto Ice Storm 2013…
We knew it was coming, but we didn’t think much of it considering a lot of the weather reports lately change in an instant. Big mistake! I will now always listen, and prepare even if nothing comes of it because although it wasn’t as bad for us as it was for some people living in Toronto it still wasn’t fun.
We woke up Sunday morning to no power. It had gone off around 2am… It was freezing. Turns out, we were hit with a huge ice storm and not only was our street out but 250,000 other Toronto residents power was out also. Everything was covered in ice. Power lines, trees, branches, steps, the roads, the sidewalks and even Christmas lights! It was obnoxious how much ice was on everything and it was thick. I ventured out just on my street to take a few photos because I wanted to make sure I could blog about it! 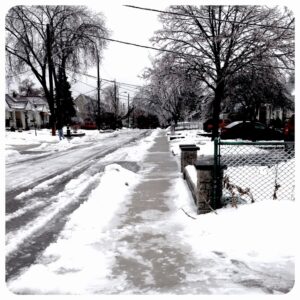 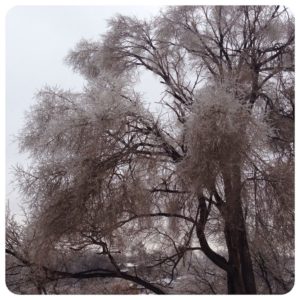 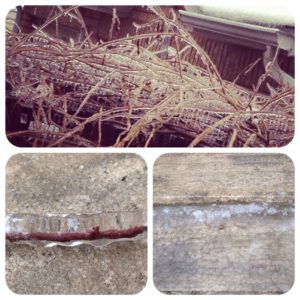 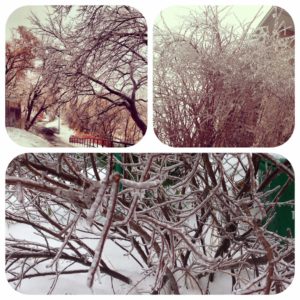 Although it looks incredibly beautiful in photos it was a mess. Our street wasn’t hit nearly as bad as most places. The destruction is pretty bad all over the city. We lost our power for exactly 24 hours only, some people are going on 4-5 days without power now. The worst part of it for me? Wasn’t that we had no lights, tv or internet but that we had no heat. It was mighty cold. We made the best of it though. We wore layers, and cuddled under blankets. Right now there’s still about 72,000 without power. I couldn’t imagine. I opened up my house to a few people without power so they could charge devices, get warm and enjoy some hot food.
The city has got other Hydro workers from all over the Province here working around the clock. I can’t say I wasn’t irritated with Mother Nature the 24 hours we were without power, because I really, really was… But these Hydro workers are working their butts off and even missing Christmas with their families to help restore everyone else. Big thanks to them. I really hope the rest of the city gets restored soon. It’s so cold people and although there is warming centers set up all over the city, it’s still not enough. I was reading some tweets, and people are freezing and very upset. I wish something more could be done!
Although we were in the dark, the kids had fun and couldn’t wait for Christmas… They even played dark tag in the basement with little light. It sure isn’t the same without the tv, lights and all the electronic perks. I was really grateful for the lack of noise and early bedtime that night though! 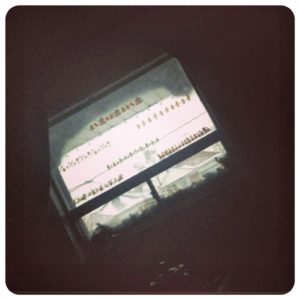 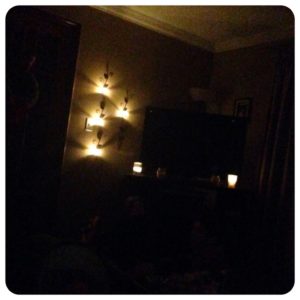 Things to remember: ALWAYS have lots of extra candles, and LOTS of extra blankets handy. Not so fun looking for them in the dark – and it’s not so fun when candles eventually burn out! Hopefully Mother Nature isn’t so mean in the coming weeks or months, at least until Spring.
Previous Post: « Giveaway Sneak Peek!
Next Post: Three things you don’t want to say to mom’s of many… »