You are here: Home / Family / What’s Hair Got to do With Anything?
So, I made the decision last week all my boys needed hair cuts. Usually I trim them at home but lately I just don’t have the time, and to be honest it never looked too decent after I did it. Finding a hair salon that will cut your kid’s hair for you is not always easy. I know that my friend likes to take her little ones to a special Portland kid’s salon so I think we might have to give them a try in the future. However, we are very lucky as there are some wonderful hair salons for kids in our area.
Anyway, I decided I would take Jayden and Jordan first, then Jackson. I would need P to help me with Jackson at the salon so we’d go today when the kids are in school, no big deal.
Last night I took Jayden and Jordan. 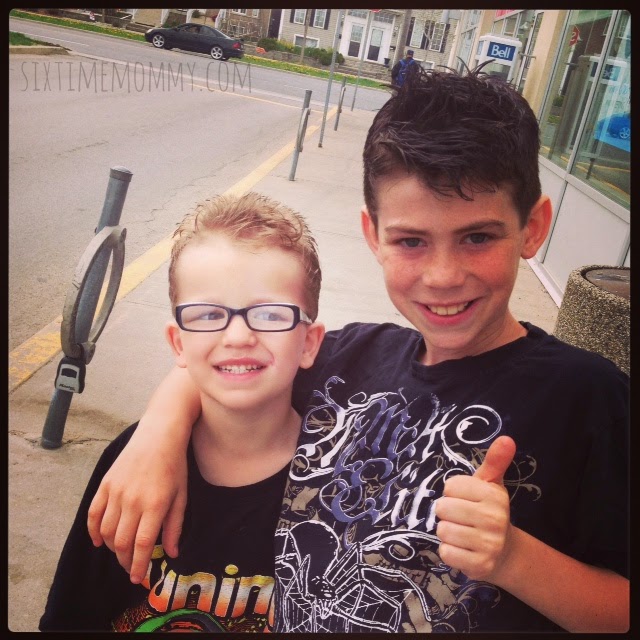 Super cute, right?
Jayden got his first official real cut ever. Jordan, got his usual Ronaldo. 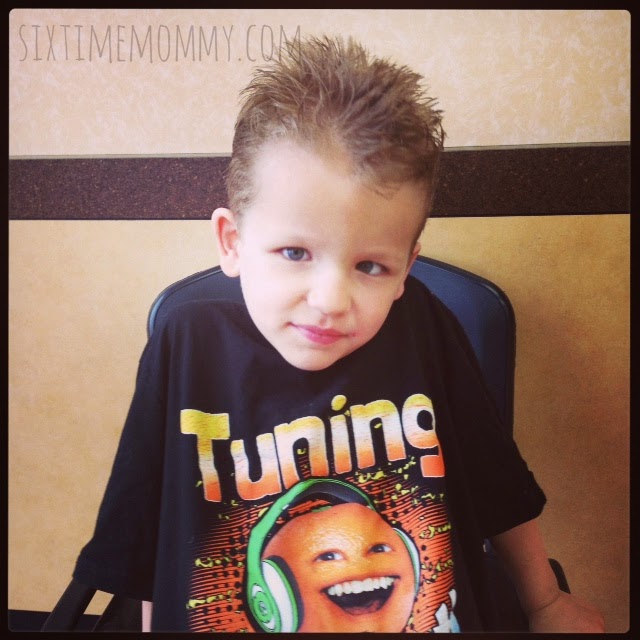 Poor Jayden needed his glasses for this pic but that’s ok! Still adobs.
I got so fed up with people thinking Jayden was a girl so we decided together that he would get this cut. He loves it. I think it’s adorable, and as long as he likes it then who cares what others think.
Jackson went this morning. It was LONG over due. Jackson’s hair no matter what you do to it looks a mess. 5 minutes after a nice spray and comb his hair looks like a big ol’ mess. But we don’t really mind. Doesn’t mean others didn’t make comments, call him a girl or even flat out ask “did you brush his hair today?”
Rude. Simply put, rude.
Here is his before: 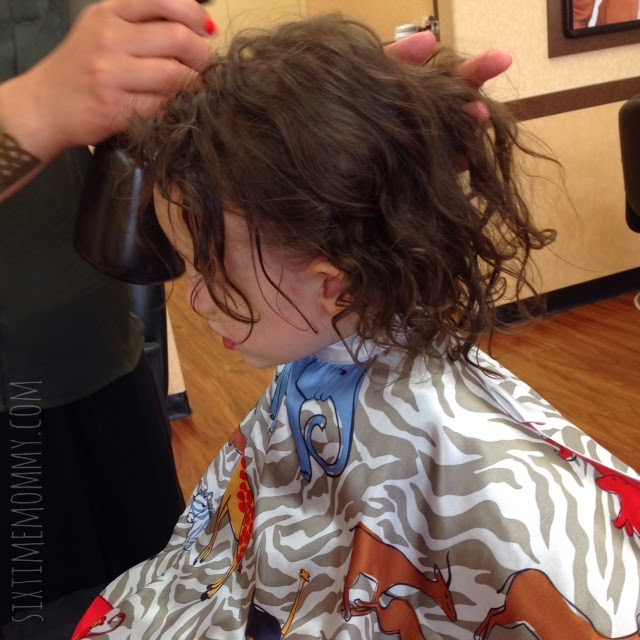 Long and scragly, right? This was after he had a tub this morning, hair washed, brushed and detangled!
Now here’s his new cut: 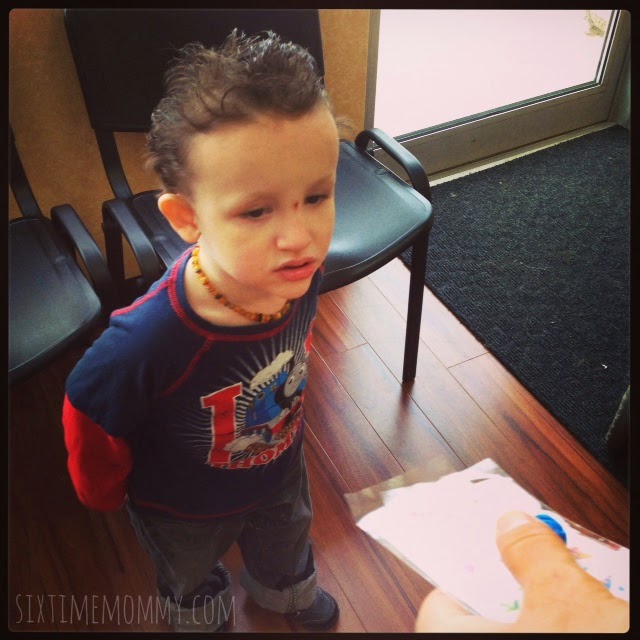 I absolutely love it! I won’t lie I will absolutely miss his long locks. They were him, but this is the new him. Even though he looks so much older, he will always be my itty bitty baby boy!
My kids have amazing hair. It’s not too thick and frizzy like mine. It’s curly and yes, always looks messy. So what? They are who they are.
Why chop off gorgeous locks because OTHERS feel it’s inappropriate that his hair looks a mess or is “too long” If it’s that big of a concern, then obviously the problem isn’t with the child.
I’ve never been one to focus on my looks, I make sure my kids are decently dressed for school – – which doesn’t ALWAYS happen because the 3 older ones like to dress themselves and let’s face it 10, 7 and 6 – they sometimes mismatch BIG DEAL.
I do my best to have my girls hair sprayed, combed and up every.single.day but it doesn’t always stay up. When it comes down? It looks a mess too. That’s how their hair is. BIG DEAL.
My biggest concern? Having happy, healthy kids. And guess what? THEY ARE. They don’t care what their hair looks like or if their clothes match EXACTLY. After a long day of school they don’t care that they’ve played long and hard, that they have grass stains on their pants and mustard on their shirt – they are KIDS. After all, mommy has a stain stick.
My point here is, a hair style, cut or brush or mismatched socks and top doesn’t matter to the small child that is happy with who they are and they don’t care if they aren’t “perfect” because they are kids. It’s the adults who need to take a lesson from these kids who are carefree and not as judgemental because it’s us as adults who make them that way and that’s sad….. Kids need to be kids, and not judged by adults who have nothing better to do.
We often wonder why kids make fun of other kids clothes, hair, make up or whatever – and this is a great example. When do kids turn into judgemental kids who think it’s one way or no way? How did that happen? :/
Previous Post: « DESIGN YOUR OWN kael+kaed genuine Baltic Amber necklace CONTEST!!
Next Post: Erin Condren $25 e-gift card Giveaway! »